NRL great PAUL GALLEN will appear on Nine’s 100% FOOTY every Monday night of the NRL season, debating rugby league’s hottest topics alongside Phil Gould and James Bracey. Tune in tonight at 10:45pm (AEDT) ahead of State of Origin II!

I was initially surprised by the number of changes to the New South Wales side for Origin II, particularly when you remember this is a short preparation.

The game’s on Sunday, and they don’t train until Tuesday because of the time it takes to get to Perth.

My first thoughts were it was more about simply needing to play a little bit better than they did in game one. Queensland were absolutely outstanding, and while New South Wales wasn’t poor, I thought there was still room for improvement.

But when you dig a bit deeper, I think Brad Fittler has gone for the club combinations, and in particular, the Penrith combinations, even more than he did in game one.

Let’s be honest, Penrith is so far in front of the field right now that you can hardly blame NSW for going that way, given the Panthers are three wins clear at the top of the table. They’ve only lost one match all year, so it makes sense for Freddy to stick with those combinations that have worked so well.

I’m not surprised Freddy has gone with Api Koroisau as the starting hooker, and once again it’s down to the Penrith factor. 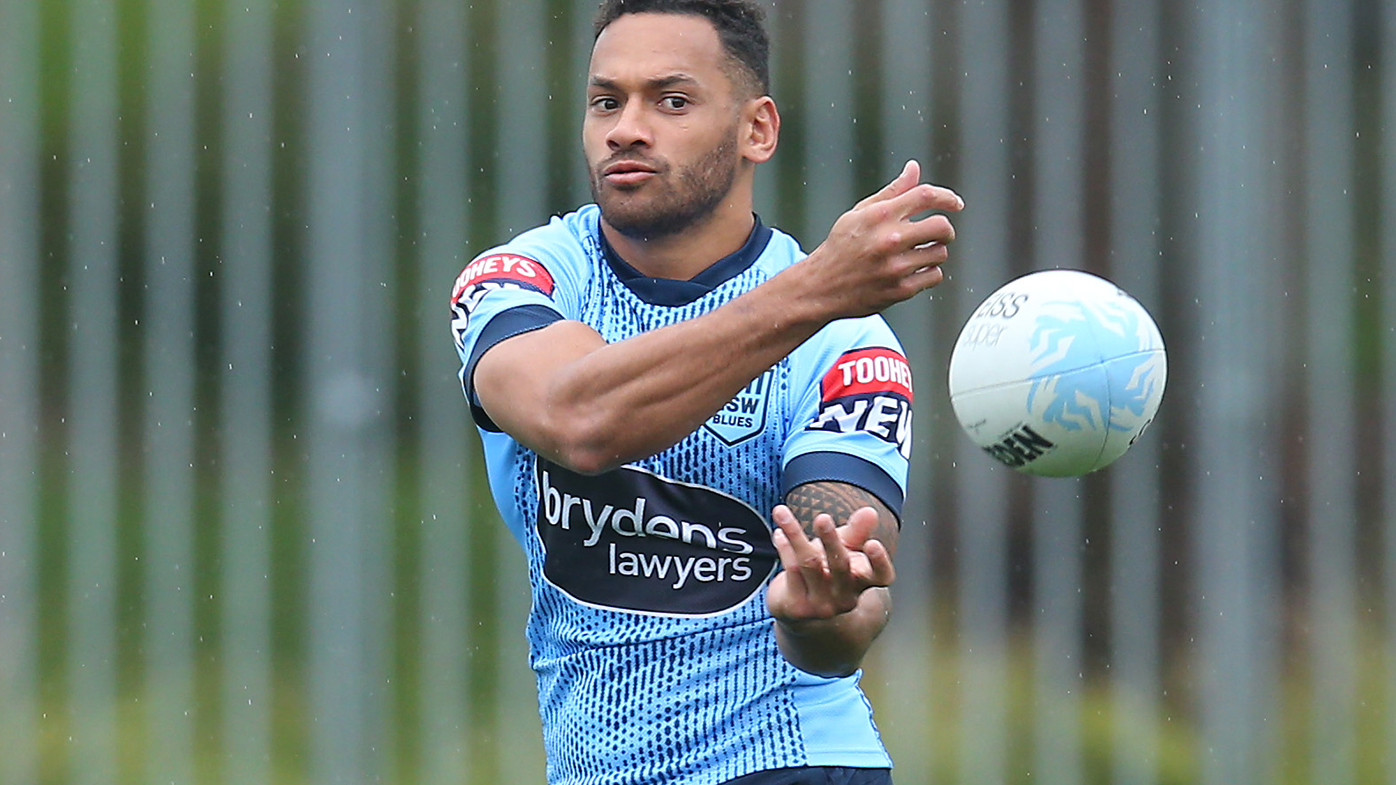 The way the Queenslanders were able to take Damien Cook out of the game at Accor Stadium was a big influence on that result.

I think the plan will be for Api to start the game, tire the Maroons forward out early on, and then Cook can come on. One of the reasons I think he didn’t have the impact he would have liked in Origin I was the fact he played the full 80 minutes, and with Queensland controlling the ruck it nullified his game to an extent.

With Api starting, Cook can hopefully come on and run amok as the Queenslanders start to get tired. That may not even be in the first half, you may not see Damien until the 50 minute mark.

My Wide World of Sports colleague Andrew Johns said recently that the best New South Wales side he played in had Danny Buderus at hooker and then Craig Wing to come on as an impact player, and I expect Cook to play that Craig Wing-type role in Perth.

In Origin matches you almost need two players to share the dummy half role. I know for so long Cameron Smith did it by himself for Queensland, but he was a freak, a once in a lifetime player. You’re probably better off having someone on the bench who can come on and play hooker. 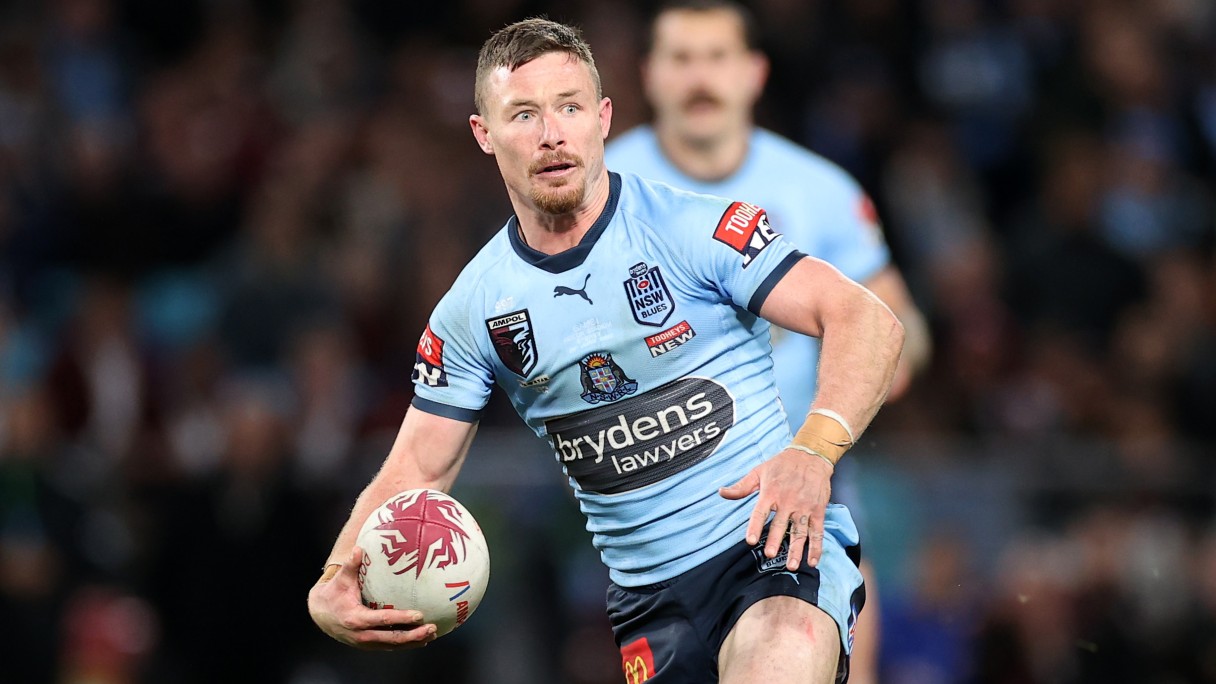 The desire for the Penrith combination is probably the main reason Tariq Sims has been squeezed out, because it allows Liam Martin to play on the right edge with Stephen Crichton at right centre.

The other forwards who’ve been dropped, Reagan Campbell-Gillard and Ryan Matterson, were victims of the way Origin I unfolded. Both of those players were probably outdone by guys like Pat Carrigan and Reuben Cotter.

When you lose the opening game of the series, especially at home, people look for someone to blame. Queensland’s forward pack dominated the game, the pressure they put on Nathan Cleary was immense.

One of Freddy’s complaints was the amount of wrestling Queensland got away with, but to my mind the Maroons just did it better than New South Wales, and Campbell-Gillard and Matterson have probably paid the price for that.

In the backs, Kotoni Staggs is a victim of circumstances to some extent.

When you’re making your debut you just want to get an early touch and get involved in the game, and that didn’t happen for Kotoni in game one. He showed a couple of glimpses where he looked powerful and fast, but then get injured, so it was hardly a debut to remember. 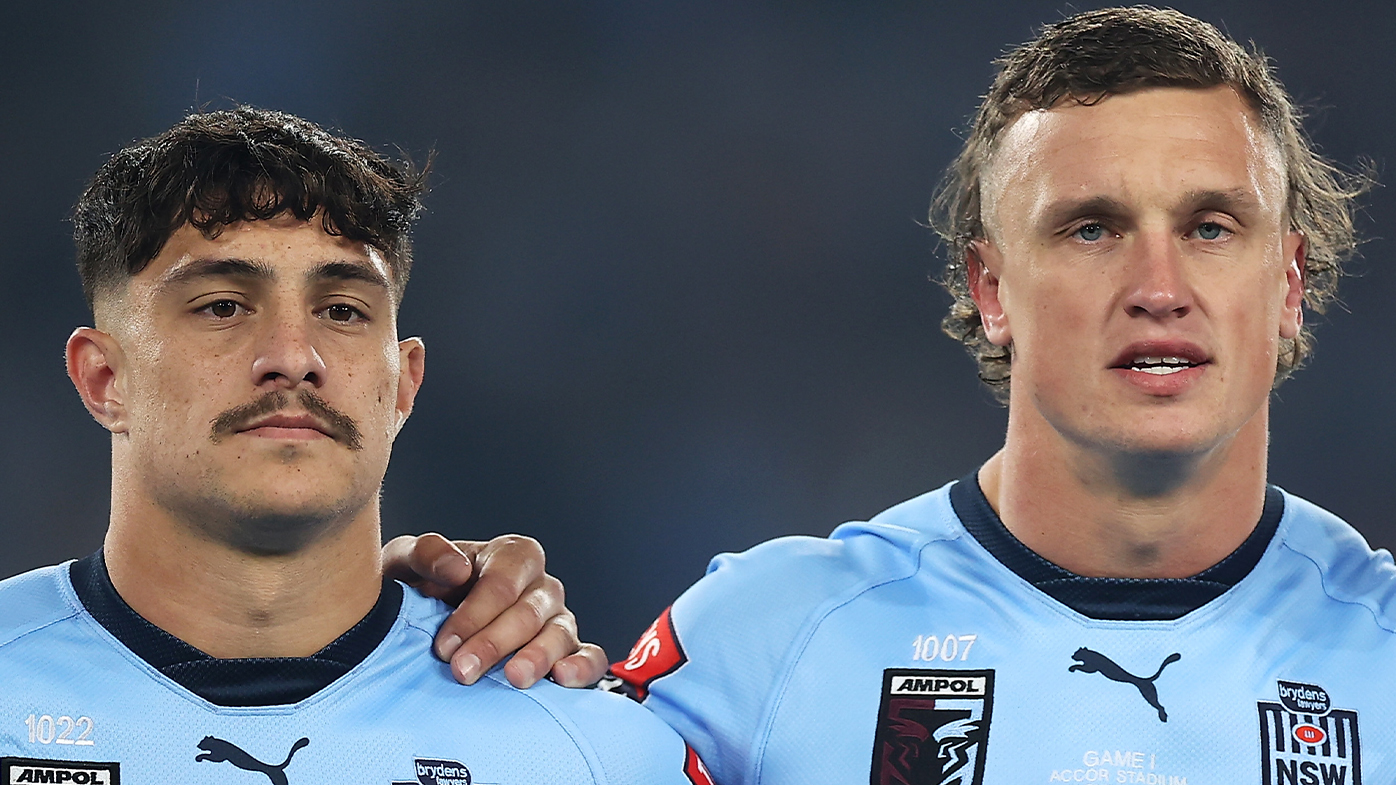 Those two factors, the injury and the lack of an early touch probably set him back a fair bit, it’s not like he didn’t do his job in Origin I. He played for the Broncos on the weekend against the Storm, but my guess is they’ve gone for the safer option of guys who are 100 per cent fit.

NSW has now picked six centres for the last three matches, but to a degree that’s been forced on them with Jack Wighton getting COVID-19.

We’ve now got Stephen Crichton and Matt Burton in the centres, and that’s a reflection of the Penrith-centric team.

Burton might be at the Bulldogs this year, but he was the Dally M Centre of the Year at the Panthers last year, so his combination with Jarome Luai on his inside and Brian To’o on the outside should already be well established. 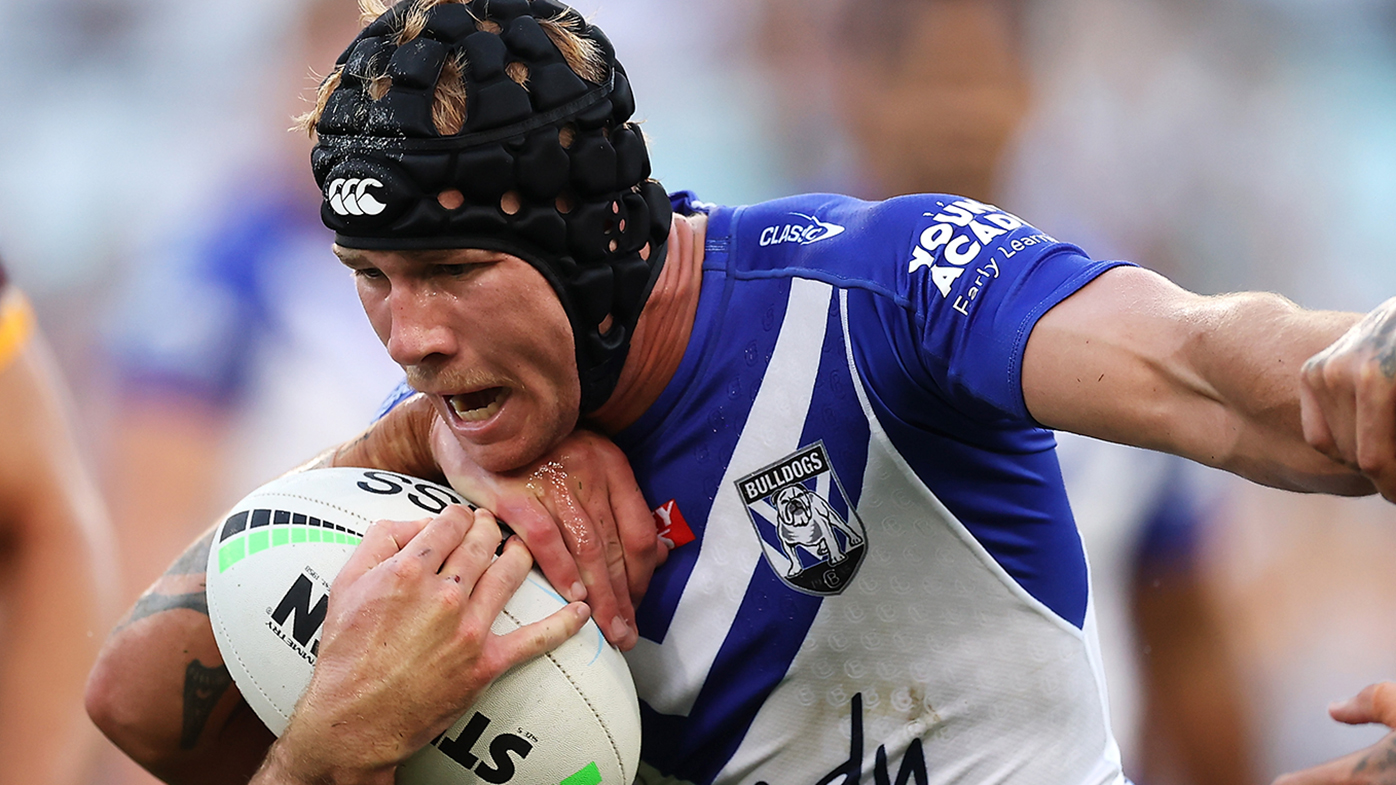 Wighton is really unlucky, he was the best player for New South Wales in game one, but COVID-19 is the reality of the times we live in. He was outstanding at Accor Stadium, so if you look at it from that point of view, he’s a big loss, but there’s nothing that can be done about it.

I had Jake Trbojevic in my squad for game one, so I’m really pleased to see him back for this match.

Prior to game one everyone spoke about the attacking abilities of the Blues’ forwards, because they all had the ability to offload, but when you take a step back and look at it there was nobody there who’s really known as a tough, bruising defender. We’re talking about the toughest football you’ll ever play, when you look at Jake, he stiffens the whole forward pack up.

There has been plenty of talk about Victor Radley’s inclusion given he hasn’t played for a month. Had he been on the field for the Roosters, he’s the type of player who wouldn’t be out of place at all at Origin level.

He’s not in the 17 that Freddy named on Monday, so to me it’s more a case of Freddy realising that a fit Victor Radley is on the cusp of selection. This is likely to be a move with one eye on the future, getting Victor familiar with the squad and the preparation over the week, rather than him ever being a genuine option to play in Perth. 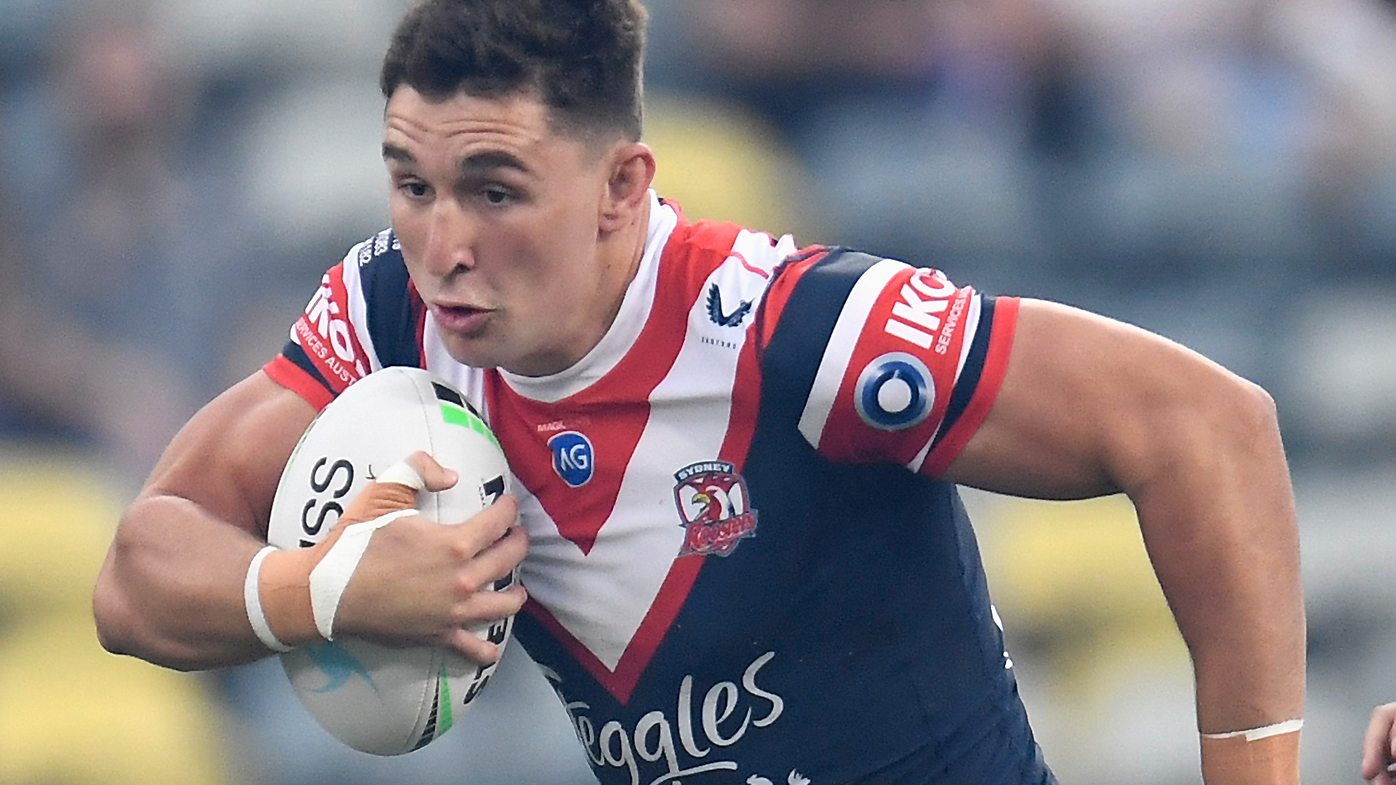 Radley and Joseph Suaalii are probably in the same boat, Freddy is thinking beyond Perth and looking at the long-term picture, so that when they debut they won’t be like a deer in the headlights, they’ll already have a feel for what Origin is like.

When they eventually play they’ll come straight into camp and hit the ground running, it’s one of the advantages of having 22 in your squad, that ability to plan for the future.

New South Wales is 1-0 down, so there’s no second chances anymore. They have to win. I’ve been in that situation before, and it definitely lifts you. You want it so much.

The Queenslanders won’t ever admit it, but that element of safety can also play a role. At the back of their minds is that knowledge that they’ve got game three in Brisbane if they need it. All it takes is a couple of players to be off by a couple of per cent, and that’s the difference.

Fingers crossed that’s enough to get the Blues home on Sunday night.