UPDATE: Gold Coast young gun Will Powell will miss the remainder of the season due to the gruesome lower leg injury he suffered in a tackle against Adelaide.

The 22-year-old was rushed to hospital after the injury, which was revealed to be a dislocated and fractured right ankle after scans. Powell also suffered ligament injury in the tackle.

“It was a pretty severe injury, he’s dislocated and fractured his ankle with a bit of ligament damage in there as well,” Suns general manager Wayne Campbell said in a statement on Monday afternoon. 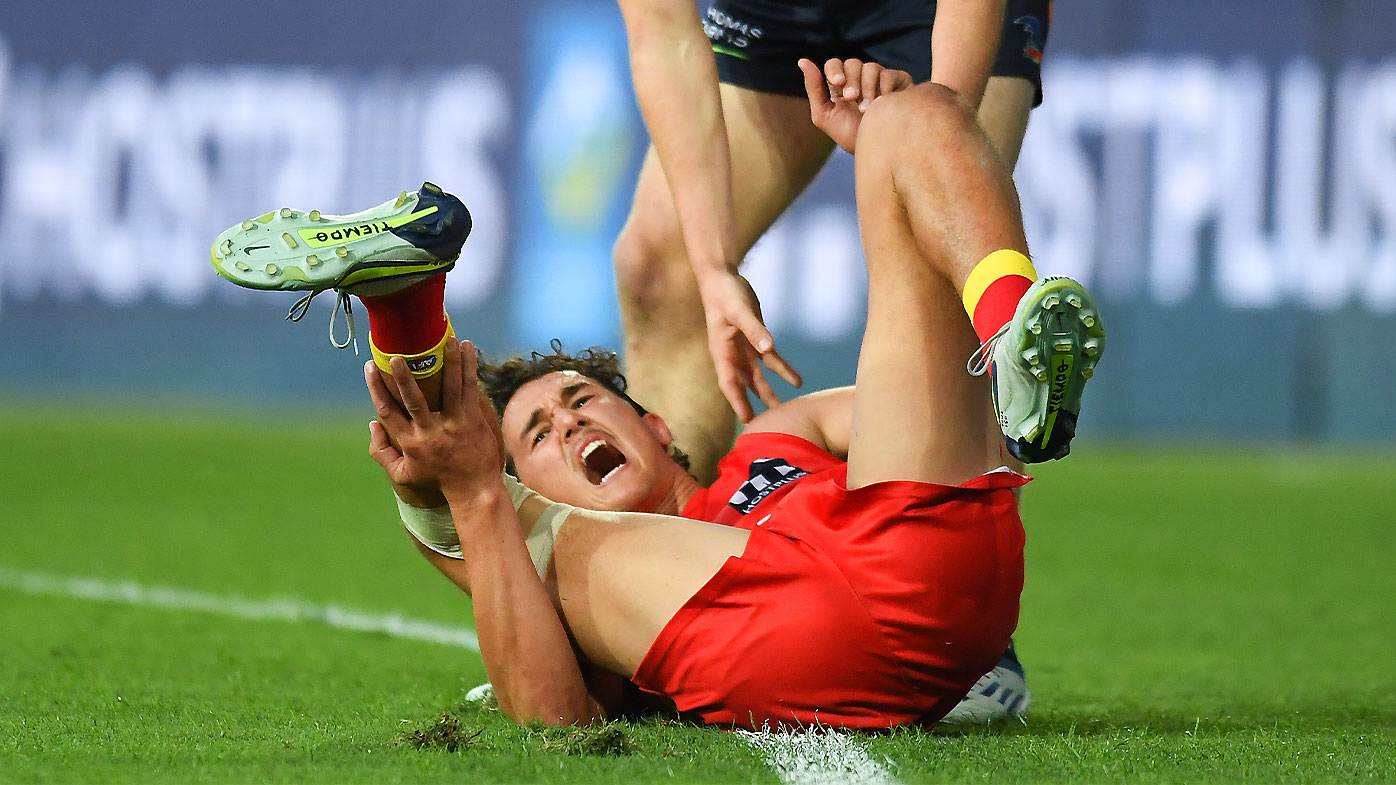 “He spent the night in hospital last night, will be operated on today and will spend a couple more nights in hospital.

“He’s tough and he’s much-loved and we’re looking after him as best we can.

“We’ll put him through a rehab process and are really confident in our medical and high performance department to get him back, but he’ll sit out the rest of the year and we’ll get him up and going for pre-season next year.”

Powell screamed in agony immediately after the tackle, with cameras catching his right foot at right angles from where it usually is due to his leg being twisted.

The unfortunate incident left the commentators covering the match as well as the players stunned, with the match stopped for more than seven minutes as Powell was carted off the ground. 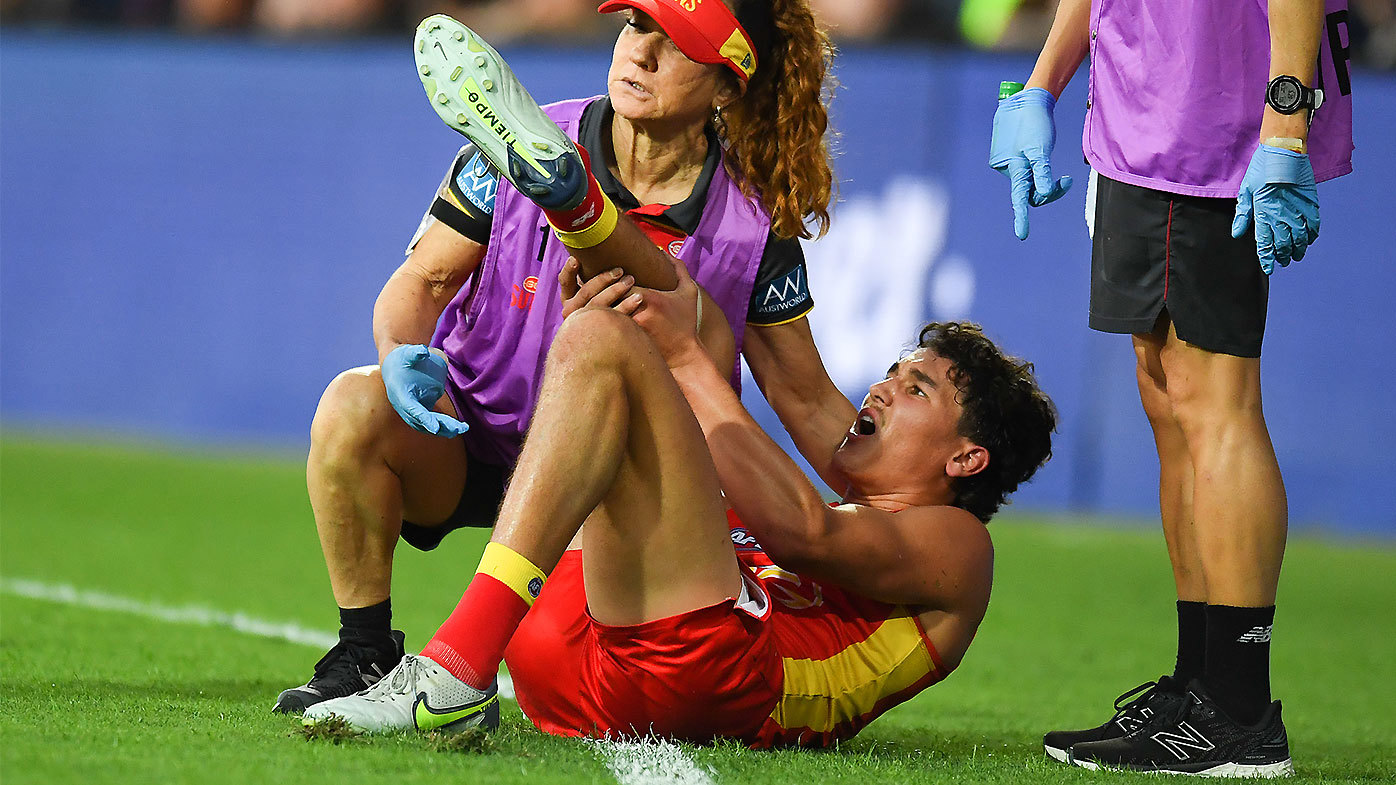 “That is horrific. They’re going to have to stop play for that, surely. They need to get the stretcher out there and stop play,” Fox Footy’s lead commentator Dwayne Russell said immediately after noticing the injury as the play developed.

“Someone from the umpires’ department should radio through to them to stop play. That’s an awful injury,” Hawks great Dermott Brereton added.

“A tremendous fellow, a lovely young man, he’s developed into a terrific player for this team. That is horrific.

“We can still see the sole of the foot there, even from a distance, turned at right angles from where it should be. It’s a horrible sight. We all winced and gasped when we first saw it.”

Suns captain Jarrod Witts admitted the team went through a “lull” in the minutes that followed the shocking injury. 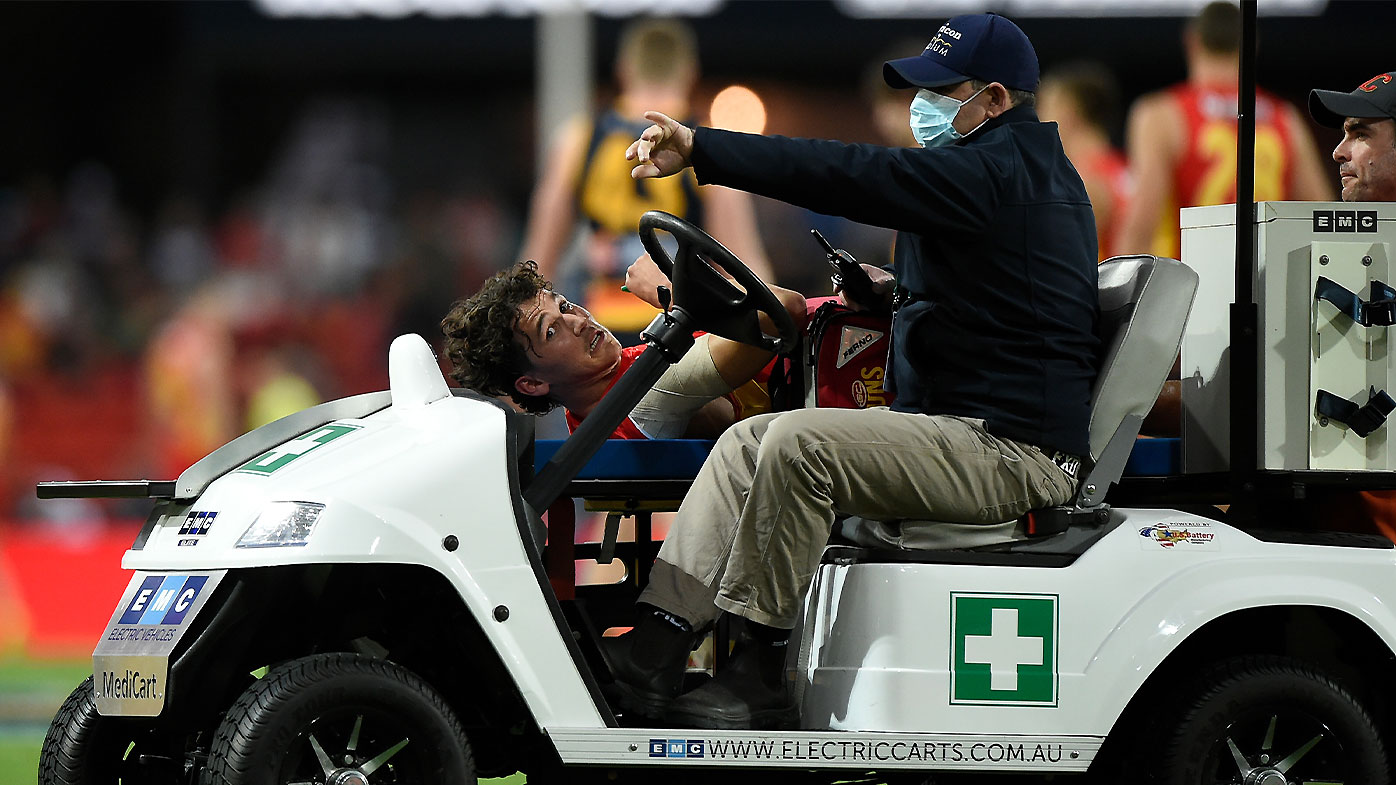 “It’s hard. Will’s such a good clubman (and) brings such good energy to our footy club and we love him,” Witts told Fox Footy after the match.

“Hopefully it’s not too bad, but it didn’t look too good. It was probably a lull there for a little bit after the injury, but we were able to get it back on our terms.”

Powell was one of two Suns injured in the match, with Connor Budarick suffering a hamstring injury in the third quarter.

The Suns remain in 11th position on the ladder with a 7-6 record after the win, just four points adrift of a maiden top-eight finish.