The Sydney Roosters have only missed the finals once in the past decade – but they are in real danger of an early exit before this year’s playoffs.

Three straight losses see them sitting outside the top eight in ninth spot – with a visit to Penrith in their next game.

The Roosters showed some good signs against a back-to-form Parramatta side in a high-quality game last Saturday night.

But ultimately they couldn’t match it with the Eels and tumbled to a 26-16 loss.

This was always going to be a challenging year for the club following the retirements of Boyd Cordner, the Morris twins and Jake Friend.

The club is going through a transitional phase and that may see some short-term pain.

The finals are still well within their reach – but they are going to have to lift their game and get Luke Keary fit and firing to play September football.

Sadly the Knights have become a team that has forgotten how to win.

Adam O’Brien‘s men did everything right in the second half in Canberra yesterday, coming from 14-0 down to lead 18-14 with time running down.

But then experienced five-eighth Anthony Milford put in a little chip kick inside his own half rather than going for distance… and fullback Kalyn Ponga was nowhere to be found when forward Hudson Young put in a grubber kick to score the late winner for the Raiders. 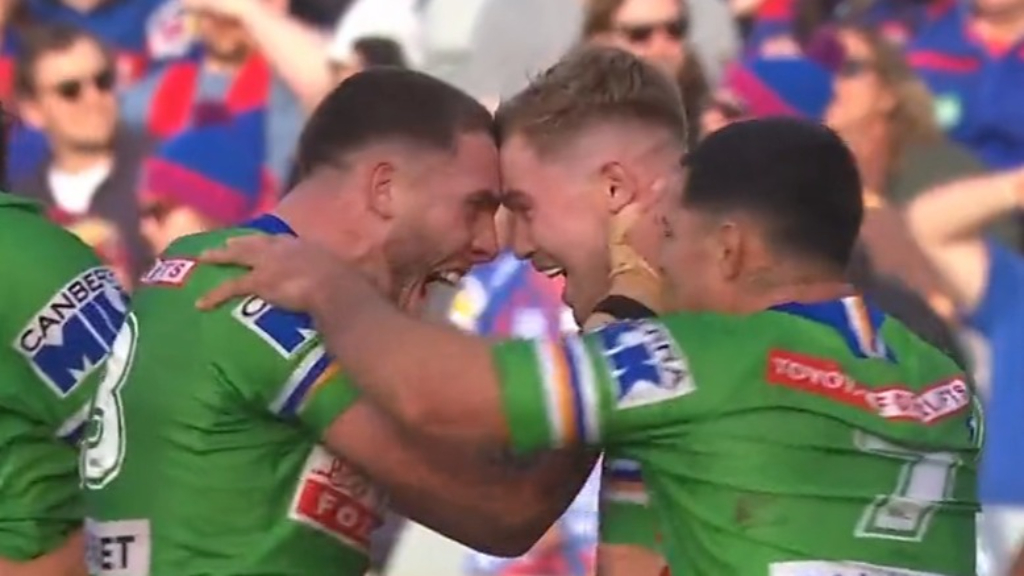 It wasn’t the first time during the game that Ponga wasn’t there in the last line of defence and it was something the Raiders picked up on.

Young admitted after the game that he had discussed putting in a short kick with the coaching staff as he had noticed the Knights often had no-one at fullback.

The Raiders were dreadful for most of the second half – but got out of jail – and now have five wins from their last seven games and look finals bound.

Eels coach Brad Arthur challenged his two front-rowers to lead the way against the Roosters on Saturday night after the calamity that was the loss to the Bulldogs the previous week.

And the two big boppas responded in record-breaking style as the Eels out-gunned the Roosters at CommBank Stadium.

Junior Paulo ran for 219 metres, while Reagan Campbell-Gillard wasn’t far behind on 215 – both personal bests.

It’s unheard of for two props to both break the double century – and their performance paved the way for the Eels’ stunning first half as they charged to a match-winning 26-12 lead. 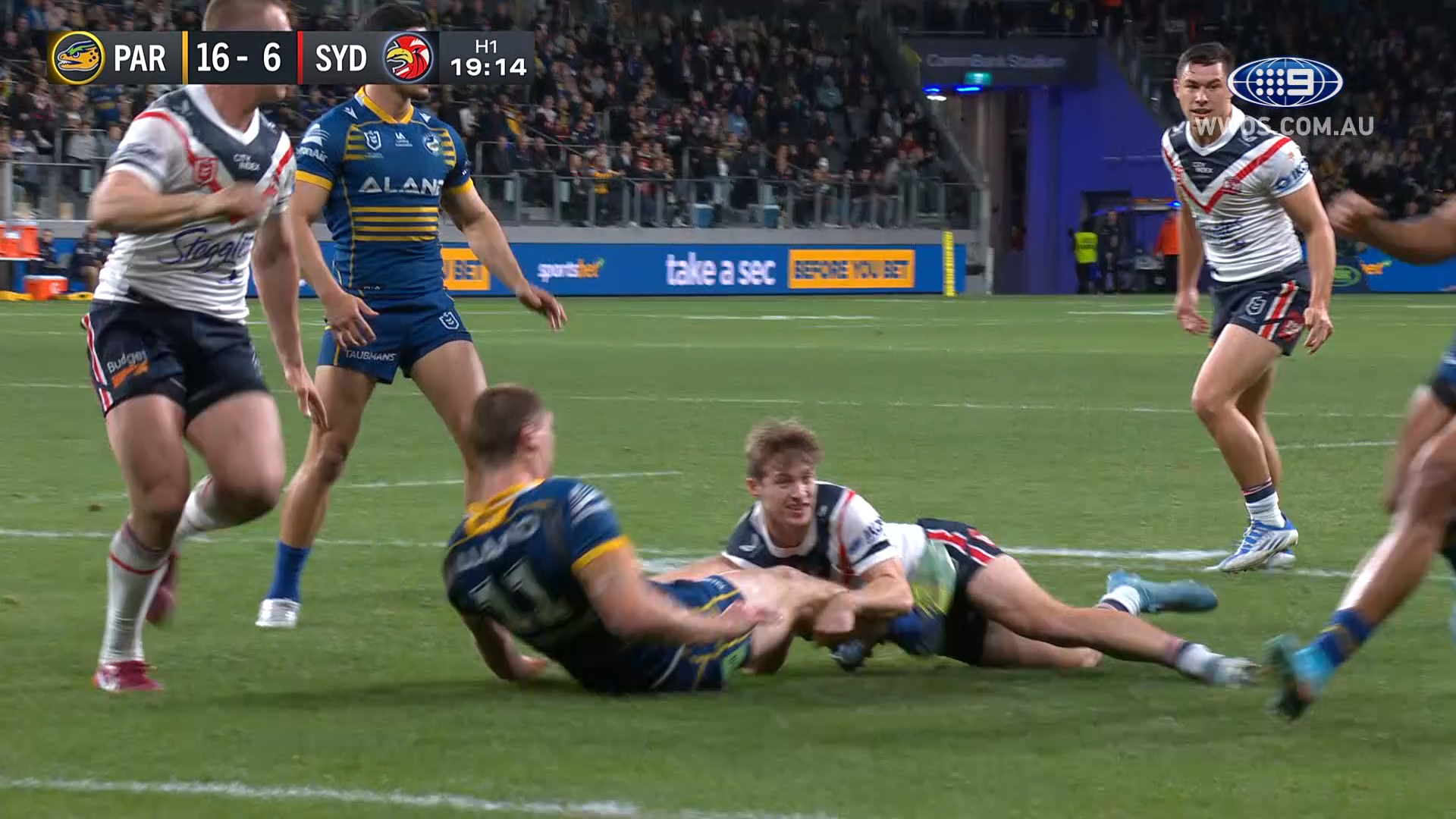 Dylan Edwards cops plenty of jibes from his team-mates as just about the only Panther not to play rep footy – but the irony of it all is that he is playing as well as anyone in the Penrith team.

In the 40-6 defeat of the Warriors at Redcliffe on Saturday night, Edwards scored a try, had another disallowed, produced a game-high 199 running metres and saved several tries with last-ditch defence.

Edwards comes up with the goods week in, week out and is just unlucky that New South Wales has so many good fullbacks in the current era.

The Warriors couldn’t match it with the red-hot Panthers but you have to clap your hands for their effort during the COVID era.

The Kiwi team finally gets to play back home for the first time since late 2019 in their next match in a fortnight and full marks to them for the sacrifices they have made over the last couple of years.

It hasn’t been an easy time for players away from friends and loved ones and they deserve a massive welcome from the fans when they run out onto Mount Smart Stadium against the Tigers on Sunday week.

Nicho Hynes put the heat on Freddy Fittler on the eve of selection for Origin II with a strong performance for Cronulla against the Titans in Coffs Harbour on Saturday.

Hynes showed great finesse throughout a hard-fought 18-10 win, kicked well and had a hand in two tries.

Fittler won’t break up the Cleary – Luai halves combination even though they did little in game one.

But Hynes’ ability to play just about anywhere in the backline must have made him a strong contender for the number 14 role. 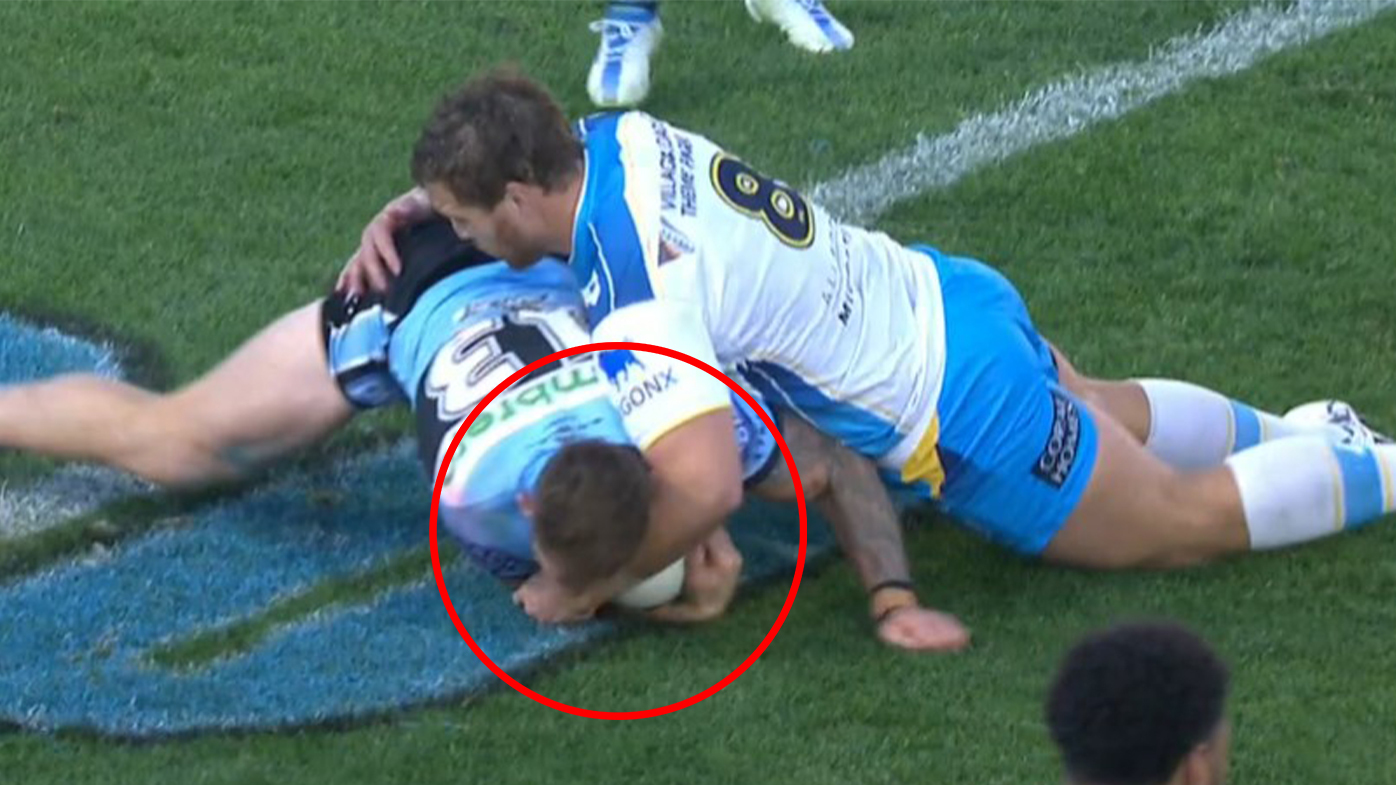 The Broncos’ seven-game winning streak ended against the Storm on Friday night, but the Broncos lost few friends.

Again without their halfback general Adam Reynolds, the Broncos took it to the Storm and led 16-6 at one point before the teams were locked 16-all at halftime.

The Storm’s class shone through in the second half but league historians knew what was coming – Melbourne have now won 11 in a row against Brisbane. 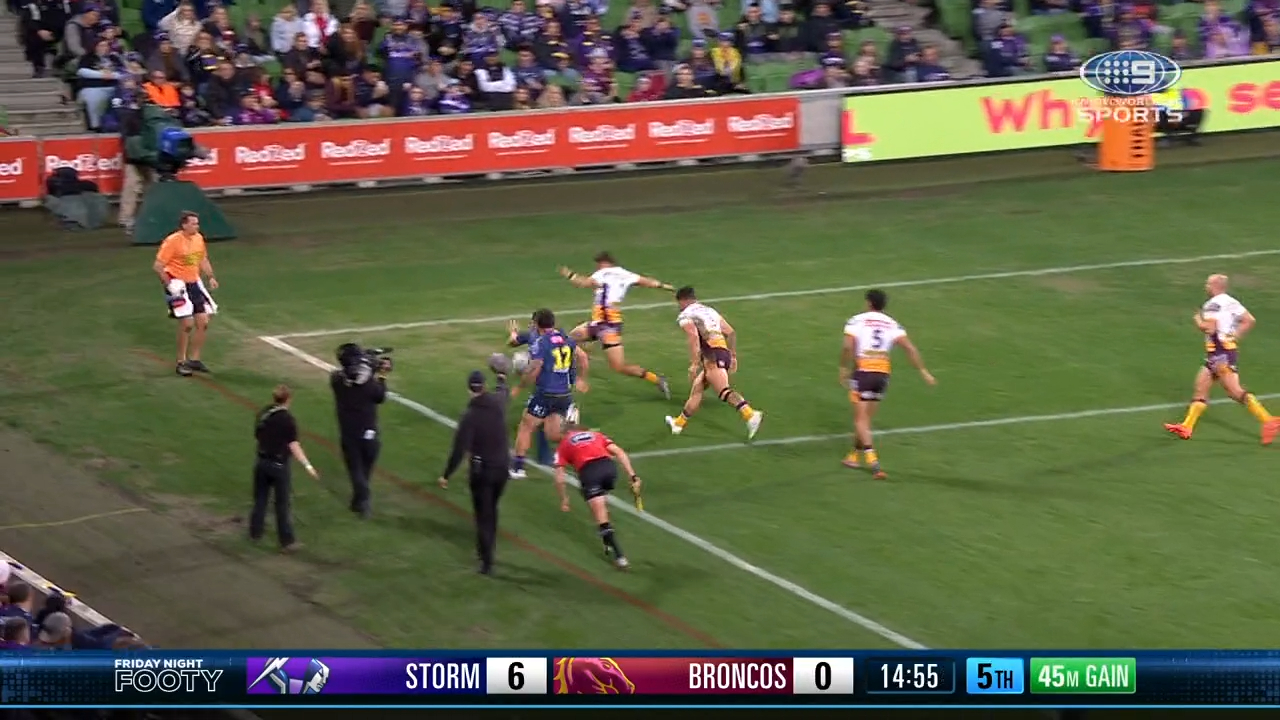 The Cowboys have speed, power and class – but against Manly on Friday night they also showed they have a real mental toughness.

Brookvale is never an easy place to win – especially when you lose a key man like dynamo Reuben Cotter in the warm up.

And when Manly led 26-12 with seven minutes to play, it looked like the Cowboys had fallen for a classic Des Hasler ambush.

But the boys from Townsville refused to toss in the towel, scoring three quick-fire tries to somehow steal a 28-26 win against a shell-shocked Manly outfit.

The win keeps the Cowboys firmly entrenched in the top four – and they are the team the two big guns, Penrith and Melbourne, fear most.

You’ve got to feel for Manly hooker Lachlan Croker, who had the game of his life at Brookvale on Friday night before it all ended in tears.

The unheralded Croker had the Sea Eagles well and truly on course for an upset win, scoring two tries and kicking a crucial 40/20.

Croker looked a certainty for man of the match honours – until Manly crumbled like a cheap suit in the final seven minutes of the game.

Night to savour for Dragons

Just a week after a disastrous visit to North Queensland, the Dragons came up with arguably their finest performance of 2022.

Rated rank outsiders by the bookies against Souths in Wollongong, the Red V simply destroyed the Bunnies in the first half, playing sparkling football to charge to a 32-0 lead at the break.

It was a night to savour for the Dragons faithful in a mixed season:

*Blake Lawrie played his best game of the year with 206 metres and 34 tackles.

*Zac Lomax snapped out of his recent form slump with a five-star game and Ben Hunt was again superb. 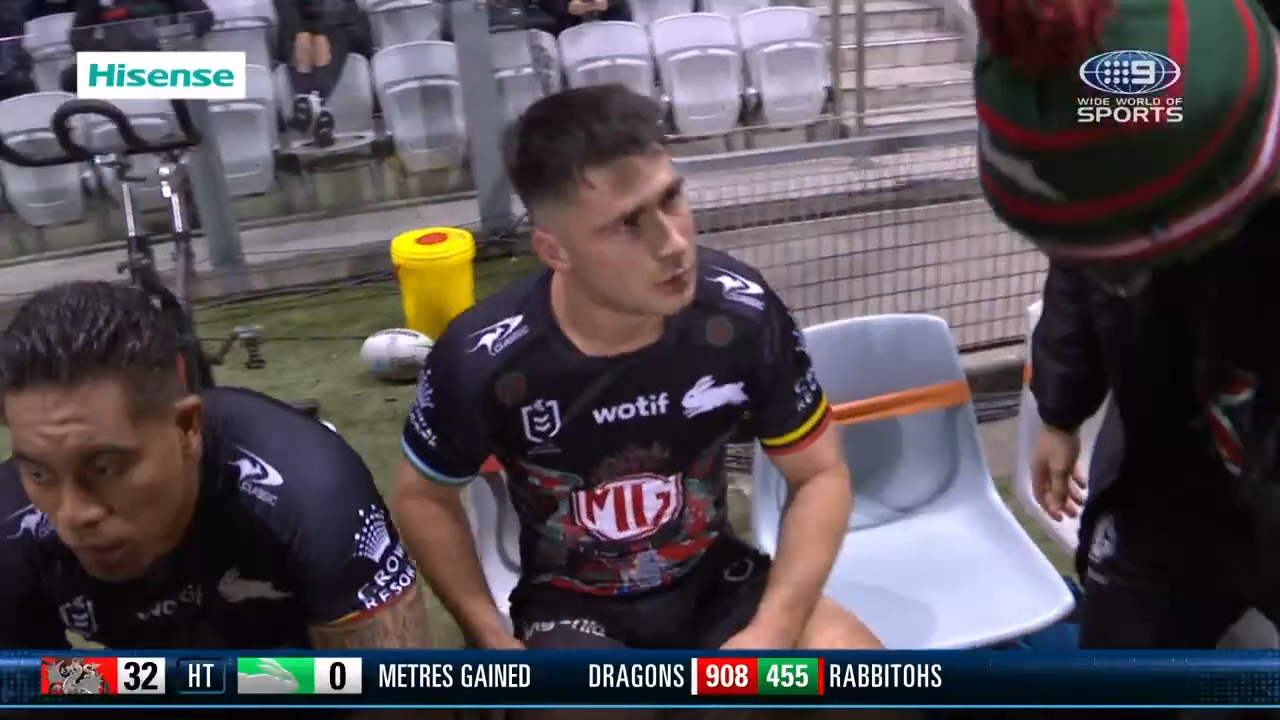 Was hooking Ilias a blessing?

Some argue it will set Ilias back and damage his confidence for the run in to the finals.

But I take the opposite view – Ilias knocked on the kickoff to the game and only got worse as the Dragons racked up a 32-0 halftime lead.

Keeping Ilias out there could have further damaged his self belief and the youngster now has a chance to reset and prepare to make amends next week.