West Coast Eagles star Jeremy McGovern was forced to spend the night in hospital following a brutal clash that left him with broken ribs.

McGovern was subbed out of West Coast’s clash with Geelong on Saturday after a second-quarter collision with Cats forward Jeremy Cameron.

The collision left the four-time All-Australian backman on all fours on the turf before he was assisted off the ground by the Eagles’ medical staff.

West Coast confirmed in a statement that the 30-year-old had spent the night in Royal Perth Hospital following the incident. 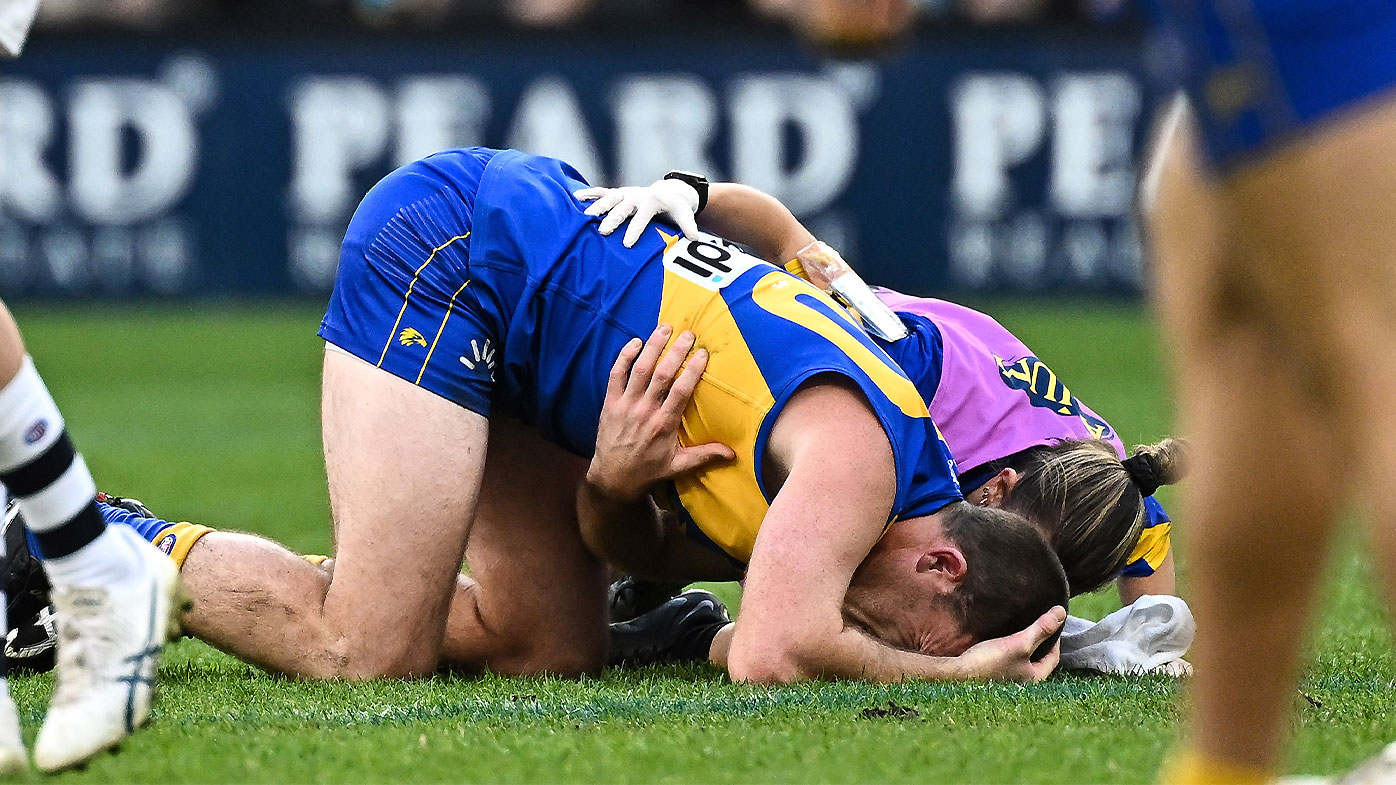 “McGovern is receiving the best care and is in a stable condition,” the statement read.

“He is unable to receive visitors but is expected to be released from hospital tomorrow.

“The club requests privacy for Jeremy at this time and will make no further statement until more details become available.”

McGovern has history with rib injuries having famously played with broken ribs in the Eagles’ victorious 2018 grand final.