Peter Bol has again broken the national and Oceanian 800m records in a scorching run on the cusp of the World Athletics championships and Commonwealth Games.

Although Bol had to settle for second after Frenchman Benjamin Robert clinched victory in controversial scenes at the Paris Diamond League meet, the 28-year-old Australian posted a time of 1:44.00 to lower the national and Oceanian records belonging to himself.

“We’ve built this new level of confidence,” the Australian Olympic hero said after his stellar run.

It marked the third time Bol had achieved new national and Oceanian benchmarks, after doing so in his preliminary heat at the Tokyo Olympics and again in the semi-finals. 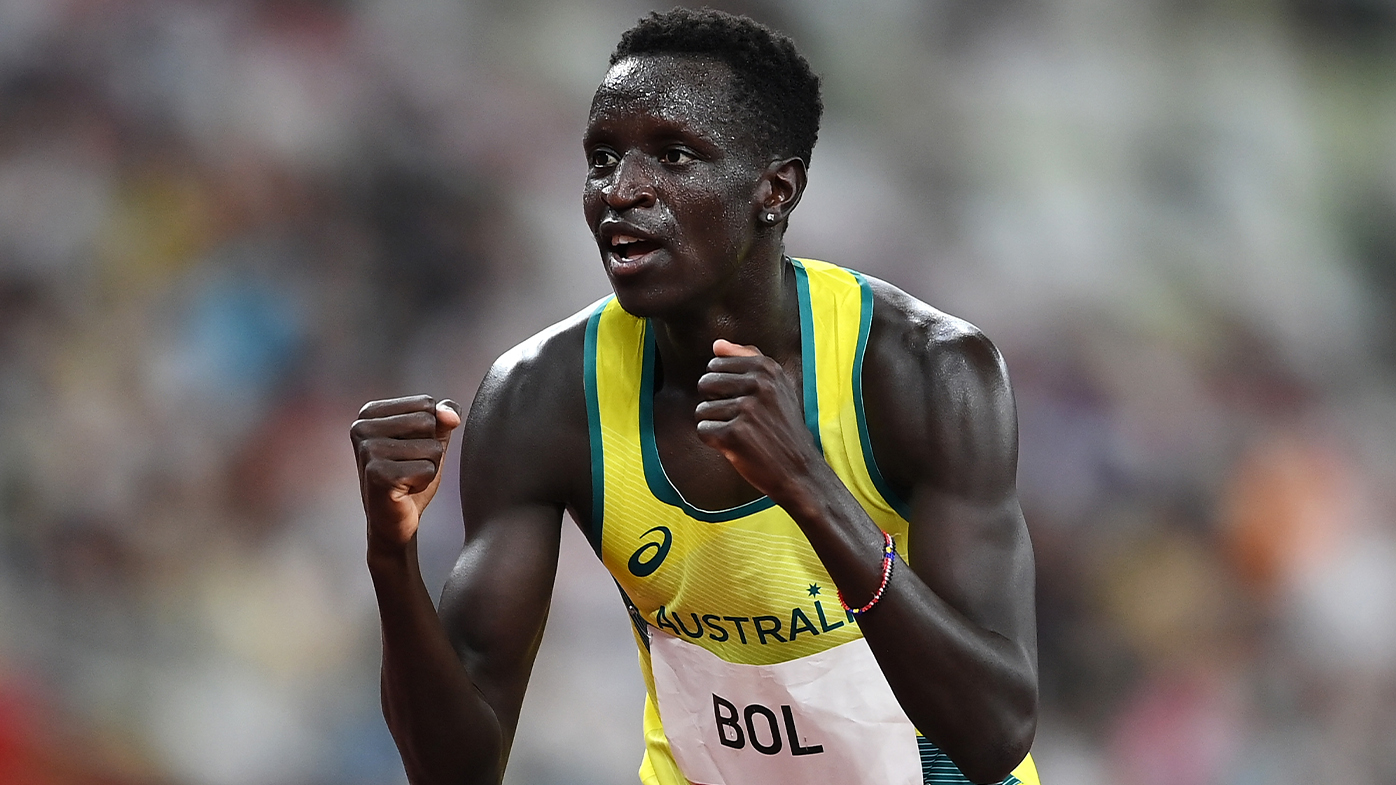 Bol was placed eighth at the bell and seventh with 200 metres remaining after the withdrawal of a pace-setter, but he charged home in a brilliant sprint to the finish line.

The run stood in contrast to his performance in the 800m final at the Tokyo Olympics, which saw him fade on the home stretch and collect fourth.

Bol was left wondering if he had won the Paris Diamond League race when it was revealed that Robert had been disqualified after hindering an opponent late, but the hometown runner lodged a successful appeal.

“I wanted to run 1:43 and give (coach) Justin (Rinaldi) an early birthday present for tomorrow. Came a bit short but stoked with the PB and national record,” Bol said.

“It was no surprise at all … when training is going well there’s no reason why we can’t run those fast times and be competitive on the world stage.

“We’ve just been building strength and endurance. The difference is, though, since Joseph ran his qualifier last week the energy has been high, and that’s a major benefit in itself.”

Bol backs himself to crack the 1:44.00 barrier and is eagle-eyed about his goals ahead of the World Athletics championships and Commonwealth Games.

“My goal for both championships is to medal,” Bol said.

“Keep my head up, keep ticking off sessions and competing strong against any field.

“I believe medals are within reach.”

Bol registered 1:44.13 in his preliminary heat at the Tokyo Games to break the Australian and Oceanian records belonging to Deng, before clocking 1:44.11 in the semi-finals.

Bol will begin his 800m campaign at the World Athletics championships on July 20, before going again at the Commonwealth Games on August 3.