AFL great Kane Cornes says there must be a change to the protected zone rule after another controversial 50-metre penalty.

Essendon‘s Matt Guelfi was penalised during his side’s 35-point win over St Kilda on Friday night when the forward accidently entered the ball carrier’s protected zone while trying to stop his opponent from receiving a quick handball pass.

Guelfi was caught on the wrong side before realising his mistake and trying to evade the area without interference, but was handed a downfield penalty regardless.

“He’s (Guelfi) clearly wrong-footed here, his opponent quickly darts back the other way, he moves out. So if your opponent is in the area, you should be allowed to be in the area as well, it’s a simple fix and the umpire says, ‘right get out’.” 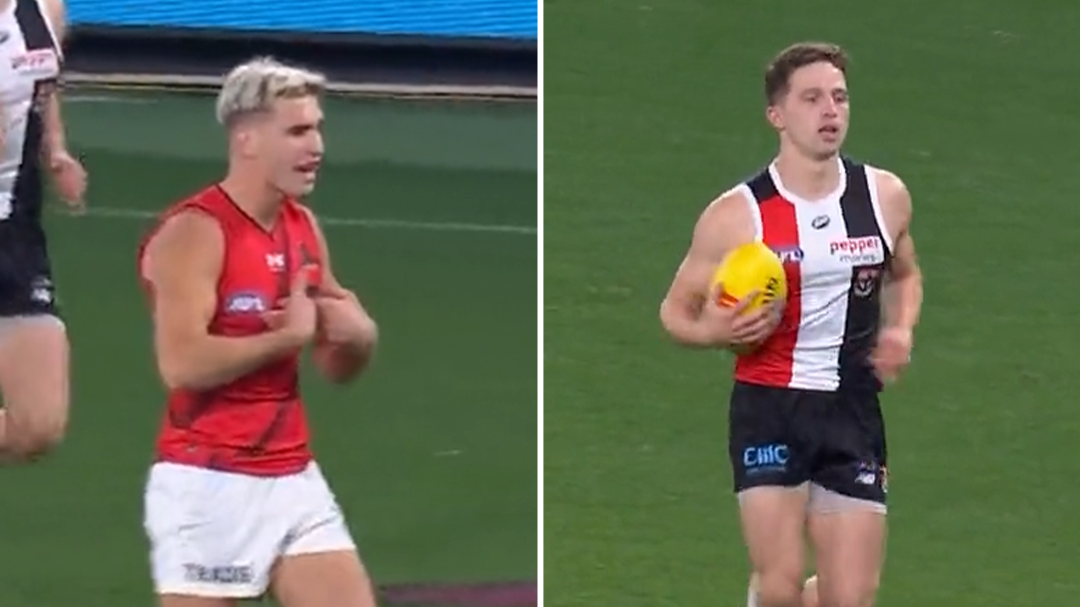 Cornes suggested that players are now trying to expose a obscurity in the rule by performing a wrap-around handball to catch their opponent offside.

“They’re being cheeky about it – which most players and teams do. They find a grey area in the rules,” he said.

Goddard felt so strongly about the decision on Friday, he wrote on Twitter: “Nice feel for the game umpire, they can’t teach you that from a text book!”.

Elaborating on his “feel for the game” comment, Goddard said the umpire involved needed to apply a better understanding of gameplay in that moment.

“He could see what we saw, he was in a really good position there. Sadly, I think a lot of the umpires – because they haven’t played the game – they don’t have a great feel for it, respectively, but they umpire via the textbook because in the textbook that’s a free kick,” he said.

Cornes then argued the game couldn’t settle for this “one mistake” as its impact on results could be severe.

Making an example of the AFL’s adjustment to the loathed descent rule, Matthew Lloyd suggested a similar “tweak” to the protected zone rule so it may be best met by both the umpires and the players.