Gold Coast enforcer Jarrod Wallace could be poised for a stint on the sideline after lashing out with an ugly high shot as the Titans fell to the Sharks on Saturday.

In a move perhaps the result of frustration as the Titans crashed to a fifth defeat in succession, Wallace thumped Cameron McInnes with a swinging right arm after the Sharks lock was knocked to the ground in a tackle late in the game.

Wallace avoided being reported but the match review committee is still likely to punish the Dolphins-bound forward, either through a fine or suspension. 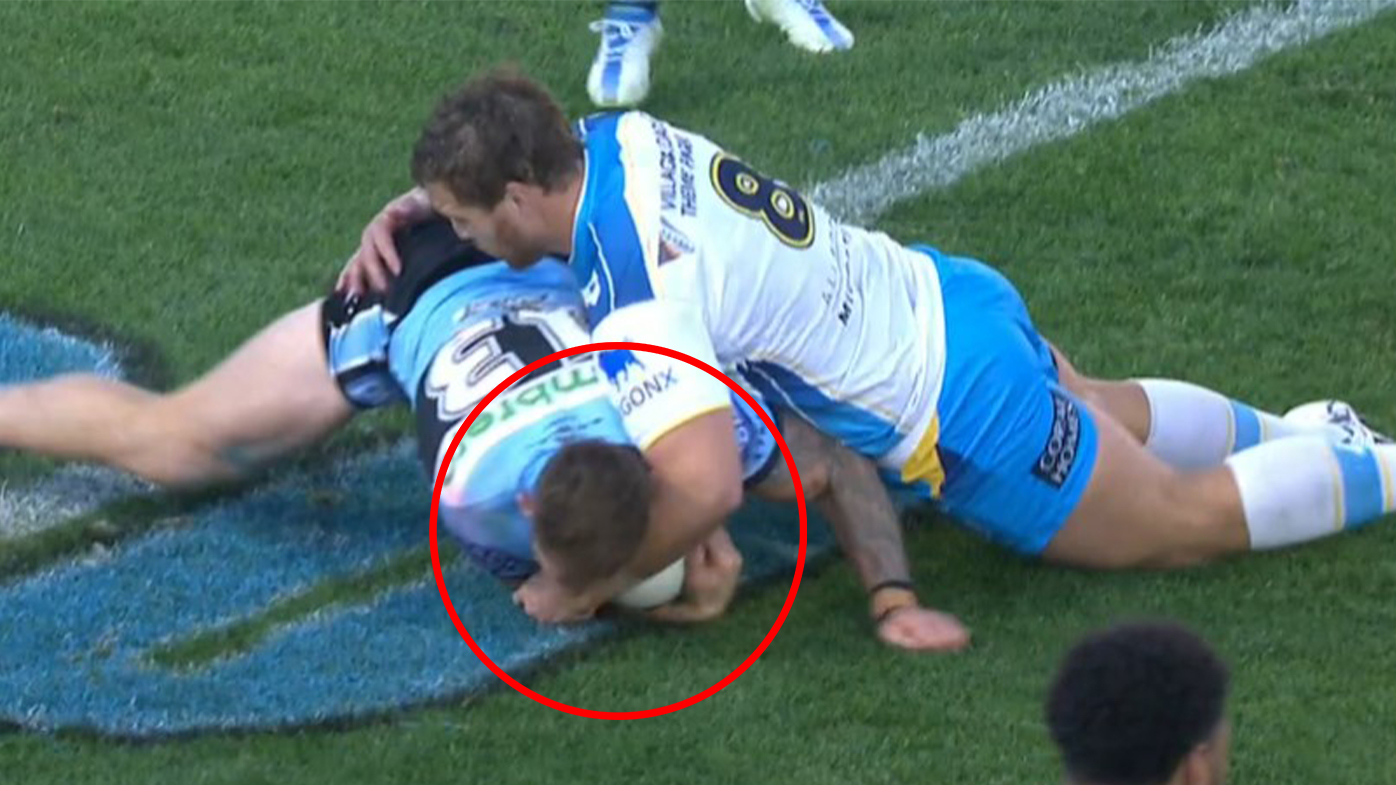 The poor discipline added to the Titans’ woes as they slumped to an 18-10 loss in Coffs Harbour, meaning they’ll remain anchored to the bottom of the ladder for at least another week.

One of the toughest men to have set foot on a rugby league field – legendary Balmain front-rower Steve Roach – slammed Wallace for showing physicality too late.

“No good doing that when the fight’s nearly over,” Roach said on the Fox League coverage.

“Should do it when it’s on. Should try to be intimidating in the first five minutes of the game, not at the back end of it.” 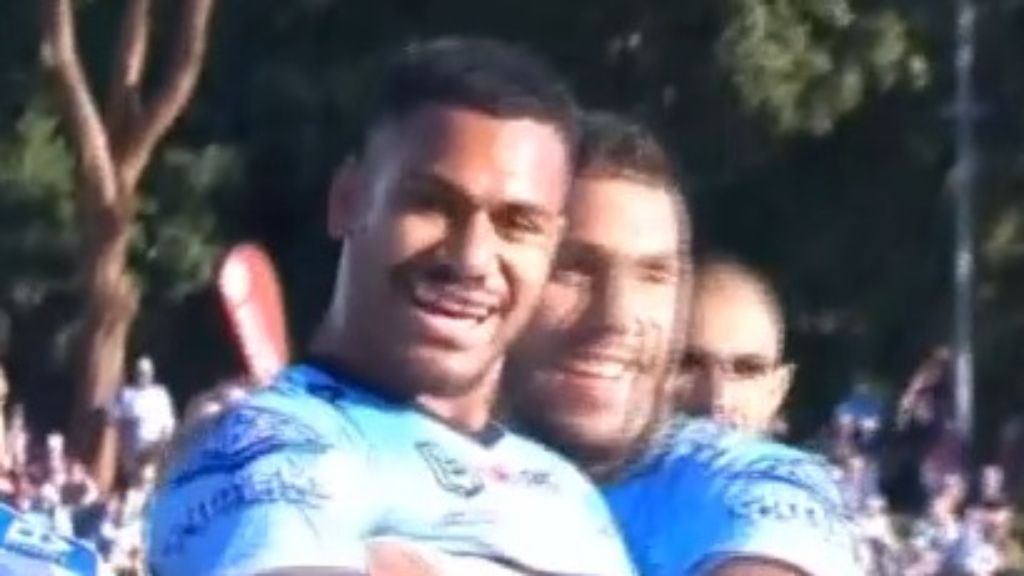 The scores were locked at 10-10 at the break, before Cronulla hooker Blayke Bailey loomed up on the inside of bench forward Teig Wilton and scored a try.

Craig Fitzgibbon’s men snagged a second win in a row to steal fourth on the ladder from the Broncos, who lost to the Storm in Melbourne on Friday.

The Titans will meet the Knights in Newcastle next Friday, before the Sharks face the Bulldogs in Parramatta a day later.