Sydney ruckman Peter Ladhams is likely to be in hot water after a “brain explosion” in the Swans’ loss to Port Adelaide.

Ladhams, who joined the Swans from the Power this season, gifted his former side two goals in two minutes in a horror period at the Adelaide Oval.

Moments after being pinged for throwing Darcy Byrne-Jones to the ground off the ball, Ladhams found himself in trouble again.

The 24-year-old threw Ollie Wines to the ground, and then punched him in the midriff, resulting in a downfield free kick to the home side. 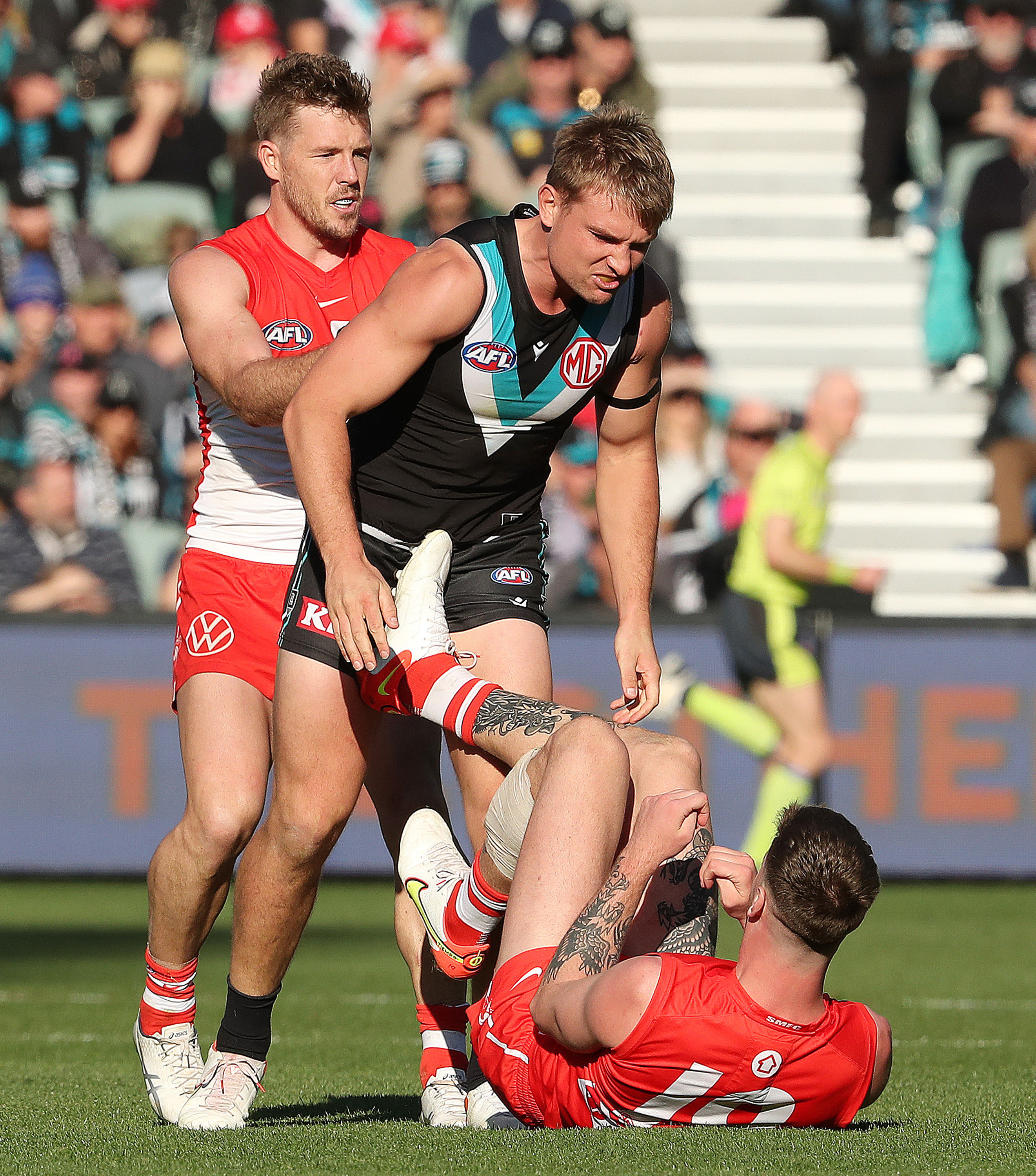 “He’ll probably spend another week on the sidelines, as well. The tackle gets performed, that’s all that needs to happen, but then you see the swinging of the right arm.

“That is just a brain explosion.”

Brownlow Medallist Mark Ricciuto noted that ill discipline may have been behind Ladhams’ departure from the club at the end of last season.

“That might just confirm the reason why they pushed him out of the club,” he said.