Supercars championship leader Shane van Gisbergen has lamented a slow pitstop and some “pretty average” new tyre rules, after his run to third place in the opening race at Darwin’s Hidden Valley Raceway.

Anton De Pasquale led home Will Davison in a DJR one-two after van Gisbergen’s Red Bull team changed three tyres as opposed to the rest of the field’s two during the pitstop.

Supercars introduced new rules this weekend, mandating an increased minimum tyre pressure from 17 to 20psi. Starting from fourth van Gisbergen said this change forced his team’s hand because passing was going to be difficult.

“You can’t follow with these tyre pressures – it’s pretty average. We need to go back to the racing can be a bit better for everyone,” he said.

“If we’d just done two (tyres) we would’ve just finished third, so we did three just to get the fastest lap and five points,” he said after the race. 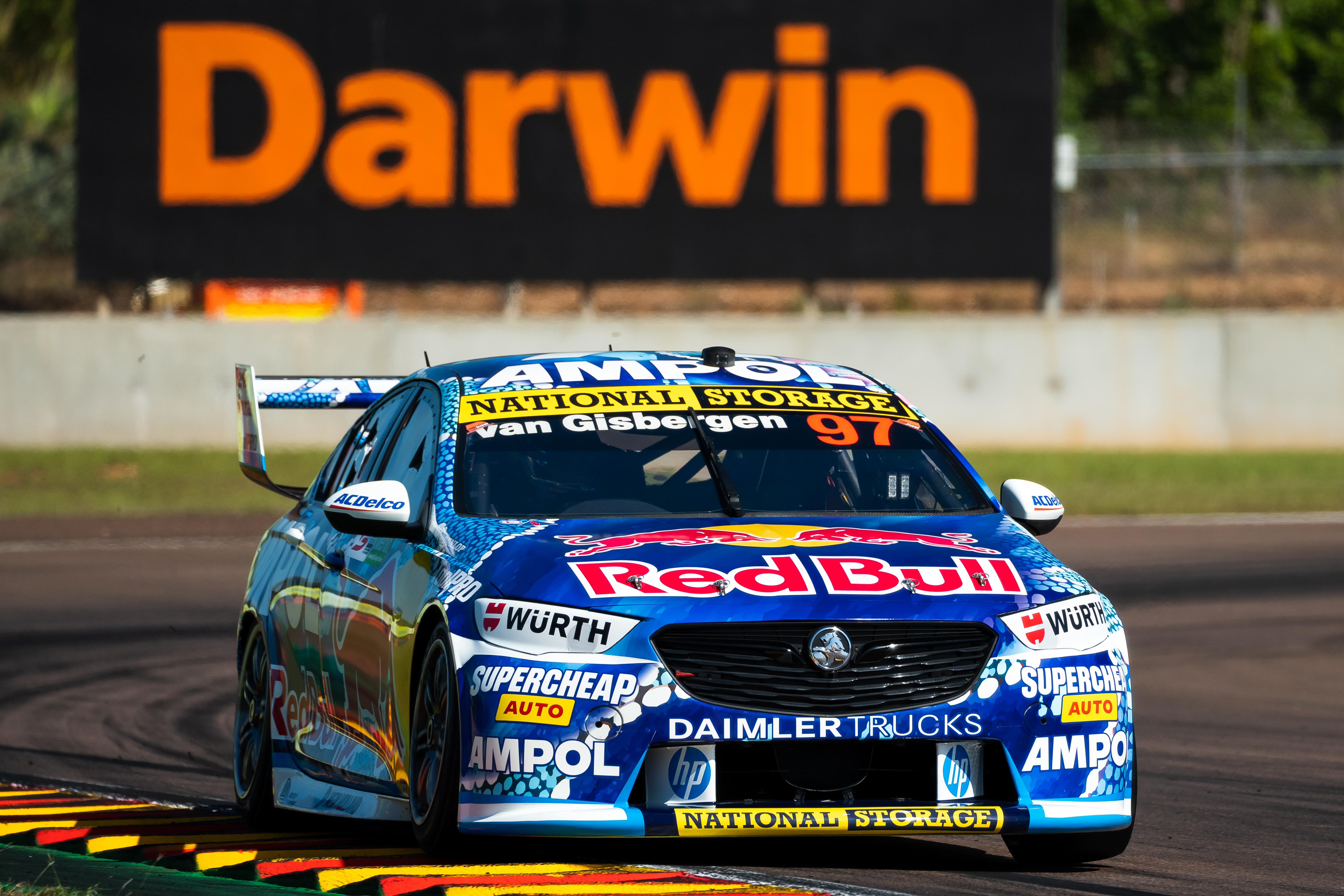 Van Gisbergen was sitting third behind the Dick Johnson Racing pair of Anton De Pasquale and Will Davison when Davison pitted at the end of lap 19. De Pasquale was next to pit a lap later.

Van Gisbergen stayed out until the end of lap 23. In his stop, his Red Bull team elected to change three tyres on his Commodore as opposed to the two changed by everyone else at the front of the field. The left rear – change was also slow.

He emerged from pit lane effectively 7th, dropping behind Chaz Mostert, Andre Heimgartner, teammate Broc Feeney and Scott Pye, with 15 laps to make up the deficit.

He wasn’t able to do it, and finished third right under the rear wing of second-place man Davison. In his 500th Supercars race, Davison started from pole having blown the field away in the Top 10 shootout, finishing nearly three-tenths clear of the field.

He was shuffled to second off the start, with the DJR pair making side-by-side contact on the run into Turn 5 on the opening lap.

De Pasquale was not challenged for the remainder of the race to win by just over a second.