Stephen Curry has wasted little time calling out his doubters after winning his fourth NBA title and securing an elusive NBA Finals MVP trophy in the process.

The Finals MVP, ironically named after Boston Celtics icon Bill Russell, had been the one piece of silverware missing on Curry’s mantlepiece prior to the series.

After being denied in his previous three title wins, Curry left no room for doubt this time around, averaging 31.2 points, six rebounds and five assists per game in the Warriors’ 4-2 series win.

A lot had been said about Curry and his original Warriors co-stars, Klay Thompson and Draymond Green since their last trip to the finals in 2019 which ended with Thompson hobbling off the court with an ACL injury before Kevin Durant walked out the door as a free agent weeks later. 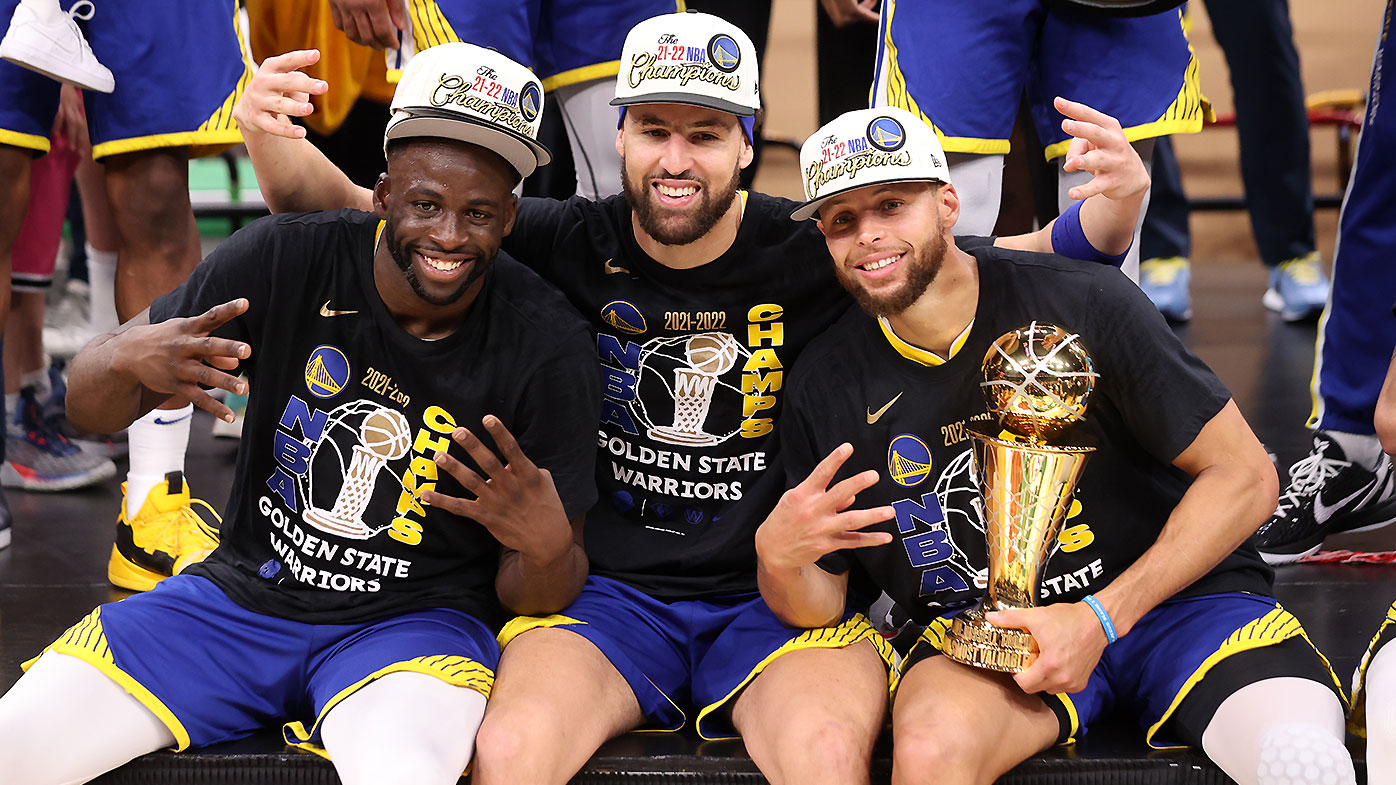 Curry re-committed to the Warriors on a four-year, $308 million deal last August, and a panel of experts on ESPN’s First Take held zeroes to their eyes when asked the amount of titles the 34-year-old would win during the duration of his new deal.

It was a moment that evidently stuck with Curry, who yelled, “What are they going to say now?” as he was doused with champagne inside the visitors’ locker room.

“I remember some experts and talking heads putting up the big zero on how many championships we’d have going forward because of everything that we went through,” he told reporters.

“We hear all of that and you carry it all and try to maintain your purpose and not let it distract you, but you carry that weight, and when you get here it all comes out.” 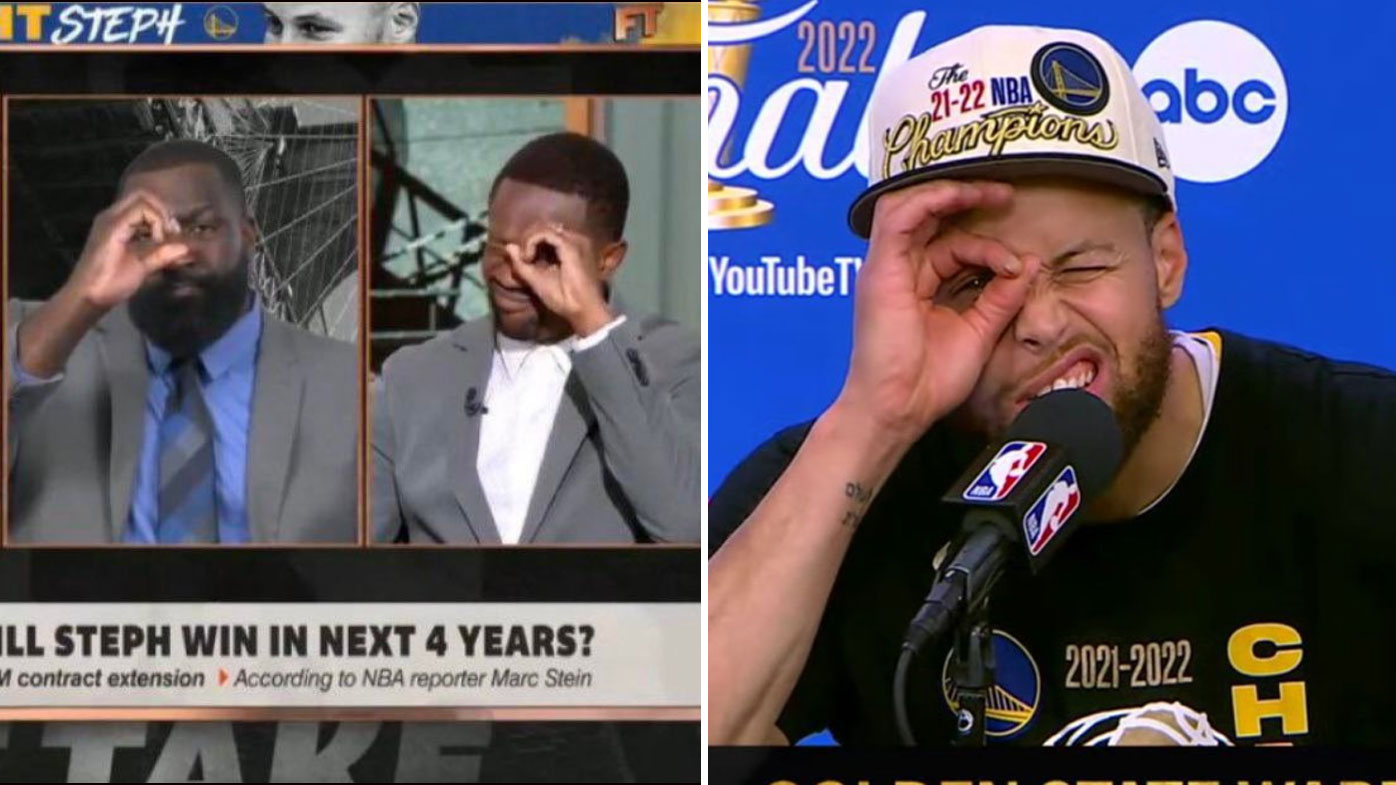 Curry wasn’t the only original Warrior talking either, with Thompson also reaching deep into his own memory bank.

While Curry took offence to the ESPN panel, Thompson had a fellow player on his mind: Memphis Grizzlies big man, Jaren Jackson Jr, who had tweeted “Strength in Numbers”, the slogan of the Warriors’ 2015 championship team after Memphis beat Golden State in the regular season.

“Strength in Numbers is alive and well,” he said after the win.

“There was this one player on the Grizzlies who tweeted ‘Strength in Numbers’ after they beat us in the regular season and it pissed me off so much. I can’t wait to retweet that thing.

“Freaking bum. I had to watch that and I was like, ‘This freaking clown’. Sorry, that memory just popped up. You’re going to mock us? Like you ain’t ever been there before bruh, we’ve been there, we know what it takes. So to be here again, hold that.”

The third member of the championship trio, Green, endured perhaps the most topsy-turvy finals of the three.

Green turned in three of the worst performances of his career to open the series, tallying up more fouls than points, but came to play when it mattered.

The do-it-all big man, who has proved to be the heart and soul of this Warriors dynasty, finished with 12 points, 12 rebounds, eight assists, two steals and two blocks, mangling Boston’s offensive game plan in the series-clincher. 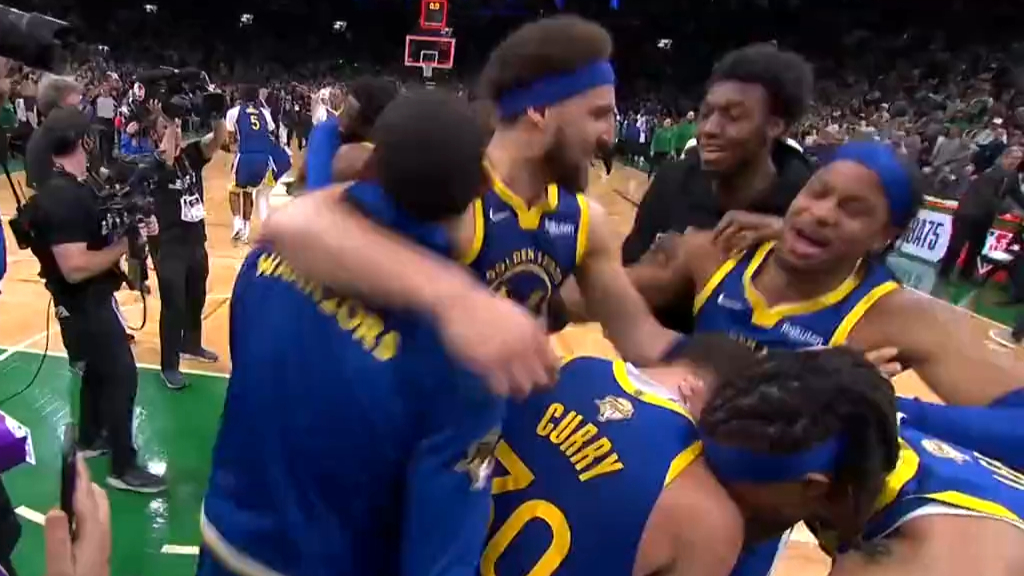 “It’s been a long road back here,” he said after the win.

“A lot of doubt, a lot of naysayers, but ultimately we did what we do.”

Green also chimed in on the Curry legacy talk, saying what the No.30 wouldn’t himself and warning the rest of the competition.

“I don’t like to put a number on things and say, ‘Oh, we can get five, we can get six’, we’re going to get them until the wheels fall off,” he said. “That’s our goal – to compete at this level every year.” 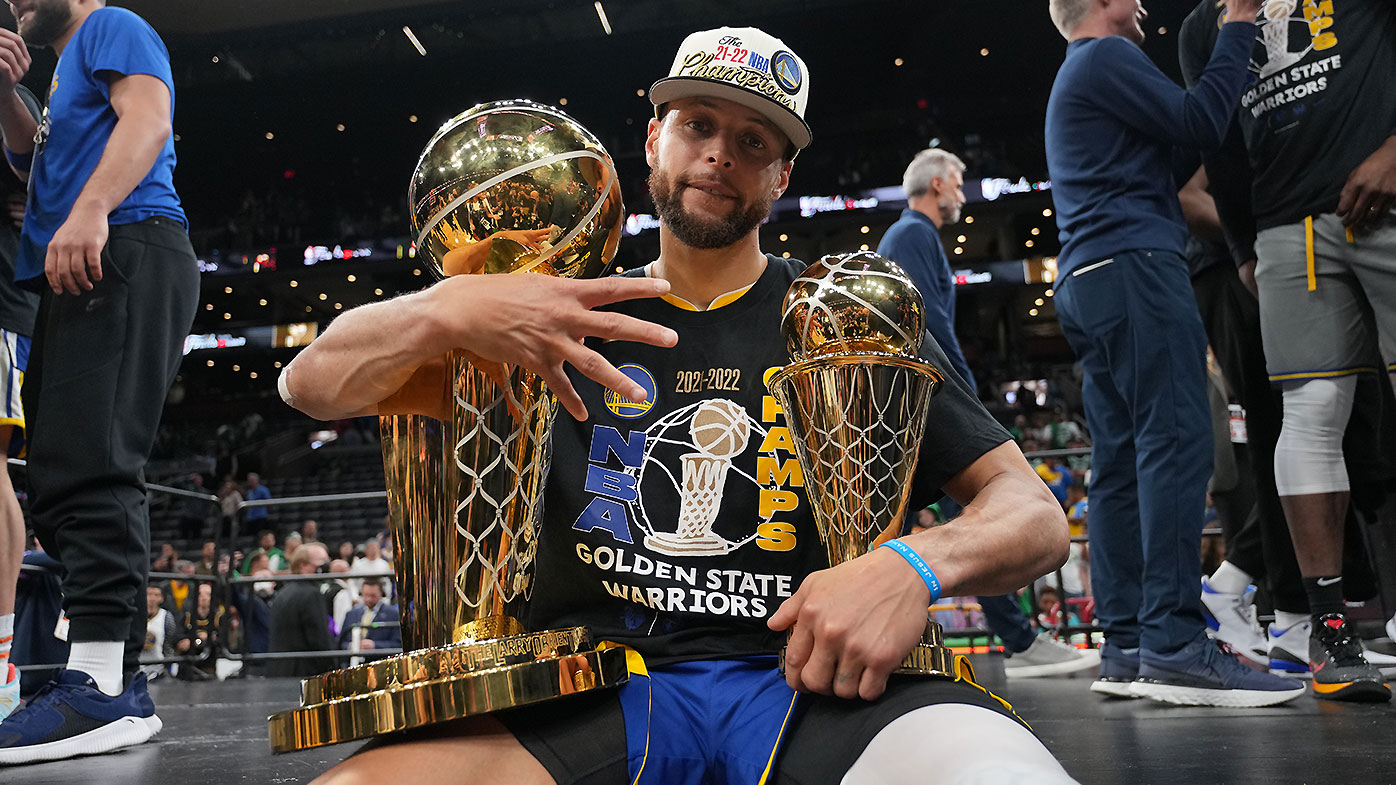 “I know he said (the Finals MVP) doesn’t matter, and it doesn’t matter in the sense of, ‘Well his legacy is not quite this unless he gets that’, like that’s garbage.

“He’s still Steph Curry, still an all-time great, but to add that to your resume as a competitor, you want that. For him, well-deserved.

“It’s been a long time in the making, but he left no doubt.”

Over to you, competition, the Warriors are back.