England broke its own world record for the highest total in one-day international cricket by smashing 498-4 to set up a 232-run win over the Netherlands on Friday.

Jos Buttler led the barrage with a typically extravagant 162 not out off only 70 balls.

The total achieved in Amstelveen, outside Amsterdam, surpassed the 481-6 made by England against Australia at Trent Bridge in June 2018.

While Dawid Malan (125) and Phil Salt (122) also compiled centuries for England, it was Buttler’s that took the breath away. He reached three figures in 47 balls for the second-fastest hundred for England, and his brutal, crowd-pleasing knock under a blue sky contained 14 of the team’s 26 sixes along with seven fours.

Buttler has the three quickest ODI centuries for the national team — off 46 balls, 47 balls and 50 balls.

Liam Livingstone weighed in with a 22-ball 66 not out after joining Buttler for the final 5.2 overs. He brought up England’s fastest ODI fifty, from 17 balls, to beat the one in 21 deliveries set in a partnership between Eoin Morgan and Jonny Bairstow, and struck six fours and six sixes.

Livingstone had the chance to take England to 500 — an almost mythical figure in limited-overs cricket that would have seemed unfeasible only 20 years ago — by taking strike with two balls left, with his team on 488.

Off the next-to-last ball of the innings, his slog toward the midwicket boundary landed a couple of meters short of the rope and bounced for four. He smashed a six in the same area off the next ball.

The Netherlands — playing an ODI against England for the first time outside of a Cricket World Cup — had only a few moments to savor amid a flurry of big-hitting from the tourists, which led to balls being lost in bushes and getting damaged after striking the branches of trees outside the stadium. 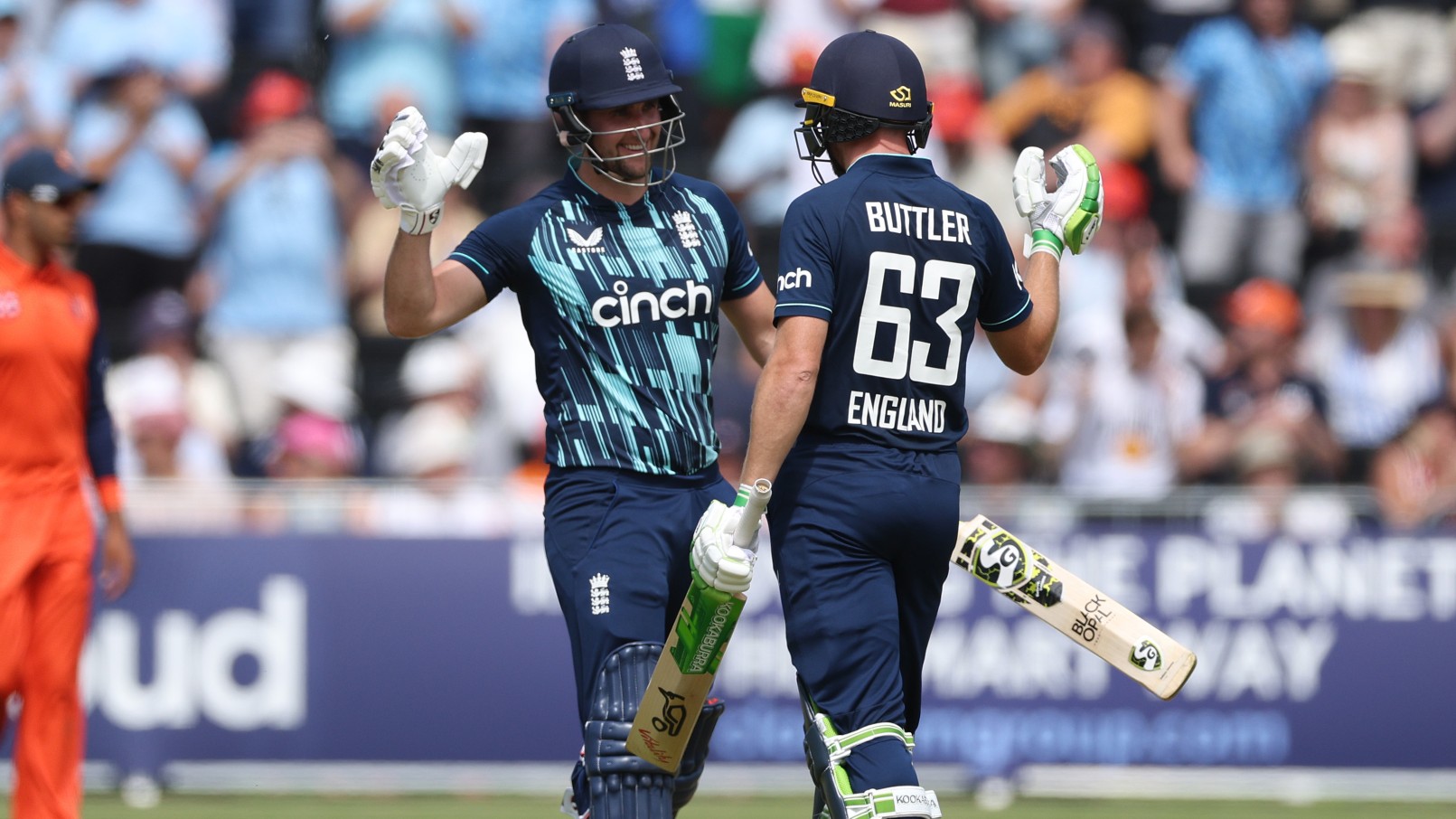 Malan’s century was his first in ODIs and came off 90 balls. He has hundreds in all three formats — the second England player to achieve that feat after Buttler.

England — the defending 50-over world champion — has the top three ODI scores of all time, all of them being recorded since 2016. Dropping to No. 3 in the all-time list was its 444-3 against Pakistan in August 2016, also made at the traditionally fast track at Trent Bridge in Nottingham.

England’s latest huge total was the highest made in either internationals or at first-class level. The previous best was 496-4 by English county side Surrey against Gloucestershire at The Oval in 2007.