Western Bulldogs forward Cody Weightman made a miraculous return to the field just minutes after dislocating his elbow in his side’s three-goal win against the Giants in Sydney.

Early in the third quarter, Weightman landed heavily on his elbow after contact between himself, teammate Josh Schache and Giants defender Adam Kennedy.

He immediately clutched at his elbow and came off the field, only to emerge minutes later sporting some fresh strapping tape. 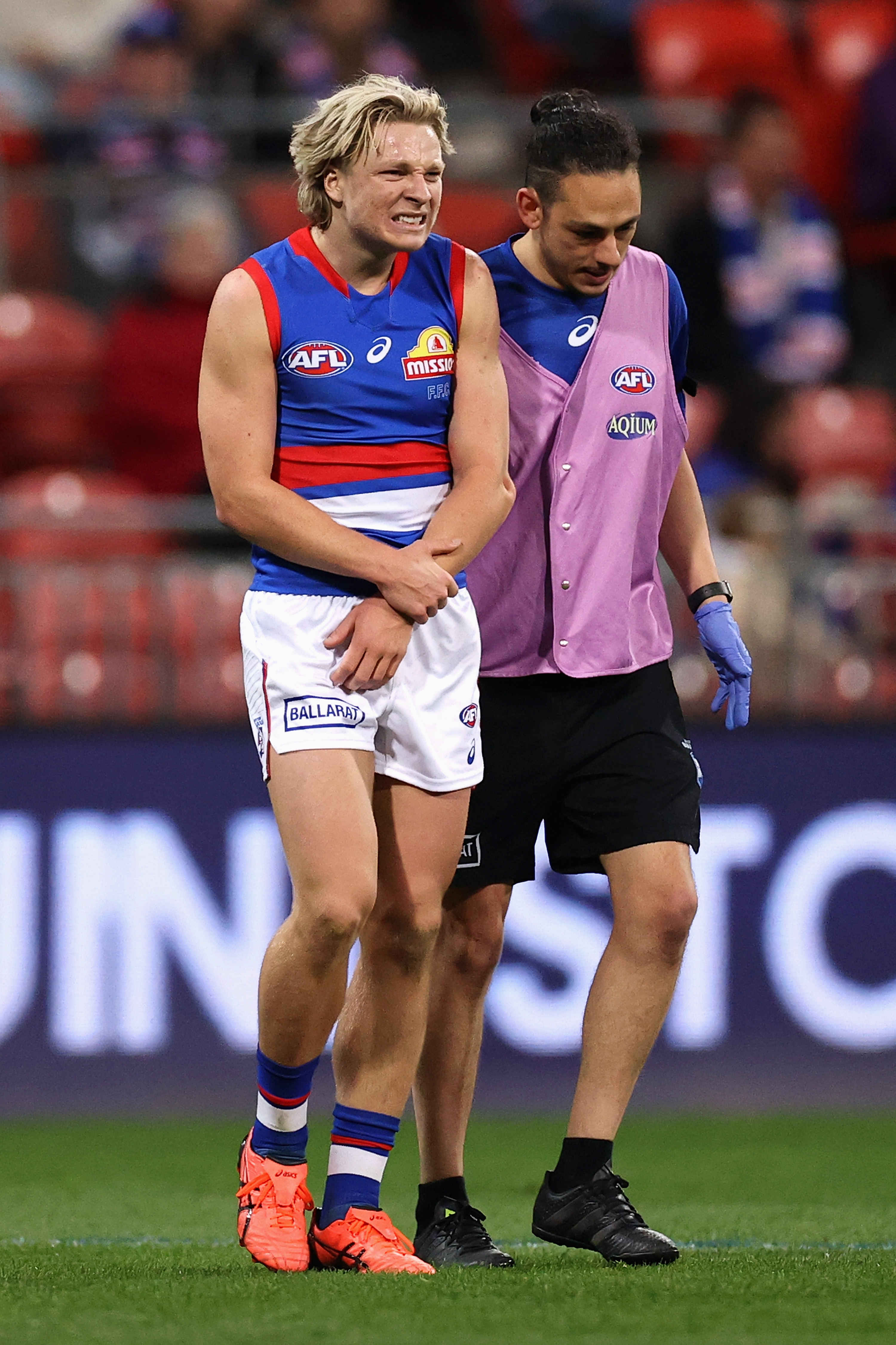 Giants ruckman Matt Flynn was withdrawn before the match with a quad injury.

Then midway through the first quarter, Bulldogs defender Taylor Duryea came off the field with a knee injury. 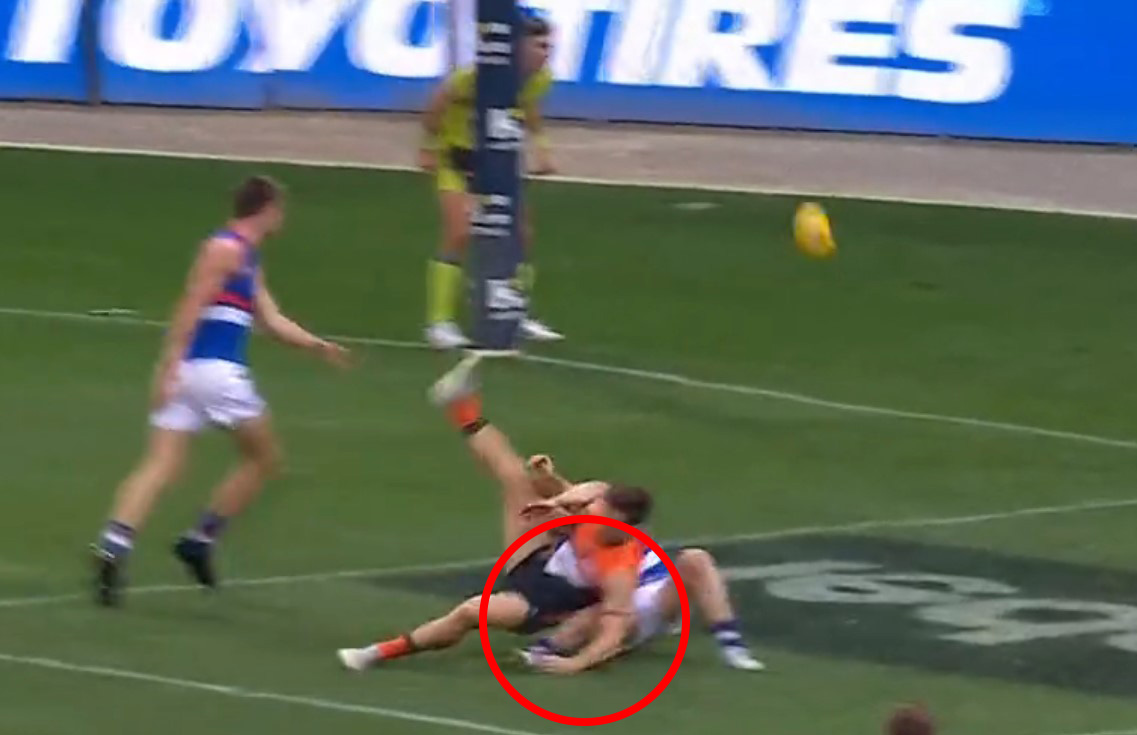 Duryea was injured contesting a mark in the goal square with teammate Ryan Gardner and Giants full-forward Toby Greene. As Duryea and Green came down, Duryea’s leg was trapped underneath Greene, whose full bodyweight landed on his knee.

He was spotted after the match wearing a full knee brace.

Not long after that, the Giants lost another ruckman when Braydon Preuss limped off the ground with an ankle injury, and James Peatling fought through a hamstring strain.

Before his injury, Weightman was having a blinder, having kicked five goals in the first quarter, including three of the first four for the Bulldogs. He’s the first Bulldog in a decade to have achieved the feat. 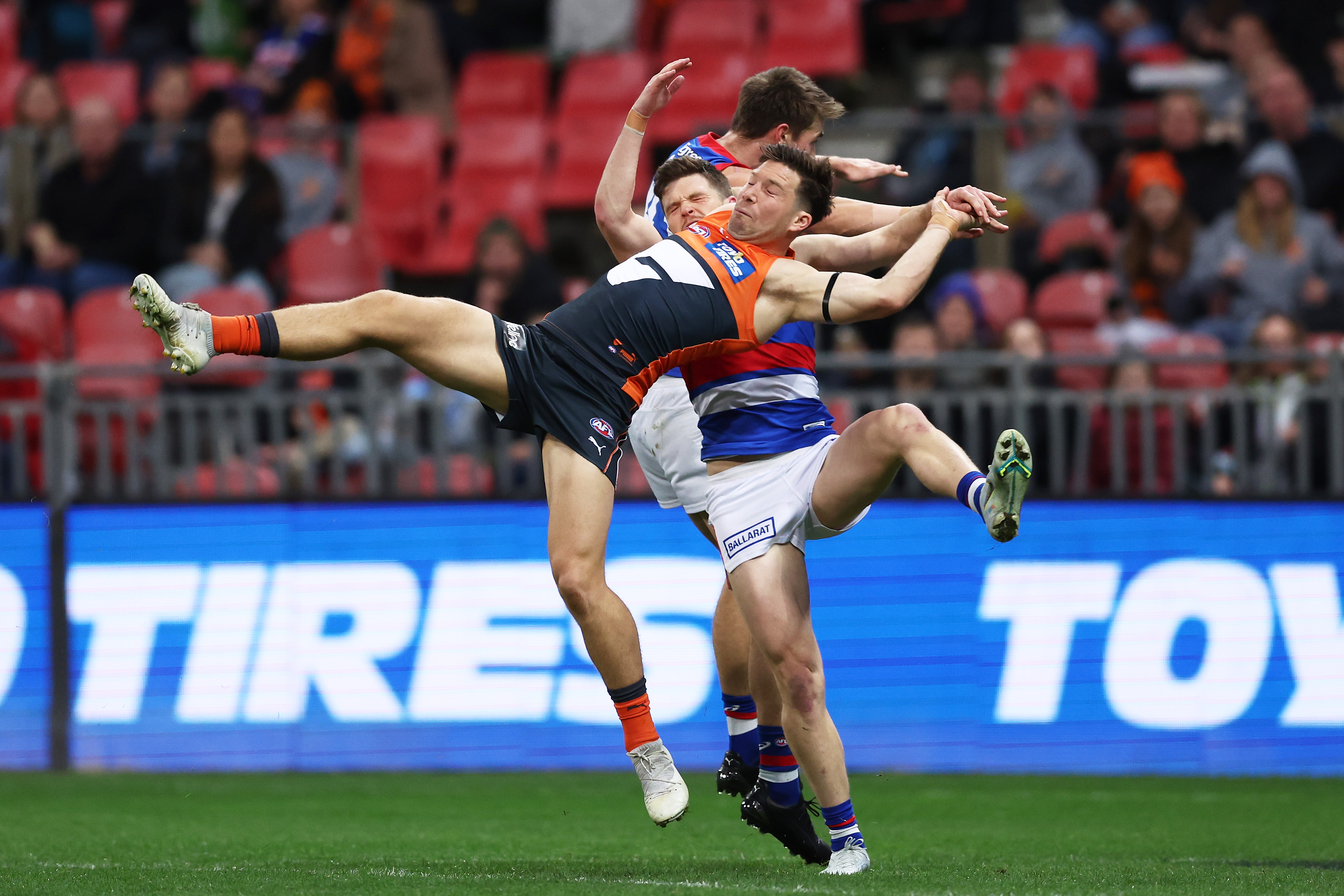 But he was overshadowed by Greene, who did everything he could to keep the men in orange and charcoal in touch.

Greene kicked seven majors, including three in the first and two more in the final quarter to keep Giants fans’ hopes alive.

Having briefly trailed by a point early in the third term, the Bulldogs rallied to kick five unanswered goals to go into the final break with a five-goal lead.

The deficit proved too much for the Giants, who are now four games out of the eight, in 13th on percentage with Hawthorn and the Adelaide Crows.