Australia‘s Elijah Winnington took the first gold of the FINA World Championships when he powered home in the final length of the men’s 400 metres on Saturday in Budapest.

Winnington clocked 3 minutes, 41.22 seconds – a personal best and the third-fastest time at a worlds – to overtake Germany’s Lukas Martens.

“I try to keep up with the Australian guy but in the end, he swam away,” Martens, who finished 1.63 seconds behind, said. 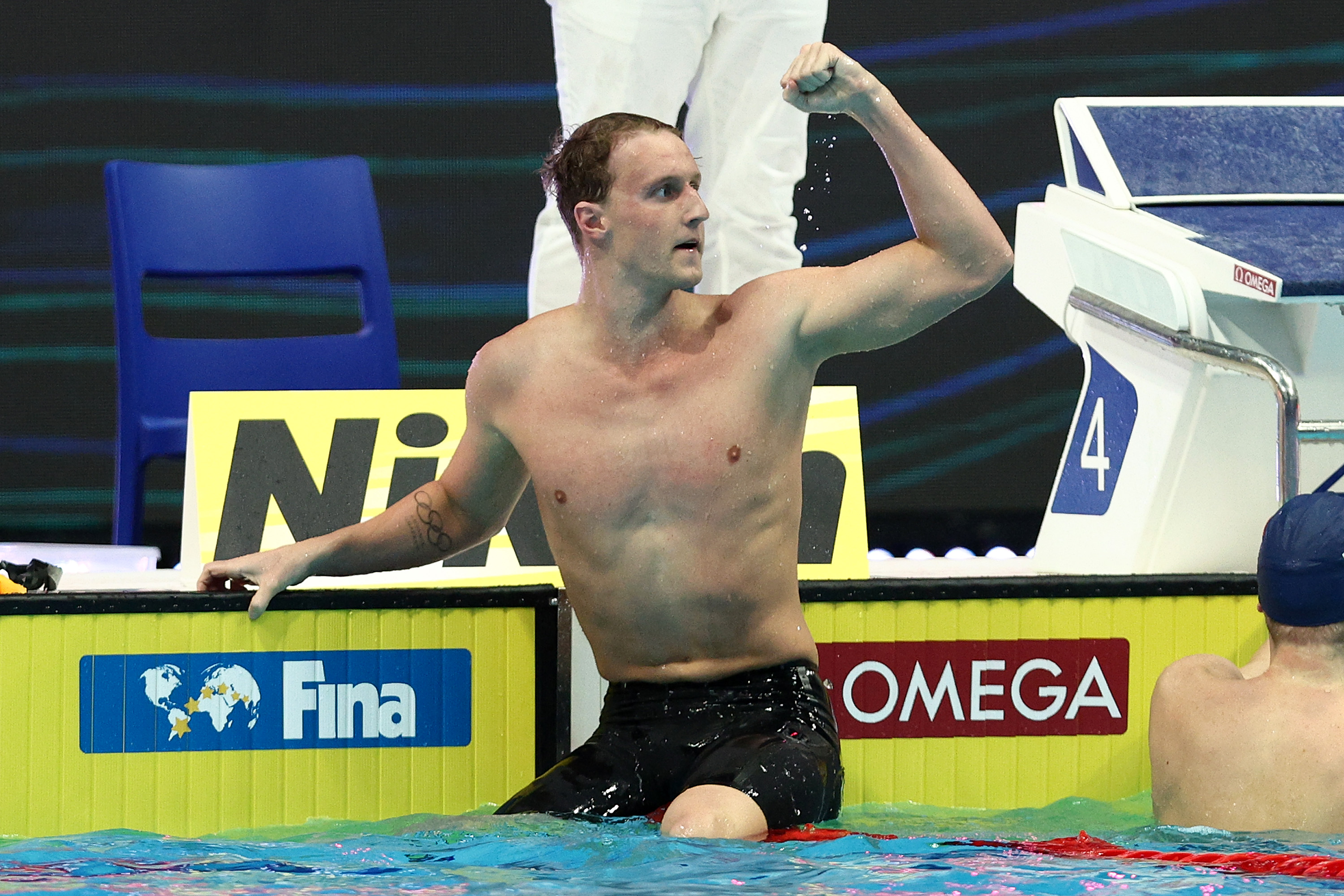 None of the medalists from 2019 raced in the men’s 400. Sun Yang of China is banned for a doping infringement, Australia’s Mack Horton – the 2016 Olympic champion – failed to qualify by 0.10 seconds, and Gabriele Detti did not enter.

Winnington was a disappointing seventh in the Olympic final last year.

Later, the Australian women responded by winning their 4x100m freestyle final, 1.20 ahead of the Canadians and 1.63 ahead of the Americans.

Mollie O’Callaghan, Madison Wilson, Meg Harris and Shayna Jack were all quickest and clocked 3:30.95 – the fifth-fastest time in history.

“Everyone did her job,” Wilson said.

In the men’s 4x100m freestyle final, the American team featuring superstar Caeleb Dressel clocked 3:09.34 to finish 01.46 seconds ahead of the Australians in second and Italians in third.