Cotter pulled up lame and clutched behind his right leg after running through the tackle pads as the Cowboys were put through their paces just minutes before kick-off.

He was later ruled out of the clash against the Sea Eagles, with Ben Condon coming into the lineup as a replacement.

AS IT HAPPENED: Storm survive scare against Broncos

With even the most minor of hamstring strains requiring at least two weeks recovery and the second game of the series being just nine days away, Cotter and the Maroons will be hoping the injury is not as bad as first thought. 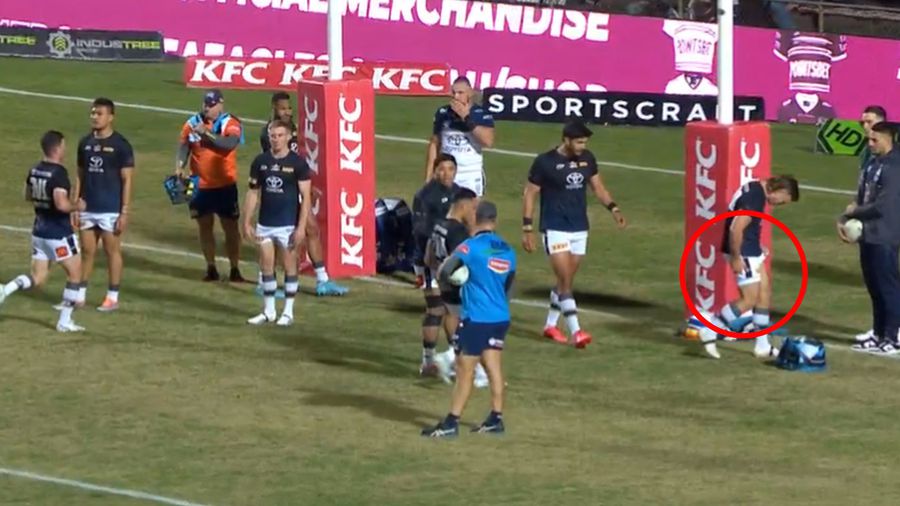 “He felt it go in the warm up, he will go for a scan tonight,” Payten told reporters.

“I think he’s bummed about it obviously, what’s happened this week, and that it’s a missed opportunity for him. But I think he will go home, he’s got a newborn baby to look at to put things into perspective for him.

“I’m disappointed for the kid. He’s doing a terrific job not just for us, but for Queensland. It’ll be a fair stretch to get going in what nine days. He’s always going to rely on speed and power and it’s really going to hurt him with the hamstring.”

Maroons coach Billy Slater echoed the same sentiments but said a final decision would rest on the Cowboys’ medical report.

“We’ll still have to wait until Reuben gets scans, but it doesn’t look good,” he told Nine’s Macca’s Golden Point.

“I really feel for him, he’s worked really hard to get his game to where it is. He had a newborn baby, a little girl – Sunny – over the weekend and it’s been a great couple of weeks for him. 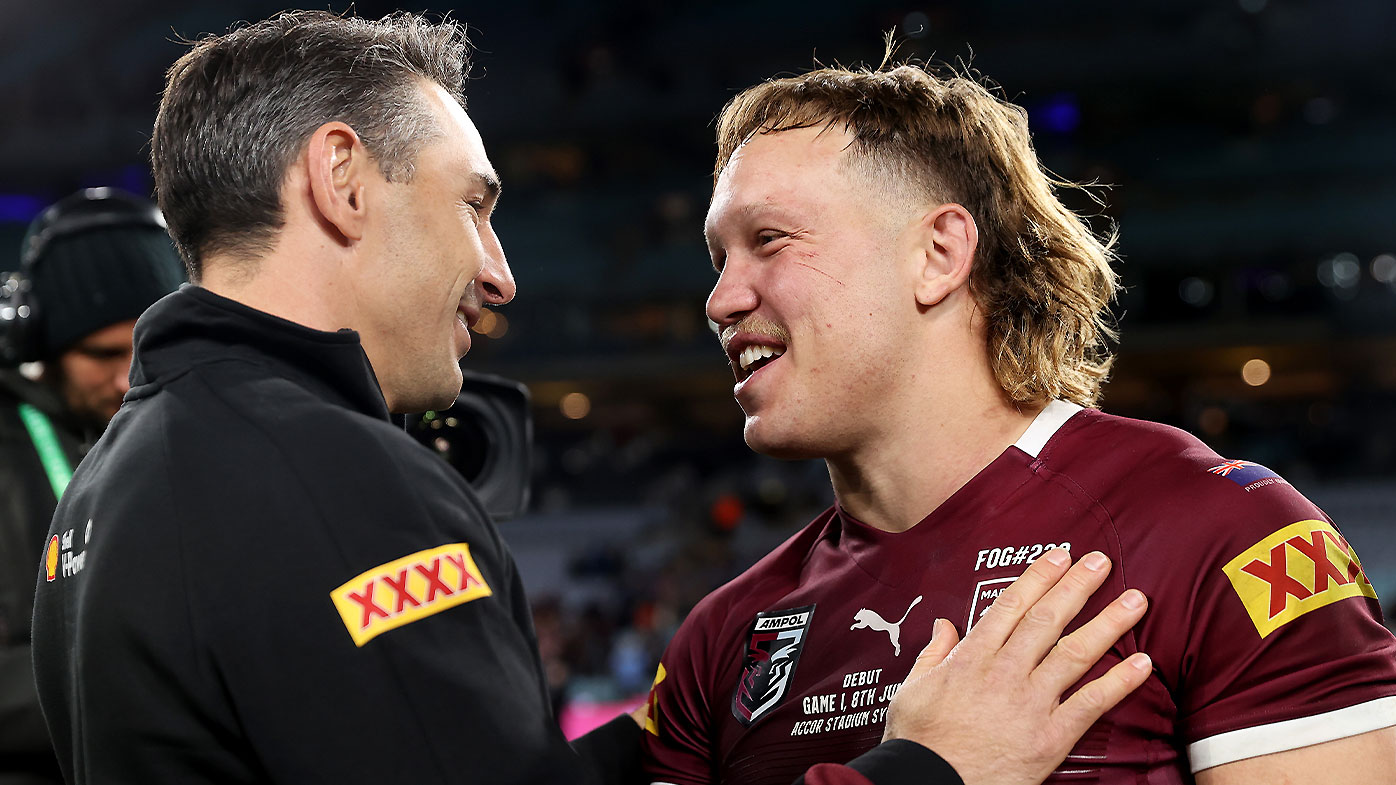 “It doesn’t look good, but we’ll still have to wait until we get that health report from the medical staff. He was a big part of what Queensland did in that game one, so if he doesn’t play, he’ll be sorely missed.”

Both sides have now been dealt a cruel blow on the cusp of team selection with the Blues’ Jack Wighton out with COVID-19.

The Maroons will announce their team on Monday morning, following the Blues’ Sunday night team reveal.