Referee Gerard Sutton has been left red-faced after being forced to cancel a captain’s challenge after North Queensland Cowboys skipper Chad Townsend appealed he hadn’t made the challenge in the first place.

Shortly before half time, Sutton called a knock on against the Cowboys after the ball came loose from a tackle on Sea Eagles skipper Daly Cherry-Evans.

Several calls of “challenge” could be heard through the on-field effects microphone, prompting Sutton to throw the decision to the Bunker.

Townsend then approached Sutton, saying, “I didn’t call for it, I’m telling you I’m the captain. I didn’t call it.”

Sutton apologised for the mix up, before cancelling the challenge. 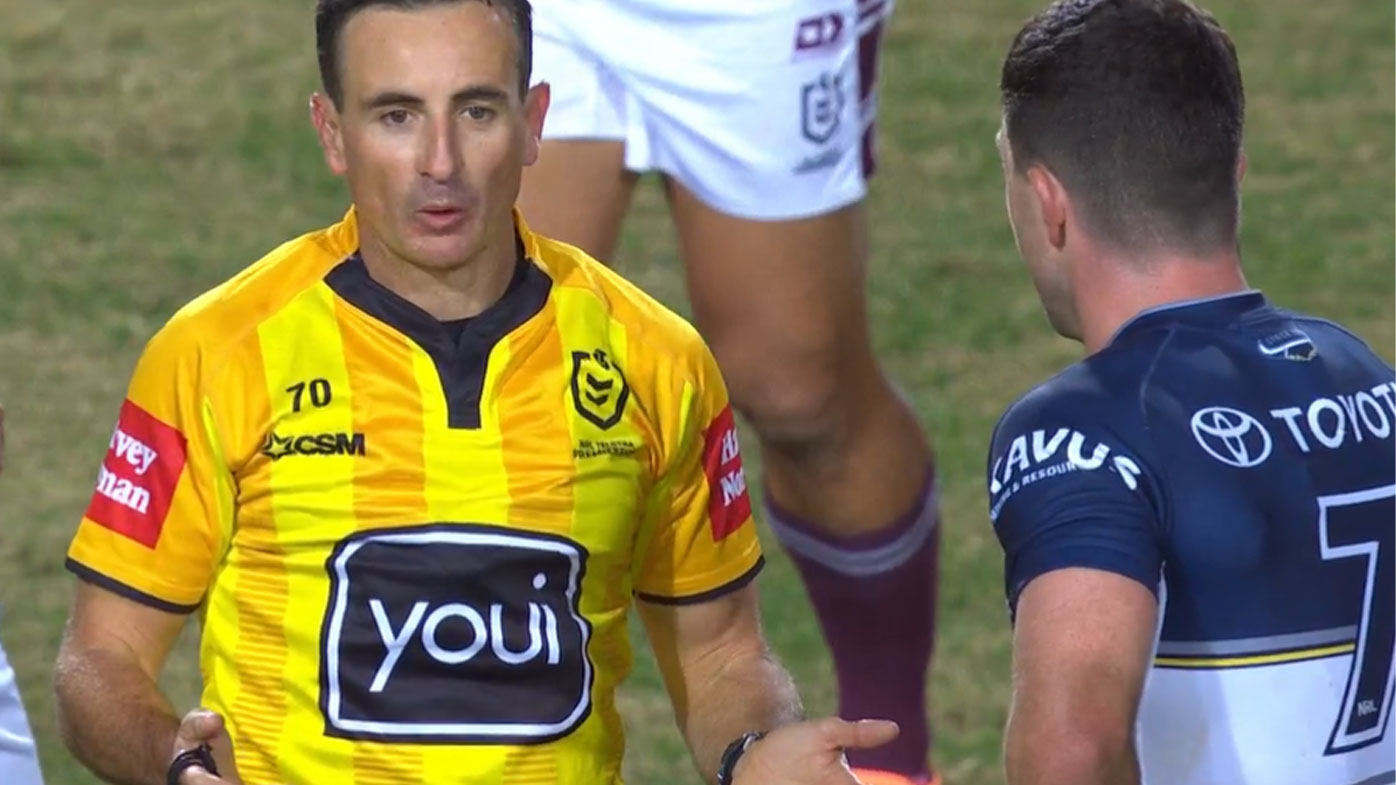 “I had three blokes calling, I’m sorry if it wasn’t you, but I had three guys calling there mate, and I thought you were one of them,” he told Townsend.

But the Cowboys No.7 wasn’t having it.

“Mate, that’s not how it works. You come to me. You ask me,” the Cowboys skipper said.

The red-faced referee was then forced to get in touch with the Bunker to cancel the captain’s challenge. 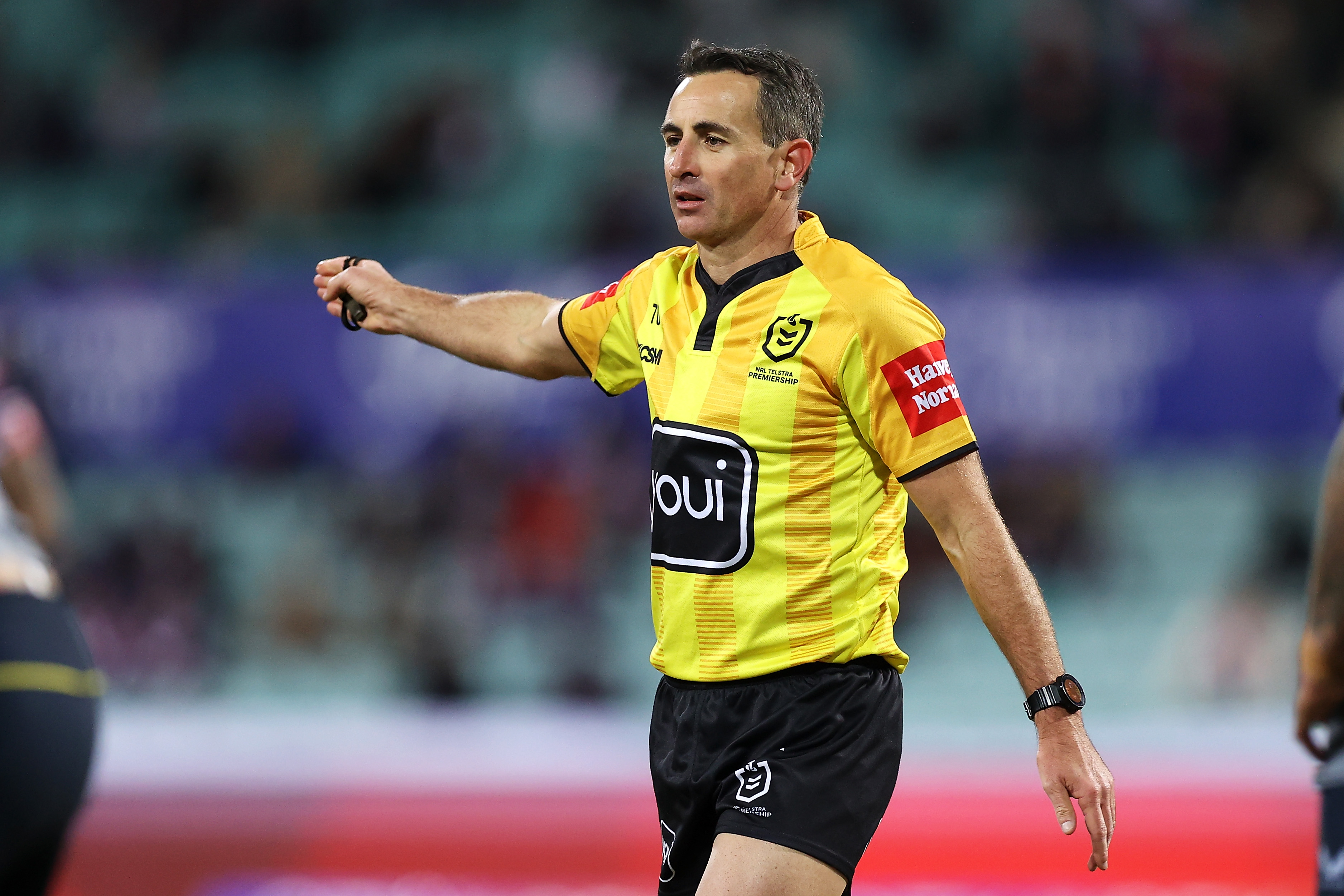 “There’s a first for everything,” Cooper Cronk said of the incident on Fox League’s coverage.

“I’m going to give the referee credit here. The captain, Chad Townsend, didn’t say a thing and it is the captain’s challenge. So he was overruled.”