Tim Tszyu’s shot at undisputed world champion Jermell Charlo has been locked in, yet one of the world’s most influential boxing promoters believes it’s the “wrong fight” for the ambitious Sydney star.

A date and venue for the super-welterweight world title clash is expected to be finalised in the near future, with the bout more than likely to take place in the US, in what promises to be a stacked fight schedule featuring the biggest names in the sport in the latter half of 2022.

While the United States will never be knocked off its perch as being the Mecca of boxing, Australia’s reputation for its nursery of world-rated fighters and government-backed super fights, have boxing bigwigs smelling the cash from across the equator. 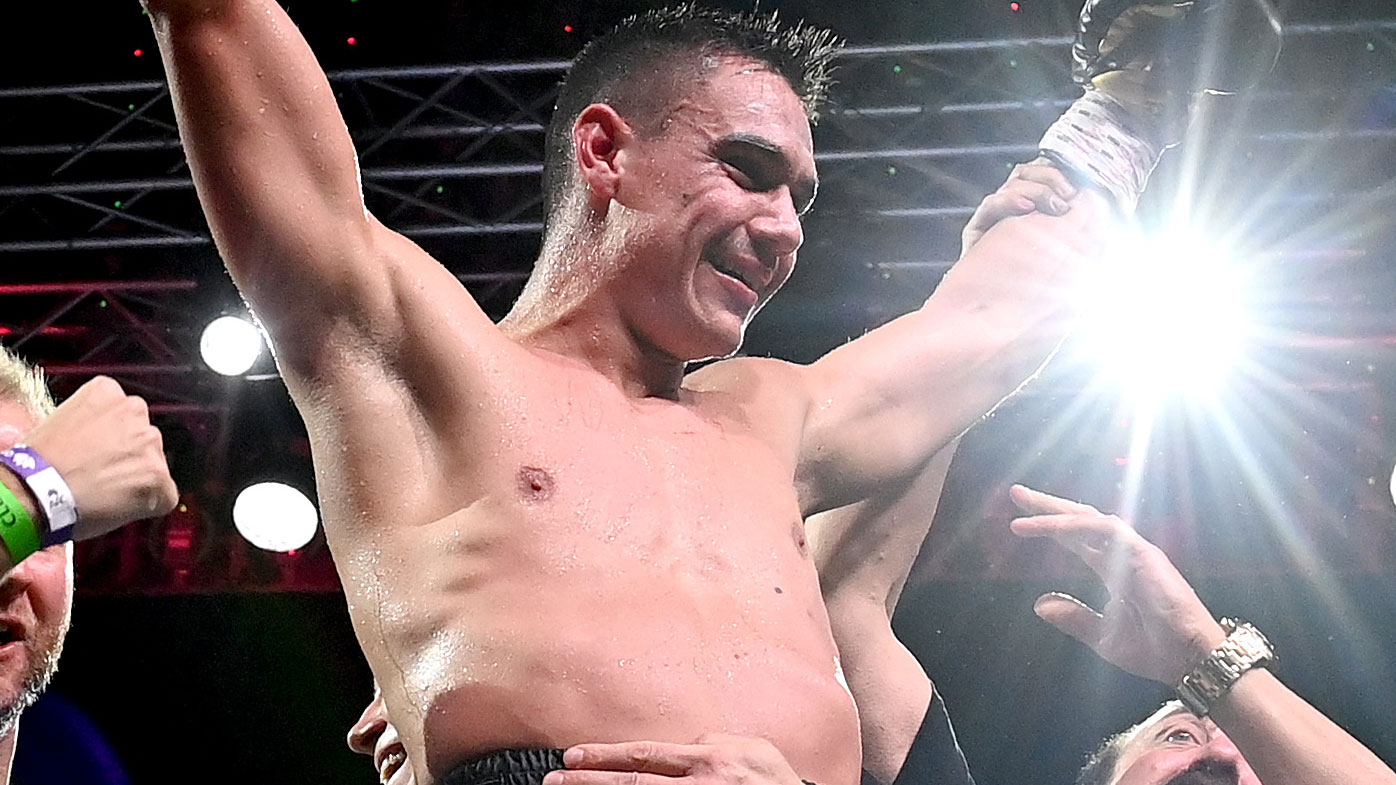 When someone like British promoter Eddie Hearn, who has Anthony Joshua, Canelo Alvarez, and Katie Taylor signed to his stable in addition to several up and coming Aussies, is willing to endure numerous hours on a flight to a stretch of land on the other side of the world, the overpowering stench of cash and a steady stream of local boxing events, convinced Hearn the Australian market has too much potential to pass up.

Hearn was a keen observer in Brisbane on Wednesday to witness Justis Huni’s convincing points victory over Joe Goodall and has a September fight between Australia’s WBO super-lightweight No.1 ranked Liam Paro and fellow Aussie Brock Jarvis in the works.

Tszyu, along with a host of other fighters from Paul Gallen to George Kambosos, have been instrumental in sparking interest in the sport back home in recent times, and those reverberations have been loud enough to lure one of the biggest promoters in the sport Down Under. 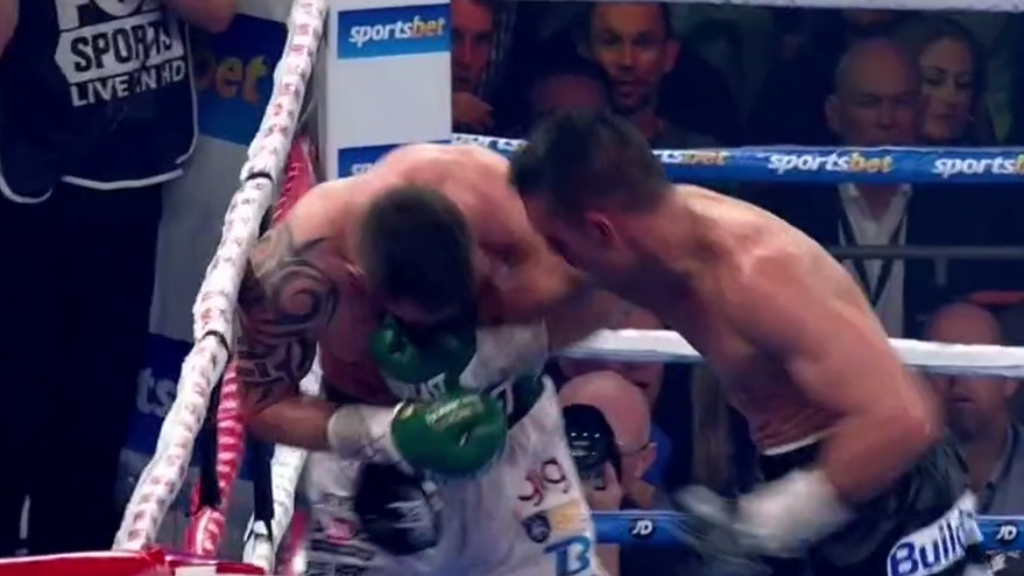 The Australian public has shown they’re willing to part with their money to watch Tszyu’s fights, with the 20-0 star being Main Event’s biggest money spinner since Anthony Mundine.

Key decision makers are banking on Tszyu’s fight with Charlo to shatter Australian PPV records, but Hearn, who tipped Goodall to upset the far superior Huni in the lead up to Wednesday’s bout, described the Aussie’s decision to take on the formidable undisputed champ as short-sighted.

“Tim Tszyu is a good talent, I just feel the problem in boxing sometimes is some people can believe in their guy so much they can move them too fast and put them in the wrong fights,” Hearn told Wide World of Sports.

“I’ve been guilty of it before. But I don’t like the Charlo fight for Tim Tszyu. I actually think he’s not quite there yet.”

Tszyu overcame a knockdown in the first round in his American debut against Terrell Gausha in March but took control of the fight for the remainder for a unanimous decision win. While a win is a win in anyone’s language, the performance was deemed unconvincing by outsiders, with rival fighters getting in line to trash the Australian’s potential and claims for a title shot. 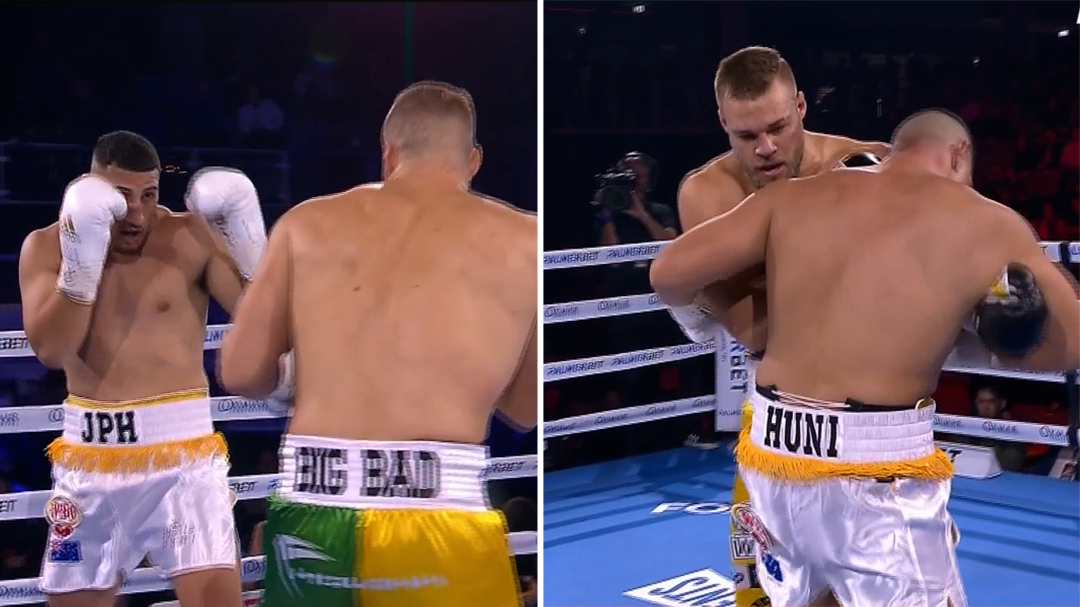 According to Hearn, Tszyu has more work to do and a world title fight at this point of his career might be premature.

“I think there’s some more development to do. He went to America for his American debut, got dropped but it was a good win,” he added.

“I would actually bring him back here for one or two more but it’s got nothing to do with me that’s the fan’s perspective.

“But (promoter) Matt Rose and the Tszyu family, they clearly believe in him and they want to roll the dice but it’s another level against Charlo. But you have to take these opportunities when they present themselves, so good luck to him. I think he’s a very good fighter.”

The younger Tszyu has recorded two stoppage victories since making his professional debut earlier this year, exhibiting a penchant for taking risks and big shots, with his older brother labelling him ‘The Butcher’ because of his aggressive style. It’s those same characteristics that have also caught Hearn’s attention. 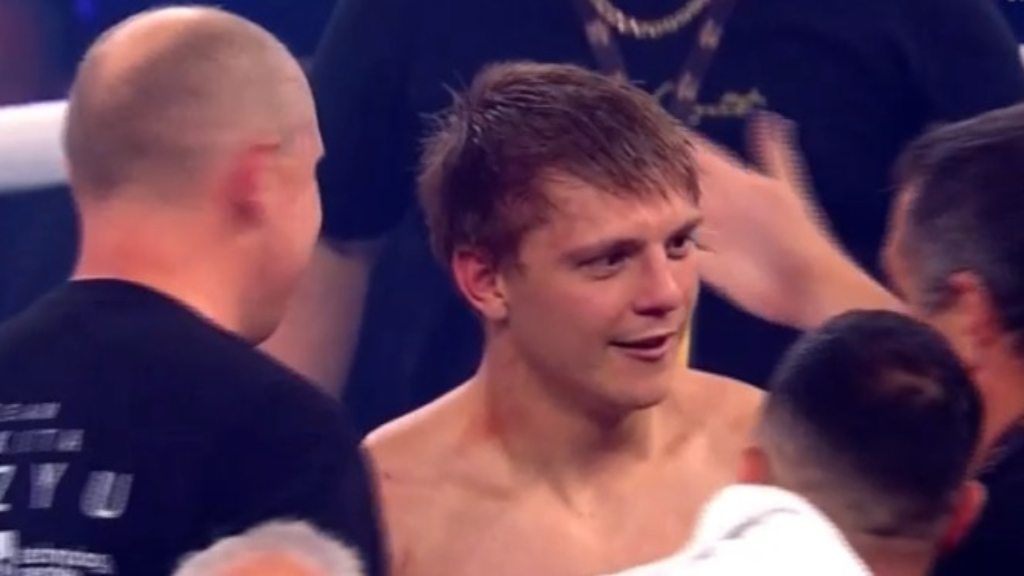 “I don’t know him but he seems quiet and he’s vicious and people like that, it’s all about entertainment. You have to be able to entertain people and when you watch a Nikita Tszyu fight, it’s early days, but he’s exciting and he entertains.”

Since witnessing Huni’s victory, it’s understood a match up with McKean (21-0), will inevitably be made by Hearn and Huni’s promoter Dean Lonergan, once the 23-year-old Aussie champ clears out the heavyweight division at home.

Hearn said along with the Kambosos v Haney fight and Tszyu’s upcoming world championship tilt, in addition to the plethora of talent on the rise, the potential for growth in the sport in Australia is worth investing in.

The promoter declared the likes of multiple world title winner Alvarez, who fights at 168lb [76kg) and former heavyweight champion Joshua are open to fighting in Australia, but an Australian opponent is preferable to make any clash viable.

If Tszyu, who fights at 154lb [70kg] does eventually move up in weight, which he has mentioned previously, and Huni continues his swift rise, such match-ups in Australia, which would have been deemed a pipe dream years ago, are realistic options because of the level of interest and support available.

“We look at Australian boxing, I’m seeing shows every week. I’m seeing good quality work from promoters in terms of the way the fights are being promoted, the talent on the cards and the support of the broadcast media,” Hearn said.

“We’ve already got Liam Paro, Brock Jarvis, Demsey McKean, Skye Nicolson, Ebanie Bridges, we’re not necessarily looking to sign another dozen fighters from Australia, we’re willing to work with everybody over here. We feel it’s going to be an important market for us.”