Rory McIlroy made another bold statement at the US Open. This time it was with his golf.

McIlroy has become a leading voice on the PGA Tour over the last few years, particularly with his rebuke of the Saudi-funded series that is disrupting golf. The opening round at The Country Club was a reminder he’s pretty good at his day job, too.

And a few fiery moments showed how badly he wants to end eight years without a major.

McIlroy made two straight birdies late in his round to become the first player to reach 4-under among early starters, only to miss the ninth green and make his only bogey for a 3-under 67 and a share of the clubhouse lead.

At the moment, McIlroy isn’t concerned with his strong stance against LIV Golf.

“It’s been eight years since I won a major,” he said. “And I just want to get my hands on one again.”

Even with a good start, and coming off a victory last week in the Canadian Open, it doesn’t figure to be easy. The Country Club might be as accommodating as it gets all week, with moderate wind and cloud cover keeping the sun from making greens crispy and firm.

And the best anyone could do was a 67.

Collin Morikawa, trying to win a major for the third straight year, thought he might be able to take it deep — at least by US Open standards — when he birdied the ninth hole to reach 3-under. But he didn’t make another birdie and closed with a bogey when he had to lay up short of the gaping bunker on the 18th, duffed a pitch into the sand and scrambled for a 69. 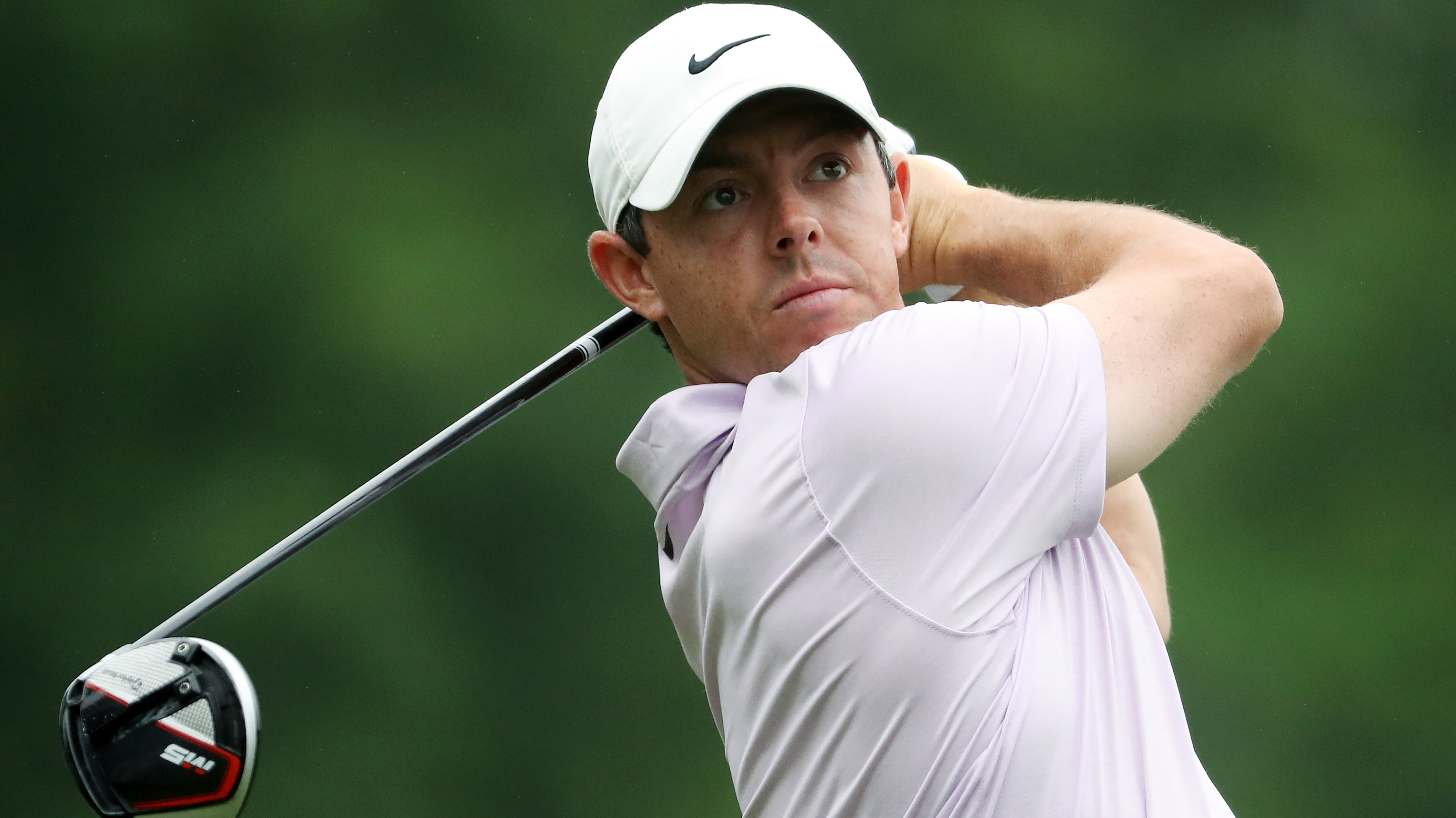 “I think it will only get tougher,” he said.

Jon Rahm was also at 69 after hitting wild drives on his last two holes and converting one for par, another for birdie.

It already was proving tough enough for Phil Mickelson, playing on American soil for the first time since he revealed his level of support for the Saudi-backed league and played last week in the first of Greg Norman’s events.

Mickelson four-putted from about 18 feet for double bogey on the par-3 sixth, dropping him to 5-over par through six holes. The controversial American is in real danger of missing the cut and is 7-over through 14 holes at the time of writing.

For McIlroy, it was his second straight major — and third time in his last four US Opens — he opened with a score better than par. There is confidence in his game for winning last week in Toronto, and there is passion rare for a Thursday unless the game is going badly.

He tried to drive the reachable par-4 fifth hole and caught an awkward lie in the thick collar above a bunker, forcing him to stand in the sand. He hit that into another bunker, and then twice slammed the club into the sand out of frustration. But he managed to save par.

“You’re going to encounter things at a U.S. Open, whether they be lies or stuff like that, that you just don’t really encounter any other week,” he said. “It’s hard not to get frustrated because I’m walking up there going, ‘Just come back into the bunker.’ The thickest rough on the course is around the edges of the bunker. So I was sort of cursing the USGA whenever I was going up to the ball.”

And then from the ninth fairway, his approach sailed to the right and he flung his club. He couldn’t save par on that one and had to accept a 67 — not a bad start, and no apologies for his few outbursts of emotion.

“Almost to remind yourself sometimes how much it means to you,” he said.

There’s a lot on the table outside of golf, too, with 13 players at the US Open who took part in the Saudi-backed LIV Golf last week, leading the PGA Tour to suspend those members.

McIlroy, the first to shut down talk of rival leagues in 2020, spoke passionately this week about building on the legacy handed down by Arnold Palmer and Jack Nicklaus. For those taking the guaranteed money for 54-hole events, he said it felt like “the easy way out.”

But now it’s time for golf, and there a vibe of relief that focus could turn to a US Open that first came to Brookline more than a century ago. Thursday was more about birdies and bogeys — mostly the latter in a US Open — and a place in history.

No other major is more open — roughly half the 156-man field has to qualify — and it showed with those who shared the early lead with McIlroy.

Dahmen debated whether to go a 36-hole qualifier 10 days ago in Ohio. The US Open is hard and he has been beat up from travel and pedestrian results. Plus, it was supposed to rain. But he went anyway, and he qualified with one shot to spare.

Lingmerth was in the same qualifier and had to play 36 holes and then some because of a 5-for-1 playoff for the final spot. That went to Hayden Buckley — he was among those at 68 on Thursday — and Lingmerth was first alternate. He got in when Martin Kaymer withdrew.

Tarren got one of three spots in the Canadian qualifying site.