New Zealand coach Danny Hay has taken aim at FIFA over the officials appointed for their do-or-die clash with Costa Rica after they were eliminated from the World Cup in controversial circumstances.

The All Whites were devastated to lose the one-off game 1-0, with a controversial red card for Sydney FC star Kosta Barbarouses just one big call that went against them.

Following the match Hay expressed surprise that FIFA had appointed a referee from the United Arab Emirates as opposed to a European official, such as the one selected for the Socceroos’ victory over Peru.

Costa Rica completed the 32-nation World Cup line-up with their victory but a contentious VAR decision ruled out an equaliser for the Kiwis and they were dealt another blow in the second half when Barbarouses was sent off.

A check for a foul by the VAR decided midfielder Matt Garbett had wrestled Oscar Duarte to the ground in the build-up to his cross that led to Chris Wood putting the ball into the net after 39 minutes. Barbarouses, meanwhile, was on the field as a substitute for just nine minutes before being shown a straight red card in the 69th minute for a poor challenge.

After falling behind in the third minute through a Joel Campbell goal, New Zealand rallied from the early setback to dominate possession and create more and better scoring chances, even after going down to 10 men for the last quarter of the match, with Costa Rica goalkeeper and captain Keylor Navas keeping the Central Americans in the contest.

“If I’m being honest. I thought some of the officiating was absolutely atrocious,” Hay said at the post-match press conference.

“The disallowed goal was two players battling for the ball. The foul could have gone to Matt Garbett to start with. Obviously VAR got involved and overturned that.”

“I haven’t looked closely at the other one,” Hay said.

“Our analyst, who was watching in the stands, wasn’t convinced, but we could be proven wrong.”

Hay says he was stunned by the appointment of Mohammed Abdulla of the United Arab Emirates to handle the one-off game.

“When we looked at what Australia got against Peru last night with good quality European officiating, I thought FIFA made a mistake in such an important game for us,” he added.

Navas saved his best for the tense late stages, rising to push away a curling left-foot shot by Clayton Lewis and getting down to block Wood’s low drive. 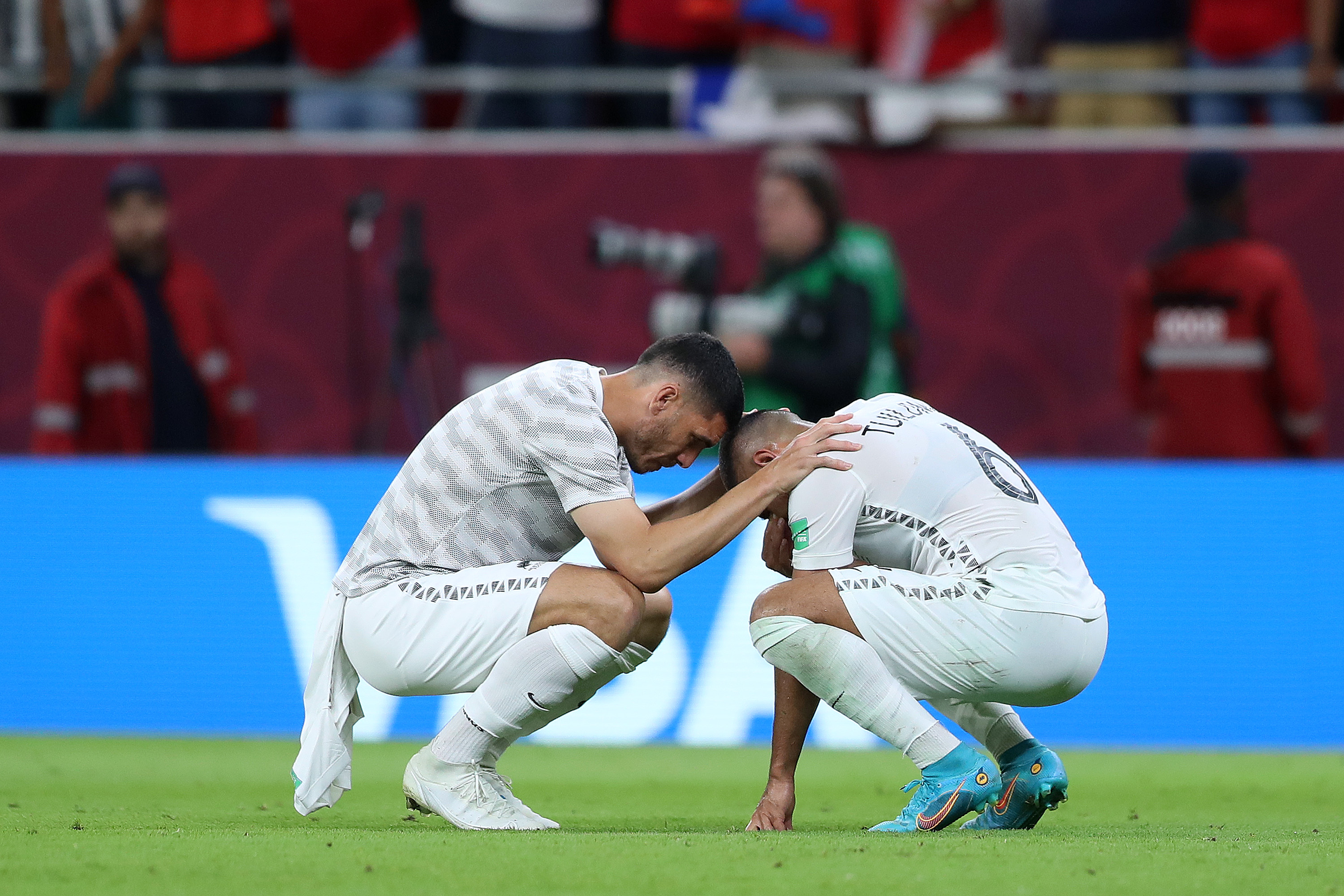 It lifted Costa Rica, the 2014 quarterfinalist, to qualify for its third straight World Cup and sent New Zealand to a third straight failure in the final qualifying test. The latest Kiwis loss in intercontinental playoffs followed exits against Mexico for the 2014 tournament and Peru four years later.

Costa Rica coach Luis Fernando Suárez scored his own World Cup hat trick. He previously took Ecuador to the 2006 tournament and led Honduras there in 2014.

A tough World Cup assignment awaits as Suárez and his team will face two of the past three champions in Group E. Spain is the first opponent on November 23, then Japan and Germany.

Costa Rica scored from its first attack when Campbell, the former Arsenal forward, muscled between two defenders near the penalty spot to meet a low cross from teenager Jewison Bennette. Campbell directed a left-foot shot low into the far corner of the net.

A World Cup place was the perfect gift for Bennette, who turns 18 on Wednesday.