Justis Huni was expected to win and with “beautiful work”, in the words of boxing legend Jeff Fenech, the Australian blitzed his task.

In a fight that left Huni’s left eye streaming with blood and Goodall’s left eye just about shut, Huni prevailed via a unanimous-points decision, the judges voting 100-90, 98-92 and 98-93.

AS IT HAPPENED: Huni silences doubters in brutal bloodbath 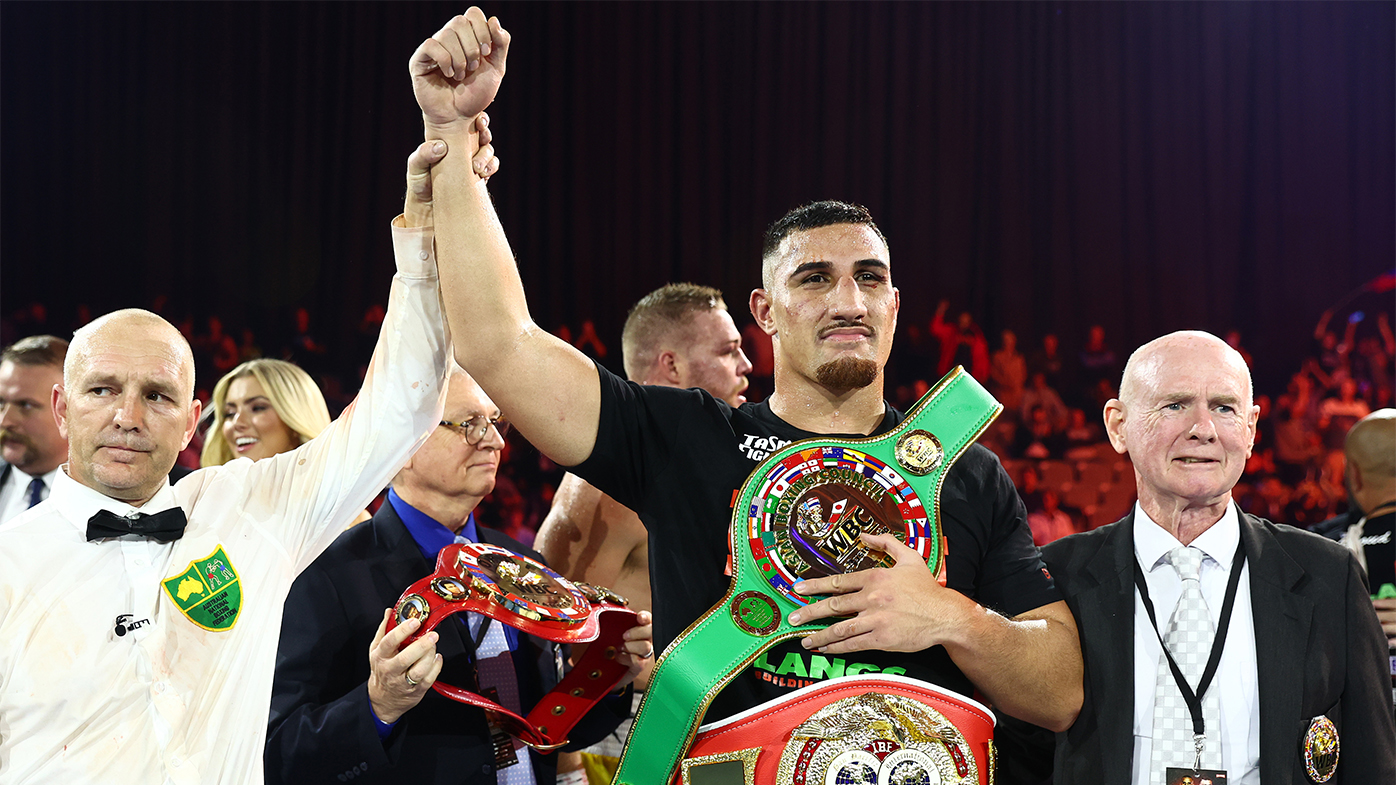 Huni is now in the top 15 of three of boxing’s four sanctioning bodies and one step closer to the world-title shot he craves.

The 23-year-old combined an assault of body shots with a barrage of right hooks and the occasional left hook as he wore down his rival.

“An outstanding heavyweight battle between an absolute animal in Joseph Goodall and a truly world-class heavyweight in Justis Huni, who is destined for something very special,” said Main Event caller Ben Damon.

“It was just a brilliant performance from Justis Huni.”

The extreme toughness of Goodall was on display as the 29-year-old swung relentlessly and withstood ferocious work in the pay-per-view fight.

While Huni dominated the bout, it was fitting that the fight went the distance because of Goodall’s admirable resilience. 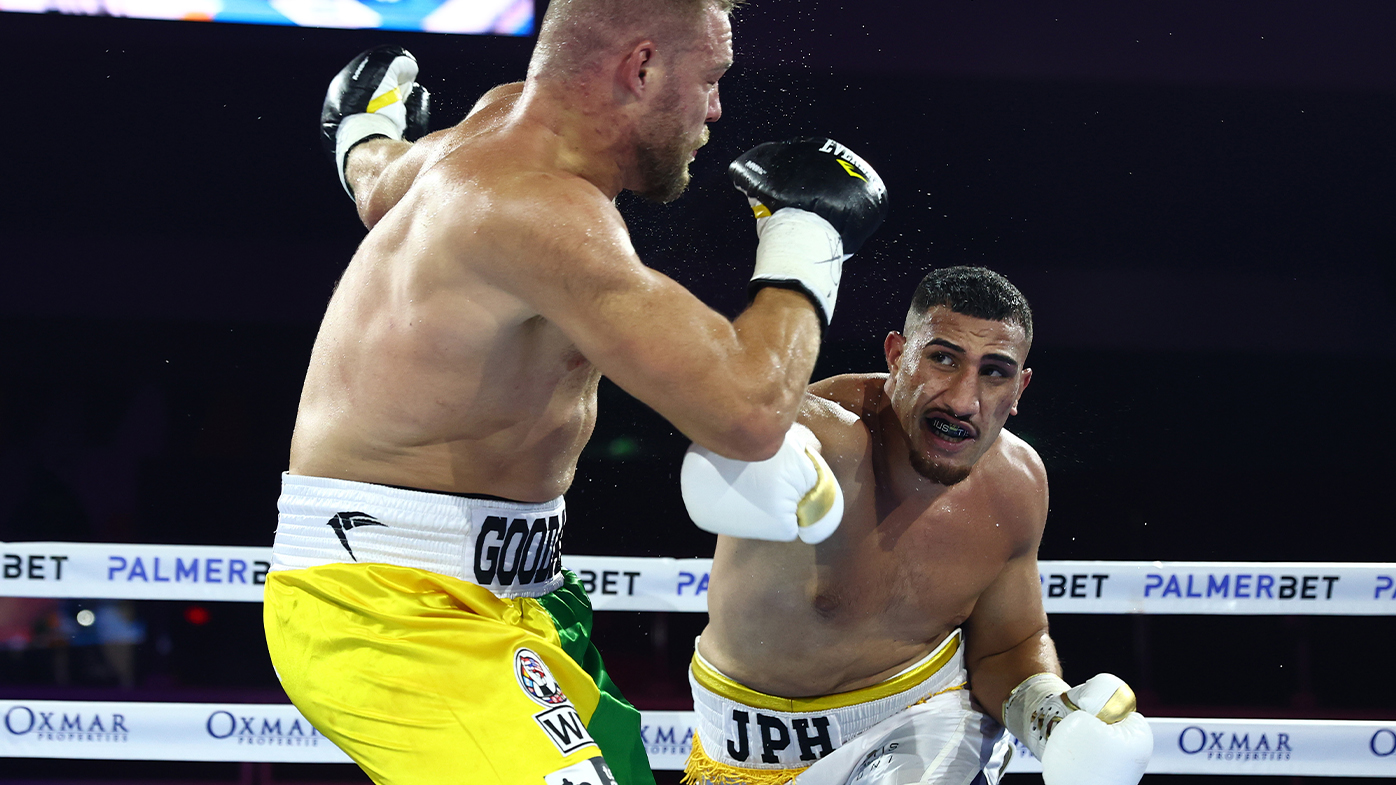 “The main event was a terrific heavyweight war,” Michael said.

“You don’t often see great heavyweight fights. That was a ripper.”

Huni applauded Goodall after the bout.

“We knew Joe was going to come tough. He always does, even in our spars, so we just had to prepare for it,” Huni said.

“It worked out well for us.”

He said it felt surreal to be inching closer to fighting on the world stage.

“It’s unbelievable. You do all the training and everything and you think, ‘When’s the date going to come?'” Huni said.

AFL great asks ‘what are we doing to this kid?’