Melbourne captain Max Gawn is set for a stint on the sidelines after suffering a syndesmosis injury during the second half of the Demons’ 26-point loss to Collingwood on Monday.

Scans have confirmed the injury but reassuringly showed the ankle area is stable and does not require surgery. Gawn is expected to miss between three to five weeks with his recovery.

A syndesmosis injury, often referred to as a high ankle sprain, involves damage to one or more of the ligaments binding the two long bones in the lower leg. 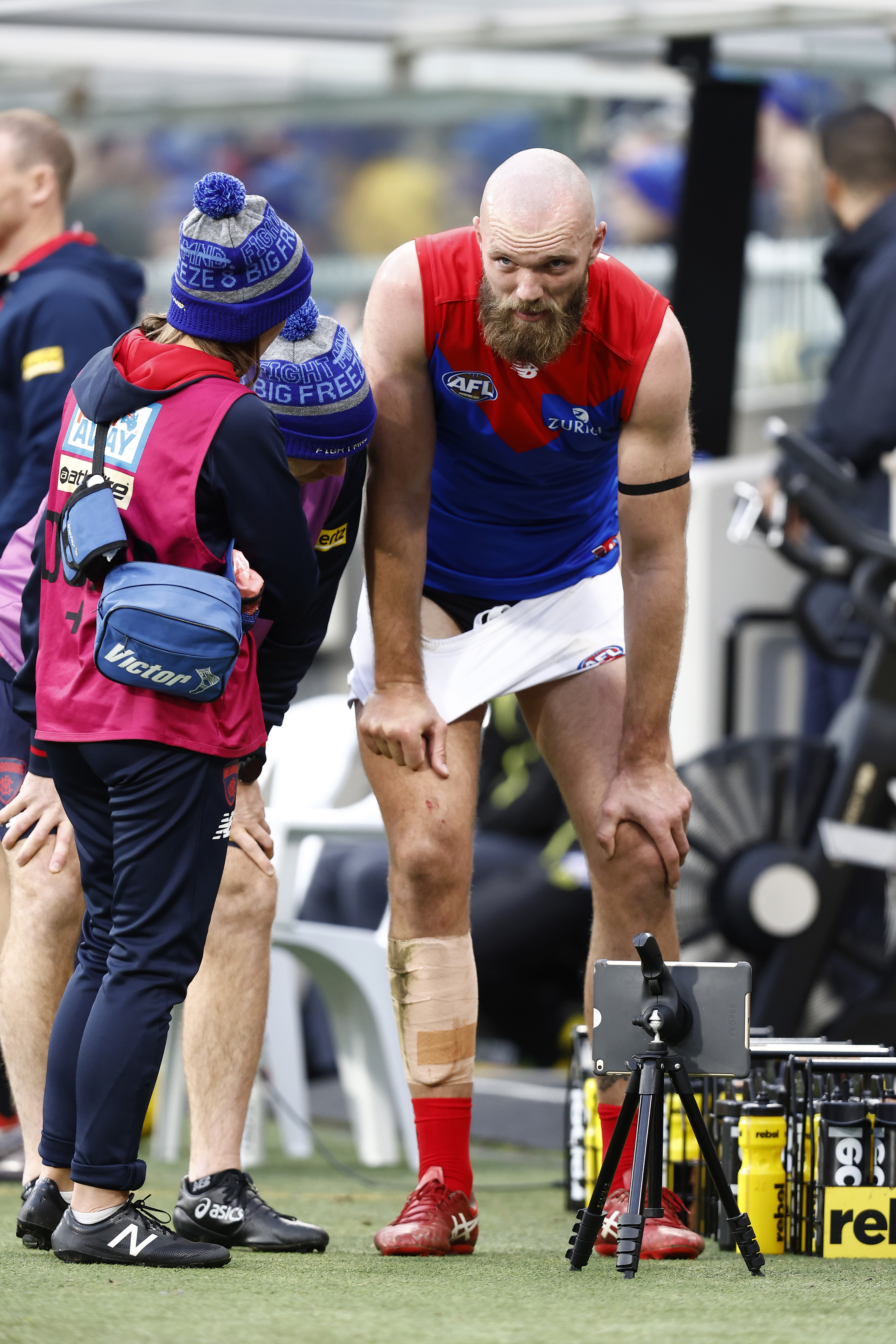 “Max had a left ankle concern during the game and, while he managed to battle through, was quite sore afterwards,” Melbourne’s Alan Richardson said on Wednesday.

“He had some scans on Tuesday, which unfortunately showed some ligament damage.

“Max will be in a moonboot until early next week and will then begin his structured rehabilitation program.

“It’s obviously disappointing that we will be without our leader for the next three to five weeks, but we’re hopeful it’ll be a relatively quick recovery for Max, and he won’t miss too much footy.”

Gawn’s injury caps off a week to forget for the Demons, the club having now lost three consecutive matches in the wake of last week’s restaurant brawl saga.

Melbourne have a bye this weekend before meeting Brisbane in a top of the table clash in round 15.