Kaufusi fronted the panel on Tuesday night to plead not guilty, and after an hour-long hearing he was free to walk away with his wallet intact.

“Shouldn’t have been charged.”

The rugby league world stands divided after the NRL’s match review committee dealt Kaufusi an $1800 fine for his elbow to the face of Roosters playmaker Sam Walker on Saturday.

The Dolphins-bound forward would have been fined $2500 if he failed at the judiciary. 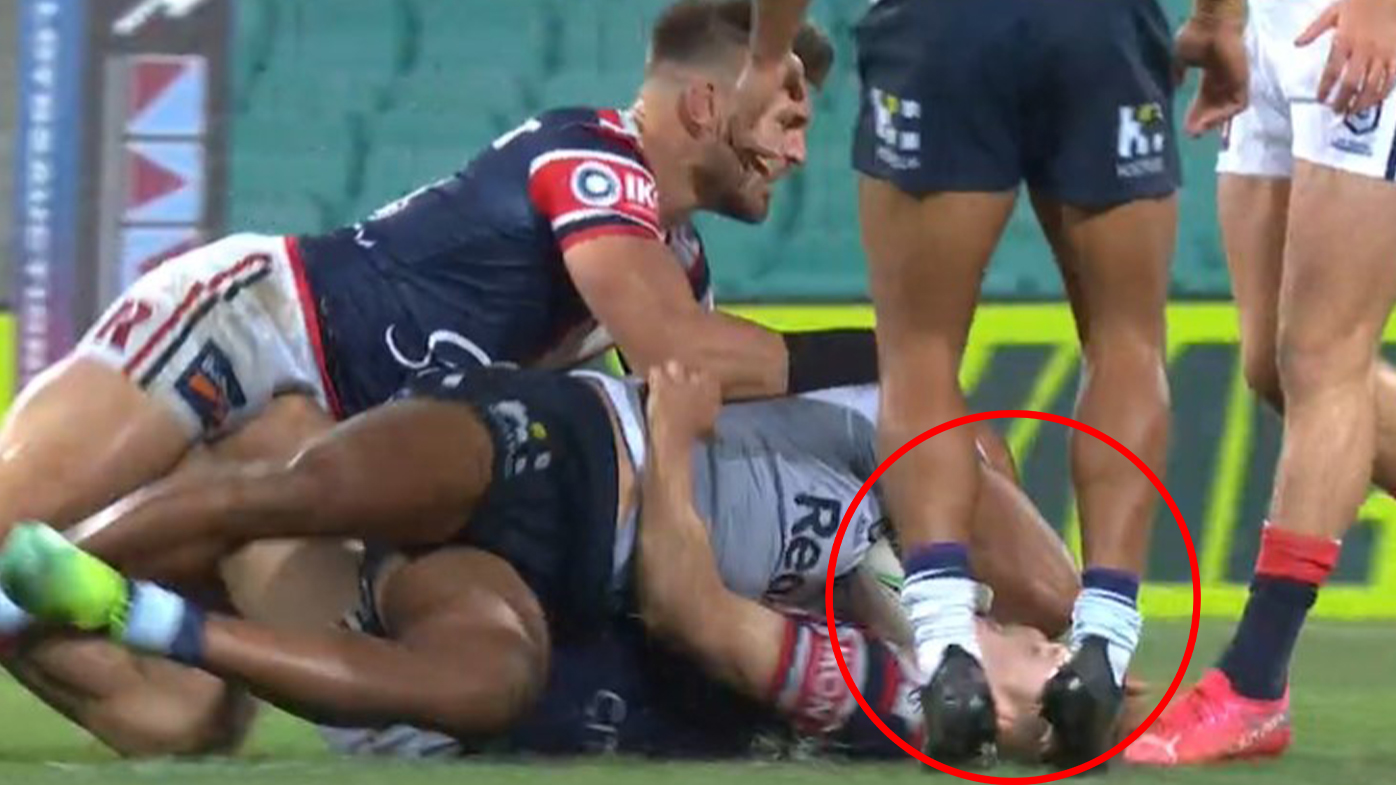 Kaufusi’s right elbow thudded into Walker’s face as the Storm back-rower took a hit-up early in the second half.

Even despite suggestions Kaufusi should have been suspended, Gallen launched a passionate defence of the 30-year-old.

“Did he mean it? You know what? He probably did.

“But it’s a contact sport, and I just think it’s part of the game. I don’t think he should have been charged at all.”

As Kikau burst through the Newcastle defence for an early try, his left arm collided into Ponga’s head and the Knights co-captain crashed to the turf.

“Are you going to start pulling up things like that, too?” Gallen said. 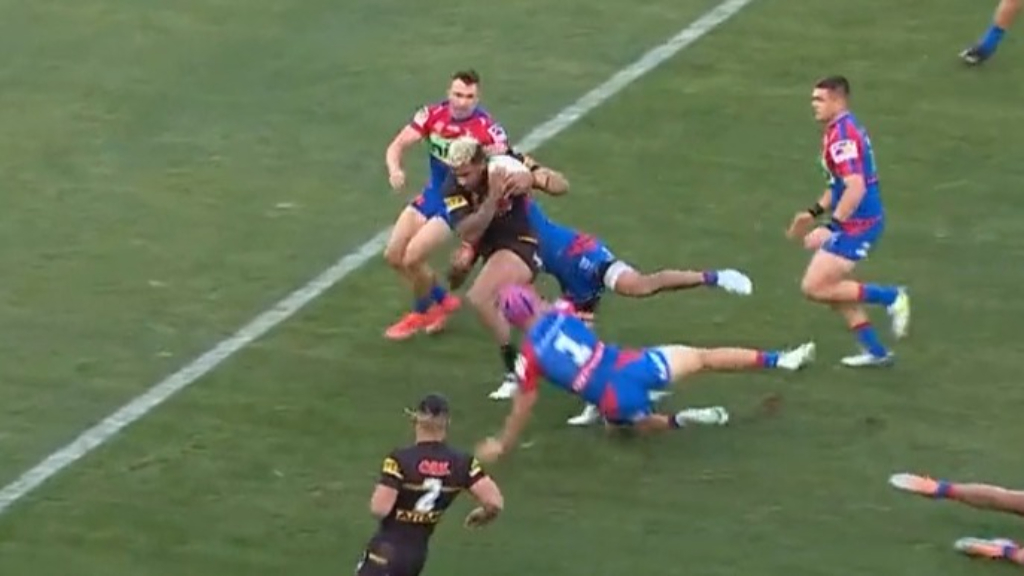 “I don’t think it’s a charge,” he said of the Kaufusi incident.

“His elbow’s on his head … it’s a contact sport. As I said, he probably does drive him to the ground.”

“Do you think he did it on purpose?” Chammas said.

“And that’s not a charge if he does it on purpose?” Chammas asked.

“Elbows him to the head while he’s on the ground?”

“I’m not saying it’s an elbow to the head,” Gallen said. 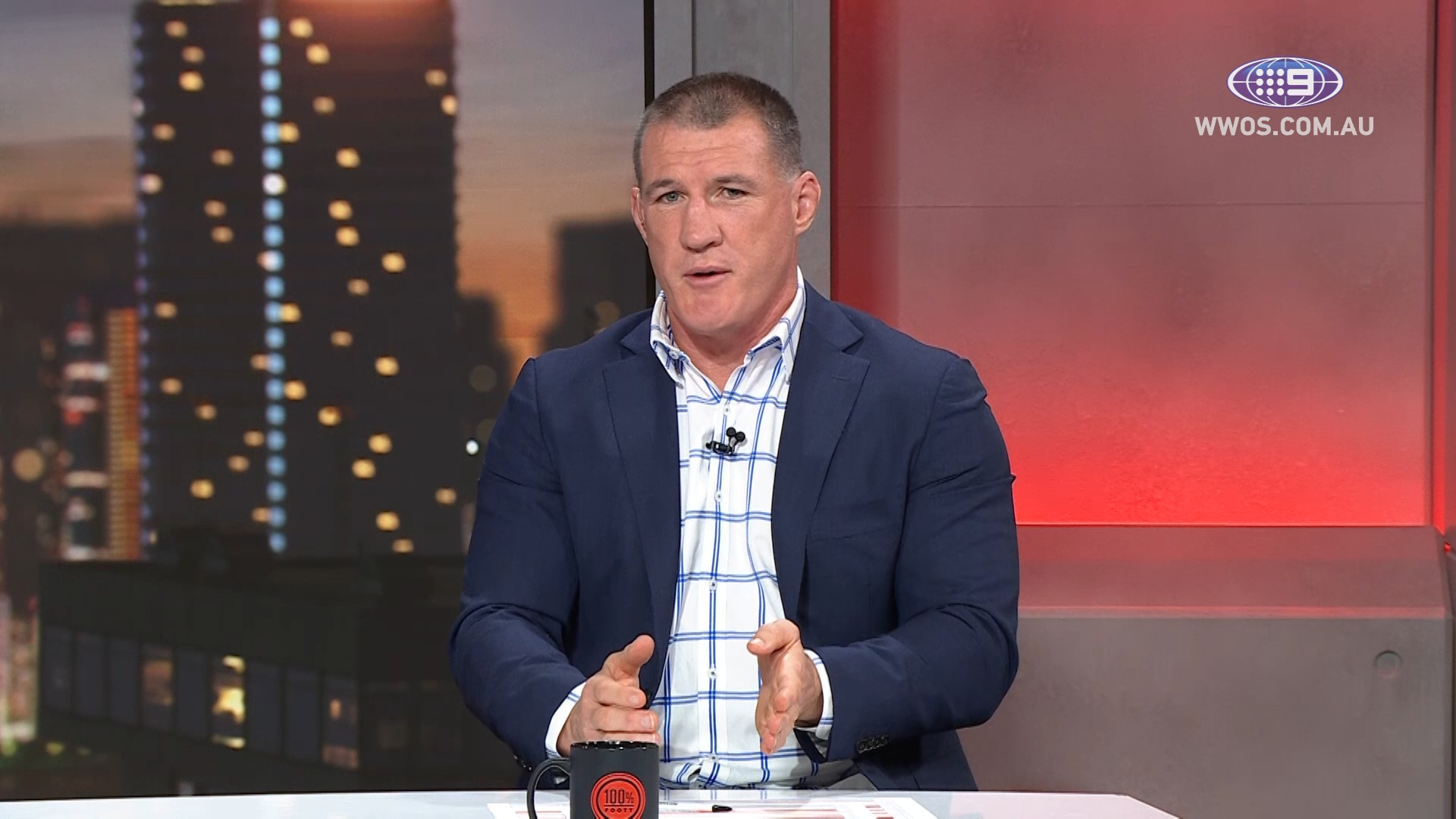 Phil Gould found a humorous way to chime in.

“Sometimes I think Paul Gallen’s the dumbest person I’ve ever known, and then every now and then he comes out with common sense like this and I think he should be in charge of the judiciary,” Gould said as the panel laughed.

“There was nothing in it.”

The Storm beat the Roosters 26-18 at the SCG and are now set to meet the Broncos in Melbourne next Friday.

Kaufusi is expected to line up for Queensland in game two of the State of Origin series on June 26.