There is no hiding the disappointment of a New South Wales Blues defeat in the State of Origin opener, but when are those of us born south of the Tweed River going to learn?

Since the 16-10 loss to the Queensland Maroons at Accor Stadium, I’ve heard critics and so called fans of the team demand mass changes for game two, an explanation on why Josh Addo-Carr and Jake Trbojevic were overlooked for the team and some of you are even suggesting Brad Fittler can’t coach. Excuse me?

‘Freddy’ is attempting to become just the second NSW coach to win a fourth series, behind Phil Gould who won six. The Blues dominated the Queenslanders by winning two of the three games played last year in enemy territory, and now after a six point loss to the Maroons, everyone wants to hit the panic button. It’s ridiculous.

The eighth Immortal Andrew Johns reminded me on 2GB last week, “Isaah Yeo was half a metre away from taking the game to extra time.”

“In those key areas Queensland got it right, they were harassing Nathan Cleary, they were getting off the line, stopping the go-forward and if NSW got forward better, Nathan would have got room, Damien Cook out of dummy half and James Tedesco more time; there’s nothing in it,” Johns said.

I’ll remind everyone again, including the panic merchants who want wholesale changes, the margin was six points.

Brad Fittler is a genius when it comes to rugby league and there’s not much he can do from a coaches box to fix the problems during a brutal and high-intensity Origin clash, but just like ‘Joey’, the Blues legend and most capped player has identified the areas to improve.

The equation is pretty simple; the Blues need to win on June 26 at Optus Stadium in Perth to send the series to a decider, otherwise the Queenslanders will be ordering the bronze to erect a statue in honour of their rookie coach Billy Slater outside Suncorp Stadium. 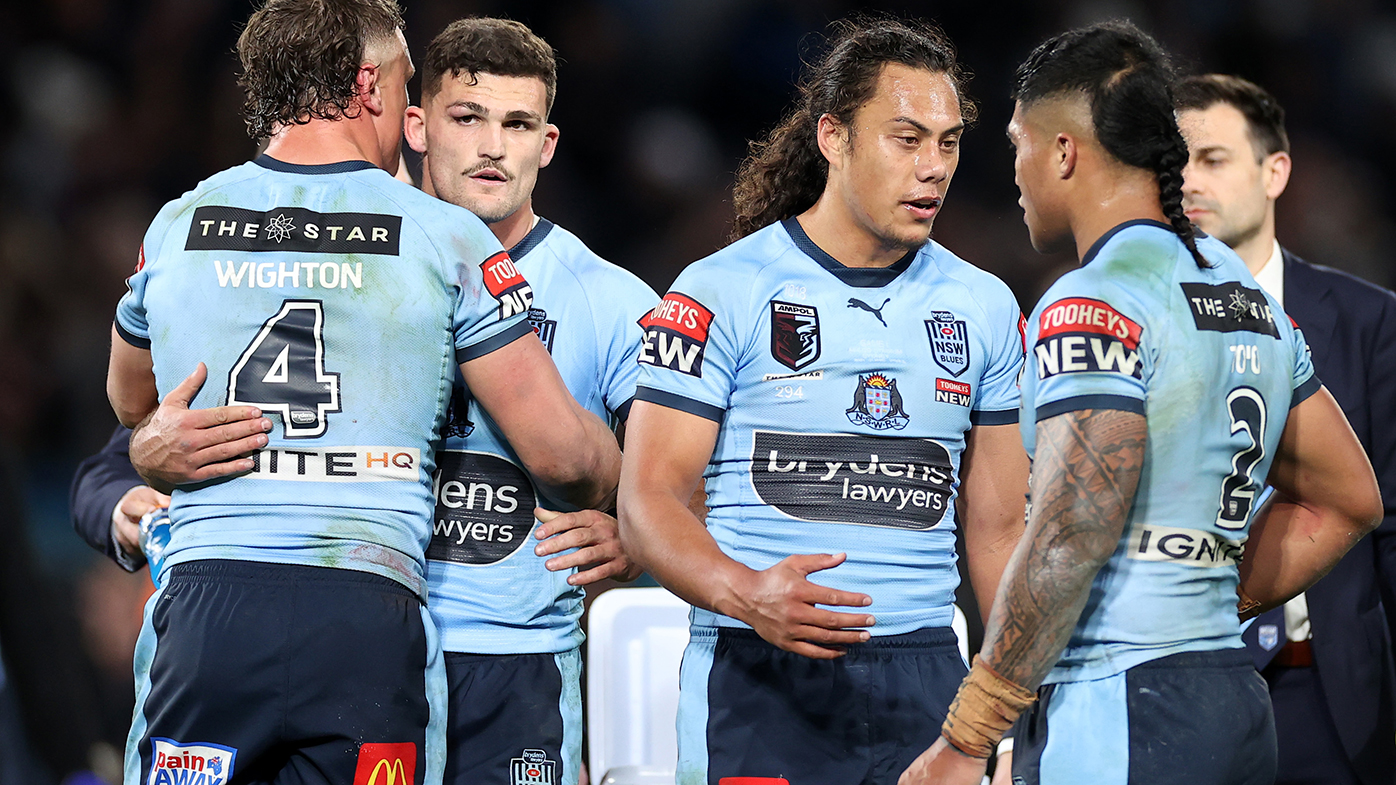 The champion fullback is attempting to become just the sixth Maroons coach to win the series in his first attempt; he’d join the likes of Arthur Beetson, Paul Vautin and Mal Meninga.

Let’s not even contemplate that, because the NSW Blues are used to having their backs against the wall and I’m confident they’ll level the series in Perth.

Admittedly, the Blues will need to replicate Phil Gould’s 1994 NSW team if they’re to win the series by winning the next two games away from home. Keep in mind too, NSW hasn’t won a series decider at Suncorp Stadium since the Andrew Johns masterclass in 2005.

Everyone needs to take a big deep breath and have faith in our coach Brad Fittler.