Both Justis Huni and Joe Goodall’s camps have promised early fireworks in what has been billed as the biggest heavyweight fight on Australian shores in more than a century.

The two former sparring partners will go toe to toe at Brisbane’s Nissan Arena on June 15, with the fight Huni’s first since his 10-round TKO win over Paul Gallen last June. He holds a 5-0 career record with four of those wins coming via knockout.

While the 23-year-old is one of Australian boxing’s hottest young prospects, his promoter, Dean Lonergan, is fearful of Goodall (8-0-1, 7KOs), who has been training with legendary Kiwi trainer Kevin Barry.

“This is a fight that seriously concerns me,” Lonergan said.

“Joe Goodall, if we went back 12 months ago, I don’t think would’ve been half the fighter he is today after 12 months with Kevin Barry.

“He went away from the shores (of Australia) to Las Vegas as a mental and physical marshmallow. He’s come back and his body is chiselled like granite. I’ve got no doubt that the Kevin Barry DNA has been heavily ingrained in him.

“Kevin is in my opinion a master trainer. What Kevin brings to the table is a willingness to win and he will do anything to win. He’s trained guys in the past who I thought were mediocre fighters and turned them into absolute animals and guys who would do what they had to do to win.

“Whether it be elbowing, headbutting, low blows, Kevin is a master of all the dark arts of boxing and it’s fair to say this is what worries me in this fight, that Joe Goodall will come to the table with a whole lot of stuff that we’ve never seen before. 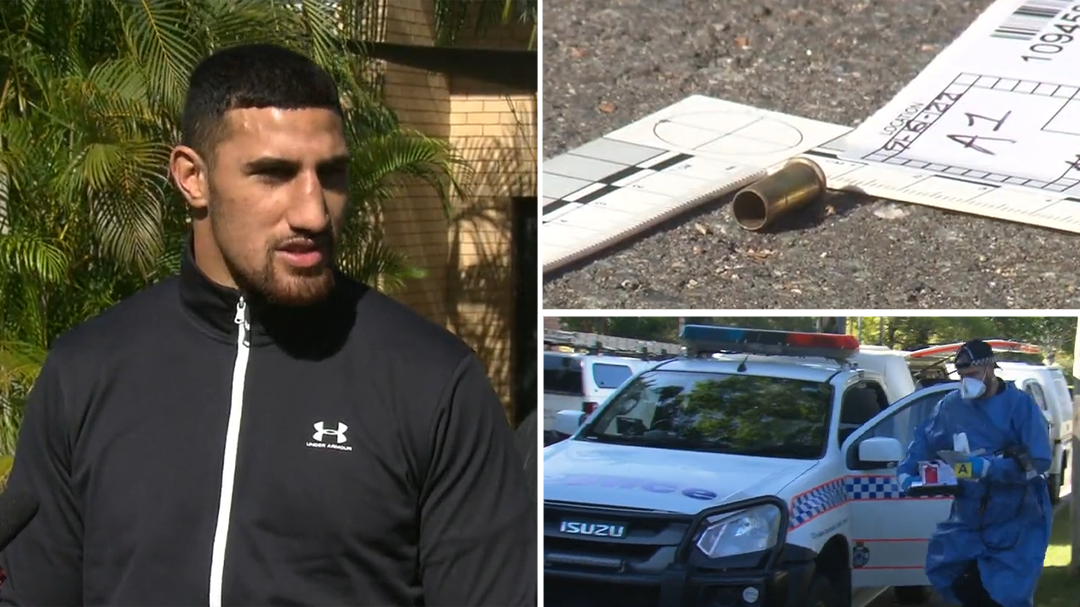 While Goodall said Lonergan’s assessment of him was somewhat “harsh”, Barry refused to take the bait from his old mate.

“They’re trying to get an emotional response from us. Let me tell you this: our team is very, very focused … no comments from Dean Lonergan or anyone else will divert us from our planning and our goal,” he said.

“And our goal is (on) June 15th for the Australian public and hopefully some people around the world to see just what a quality fighter Joe Goodall is … this is the most powerful Goodall’s ever been.”

While Huni’s father, Rocki, also believed the fight would not go the distance, he suggested it would be his son standing victorious at the end of it.

Huni himself refused to predict a result, instead tipping fireworks inside the ring.