Essendon great Matthew Lloyd has urged senior figures at North Melbourne to be tougher on No.1 pick Jason Horne-Francis, suggesting his behaviour has become a “distraction” at the embattled club.

Despite being just 12 games into his AFL career, Horne-Francis has already created plenty of headlines, particularly with regards to his future at the Kangaroos.

The 18-year-old was seen arguing with veteran teammate Todd Goldstein on the weekend and was suspended for two weeks for striking GWS Giants star Josh Kelly.

According to Lloyd, it is time for the Kangaroos to be stronger on their star man, rather than fearing how he’ll react to some discipline.

“I think for the first part of his career they’ve treated him kid gloves in a sense because they don’t want to upset Jason Horne-Francis,” Lloyd told Nine’s Footy Classified.

“Maybe it’s time to go the other way and say to him, ‘The tail can’t wag the dog, we’ll tell you what you’ll be doing. You’ve been petulant, you’re not defending like you should, and if you didn’t get your two-week suspension you might’ve gone back to the VFL. We want to see how you train in the next two weeks while you’ve been suspended and see whether you’re worthy of playing in our North Melbourne side next week’.

“You’re not going to respect what he’s saying because he’s not living and breathing it. It’s got to that point where if he’s still carrying on like this at the end of the year, I reckon his worth might be less by the end of next year. That’s where I’d seriously consider letting him go because he’s a distraction.

“Now it’s time for, not ripping him into shreds, but it’s time for these guys to say, ‘You know what? We’re not going to cop this anymore, Jason’.”

Lloyd compared Horne-Francis’ behaviour to that of Carlton gun Sam Walsh, who was also a much-hyped No.1 pick and landed at a struggling club.

“I want to compare him to Sam Walsh, his first 11 games won one as well. Yet, Sam Walsh was the hardest trainer and the most respected outside of (Patrick) Cripps by the halfway mark of his first season, that’s from speaking to people internally,” he said.

“He started sitting in team meetings and saying, ‘We’ve got to do this better, guys’. On the training track, he’d stop a drill and say, ‘This just isn’t good enough’, but no one said, ‘Who are you to say that?’, because they respected him straight away for the way he carried himself.

“On field he would’ve been frustrated, but does he show it? He’s only about the team. It’s certainly an area where you’d say try and arrange a sit-down with Sam Walsh, I’m sure he’d be good enough to do it.”

While it is expected that Horne-Francis will have a host of clubs after him if he chooses to leave North Melbourne, Port Adelaide great Kane Cornes warned him about hurting his own value. 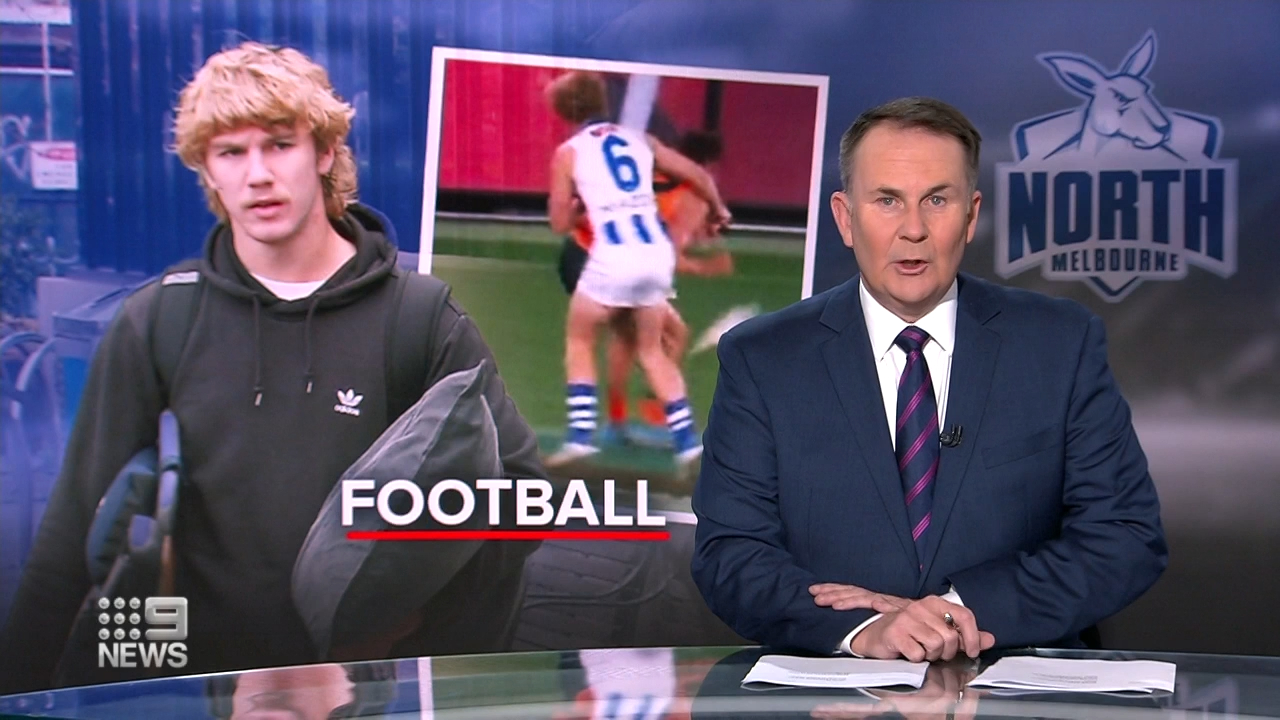 “He’s got to be careful,” he told Footy Classified.

“The dilemma for him now is… other clubs believe he is making noises that he wants to go and return home to South Australia. The clubs in South Australia are thinking, ‘Well, we’re going to have to pay him $800,000’.

“Say Adelaide for example, they’re going to have to pay him more than Rory Laird earns. So for him to walk in after acting like that, how do you go to Rory Laird and say, ‘This guy is going to earn more than you’? And what does it do for the culture?

“I believe Jason Horne-Francis is going to be an excellent player, he’s got attributes, he’s highly competitive, tough, courageous and really skilful. I think he’s going to get there, but it’s a big second half of the year with the way he’s conducting himself.”