PGA Tour Commissioner Jay Monahan described the Saudi-funded league that has signed up Dustin Johnson, Phil Mickelson and Bryson DeChambeau as a “series of exhibition matches” that spends billions of dollars on players without getting a return on its investment.

Monahan also said players paid an exorbitant amount of money would “have to be living under a rock” to not know they would be criticised for the source of the money. LIV Golf is backed by Saudi Arabia’s sovereign wealth fund.

“I would ask any player that has left, or any player that would ever consider leaving, ‘Have you ever had to apologise for being a member of the PGA Tour?’” Monahan said from Toronto on the CBS telecast of the RBC Canadian Open. 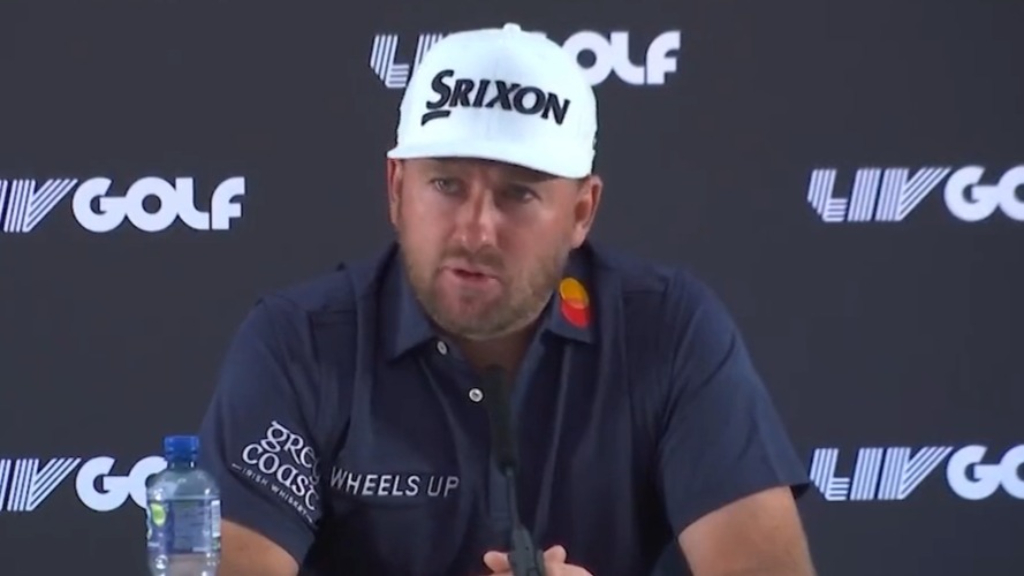 They were Monahan’s first public comments since Thursday, when Greg Norman’s LIV Golf series began and Monahan suspended all PGA Tour members who played at Centurion Golf Club outside London.

The LIV Golf Series has eight tournaments this year — five in the United States — with $35 million in prize money for each one, 54-hole events with no cut and 48-man fields. Charl Schwartzel won the first one Saturday and earned $6.75 million.

More than prize money, some players received enormous signing fees. The Daily Telegraph reported Johnson received $175 million, while Mickelson did not deny a report that he was paid $270 million for the startup venture. It was not clear for now many years they are committed.

In recent days, Norman announced DeChambeau and Patrick Reed have signed up and are expected to play the first U.S. event in Oregon at the end of the month. None of the top 10 players in the world has expressed interest in the new league.

Monahan said he suspended the players for violating tournament regulations. They were denied releases to compete in the London event and chose to play anyway. Players typically get three releases for overseas events, and two dozen got them for the Saudi International.

Monahan said that was a single event associated with a recognised tour (Asian Tour), compared with a series of events that poses a direct challenge to the PGA Tour by playing in the U.S.

“It’s my job to protect, defend and celebrate our loyal PGA Tour members, our partners and our fans, and that’s exactly what I did,” Monahan said. 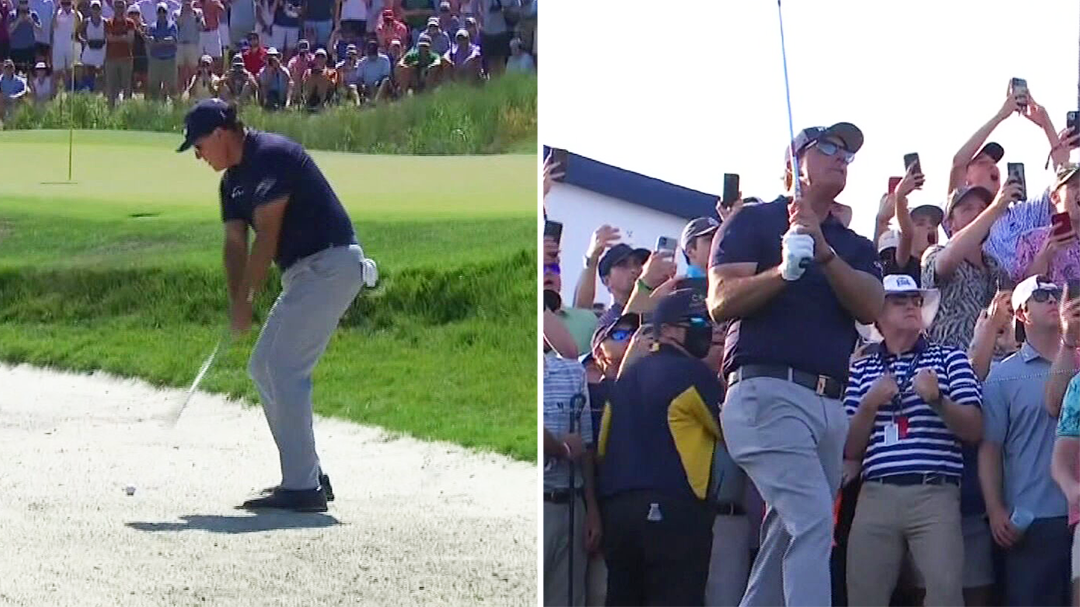 Norman and some players in the LIV Golf event have talked about being free agents, able to play wherever they wanted, and have positioned the new league as adding to world golf instead of competing with the PGA Tour.

Johnson, Sergio Garcia and Graeme McDowell were among those who resigned their PGA Tour membership. Mickelson, already at The Country Club on Sunday to start preparing for the U.S. Open, has said he plans to keep the lifetime membership he earned with 45 wins and six majors.

Asked why players couldn’t play both tours, Monahan answered with a question of his own.

“Why do they need us so badly?” he said. “Those players have chosen to sign multi-year, lucrative contracts to play in a series of exhibition matches against the same players over and over again. You look at that versus what we see here today.”

The Canadian Open featured Rory McIlroy, Justin Thomas and Tony Finau contending for the title, and Justin Rose challenging to shoot 59 or lower until he had to settle for a 60.

“You’ve got true, pure competition, the best players in the world here at the RBC Canadian Open, with millions of fans watching. And in this game, it’s true and pure competition that creates the profiles and presences of the world’s greatest players. And that’s why they need us. That’s what we do,” Monahan said.

“But we’re not going to allow players to free ride off of our loyal members.”

Still unclear was how the situation proceeds. The USGA has said it will not deny a player who earned his spot in the field at the U.S. Open, and the R&A is likely to honor the “open” nature of the British Open next month at St. Andrews.

Lawsuits are likely if PGA Tour players try to enter an event after being suspended for signing up and playing with LIV Golf. Norman has said LIV Golf would support its players.

Monahan did not say if there was a way back for players who joined Norman’s league, nor how it affects players who had never been a PGA Tour member.

Monahan was particularly biting on the money coming from the Public Investment Fund in Saudi Arabia, which has been accused of “sports washing” for using such a tour to take attention away from its history of human rights abuses.

He was asked how big of an issue the source of funding was.

“It’s not an issue for me, because I don’t work for the Saudi Arabian government,” Monahan said, a veiled dig at the notion of being a free agent. “But it probably is an issue for players who chose to go and take that money. I think you have to ask yourself a question: Why.

“Why is this group spending so much money — billions of dollars — recruiting players and chasing a concept with no possibility of a return?” he said. “At the same time, there’s been a lot of questions, a lot of comments, about the growth of the game. And I ask, ‘How is this good for the game?’”