Brad Fittler has stopped short of guaranteeing a spot for Latrell Mitchell in his NSW Blues side for game two, even if Kotoni Staggs is unable to recover in time.

Staggs was forced off the field in the State of Origin opener after suffering a shoulder injury, but Fittler revealed that 23-year-old had not sustained any structural damage.

Mitchell is one of the contenders to come into Fittler’s side in the centres, but faces a race against time as he recovers from a serious hamstring injury.

When questioned over the Souths star’s potential return, Fittler suggested that he would not be an automatic selection despite his Origin pedigree. 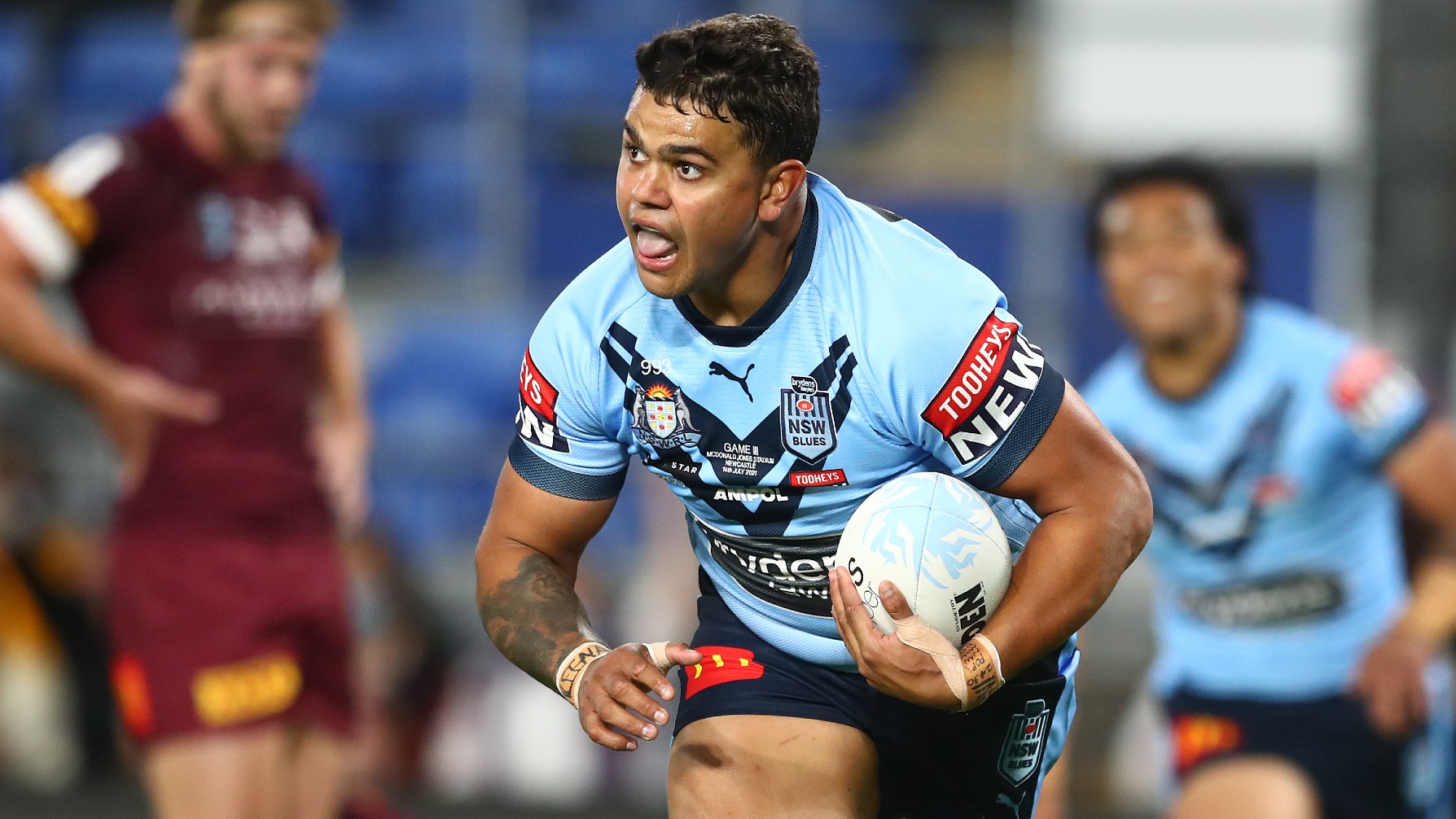 “I think we first wait and see what he’s doing with South Sydney,” he told Nine’s NRL Sunday Footy Show.

“He’s obviously a South Sydney player until State of Origin is on. I’ve spoken to Jason (Rabbitohs coach Jason Demetriou) before and their trainer is on our staff so we have a pretty good look at how Latrell is and what he’s capable of doing.

“I think everyone would like to see Latrell play at this next level, he’s a great player, and he loves playing at that level.”

Mitchell has made seven appearances and scored six tries for NSW, with his debut coinciding with Fittler’s own debut as Blues coach in 2018.