Australia’s standing within the UFC may never have been stronger than it is right now – and it took another step up with a trio of Australians claiming victory in Singapore on Sunday.

Jack Della Maddalena and Jake Matthews were both promoted to the main pay-per-view card and repaid the faith shown in them by fight organisers, each recording impressive finishes.

Joshua Culibao won via decision on the preliminary card, while Jacob Malkoun came agonisingly close to making it an Australian clean sweep, only to lose 29-28 on all three scorecards.

Training partner and former middleweight champion Robert Whittaker clearly disagreed with the decision, as he watched along from ringside.

But Malkoun’s defeat aside, it was a perfect day for the Australian contingent – culminating in Matthews recording the biggest win of his life, knocking out Portugal’s Andre Fialho in the second round.

“I’ve had this sort of skill level my entire career, and thank god we were able to bring it to the fight this time,” he said after the fight. 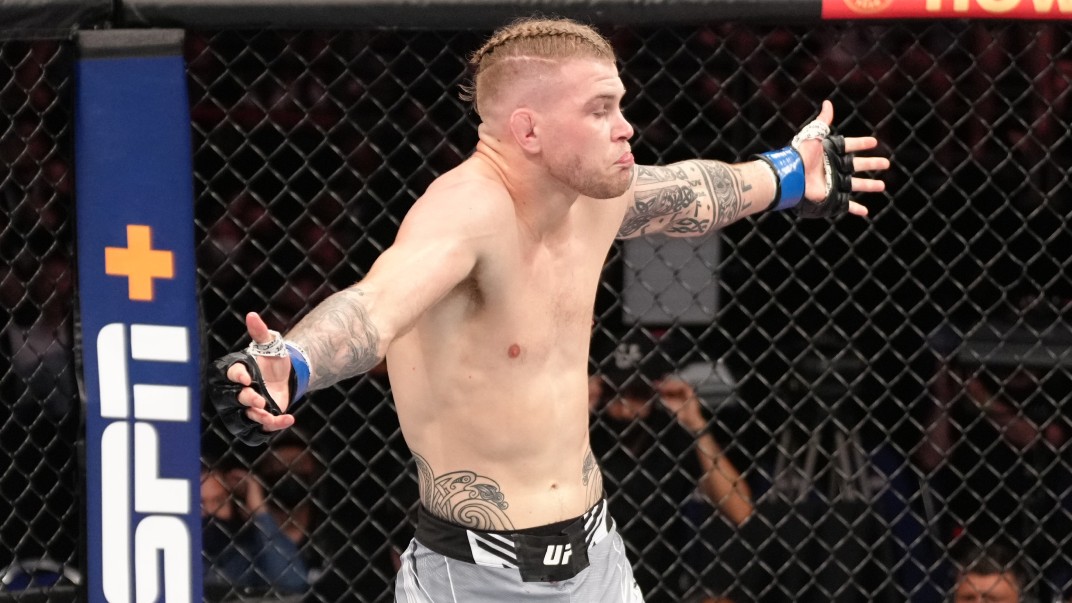 “Get used to seeing that.”

Matthews used his time on the microphone to make his case to appear on the UFC’s Paris card in September, which will already include Whittaker, Tai Tuivasa and hopefully Tyson Pedro.

“My boys in Australia are fighting in France, I want to get on that card as well, let’s go.”

His win came just minutes after Della Maddalena’s round one TKO of Ramazan Emeev, a flurry of body shots proving too much for the Russian. 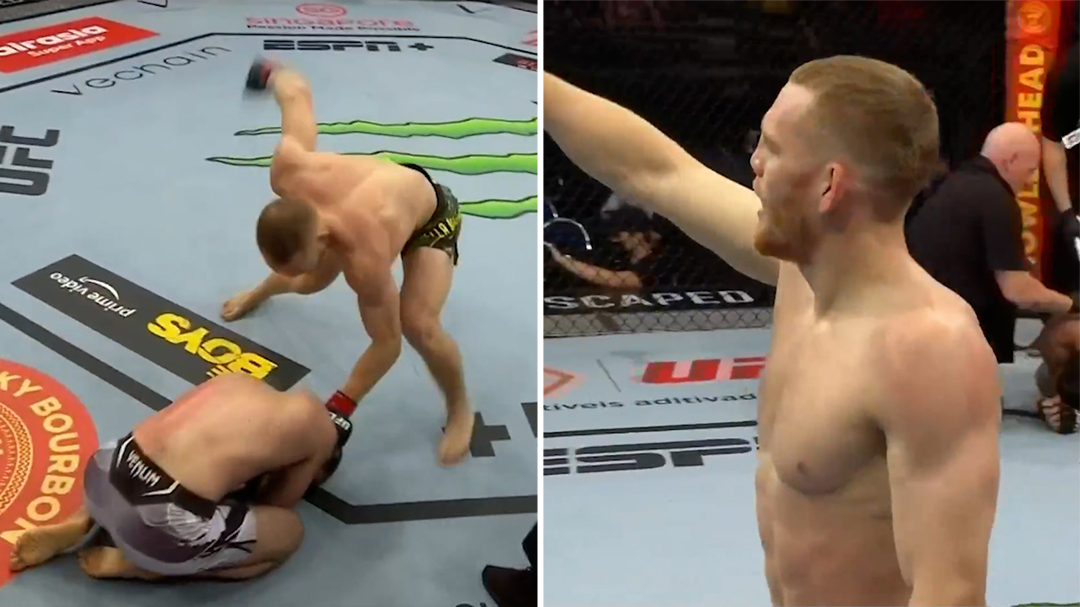 Emeev had never been stopped in the UFC before, winning or losing each of his first seven fights by decision.

Della Maddalena told Wide World of Sports before the fight that it was his goal to win via a stoppage, and he duly obliged in less than two minutes.