Blues storm into final in thrilling win over Brumbies

It’s on like Donkey Kong. The Super Rugby Pacific final we all wanted, really. Irresistible force against immovable object. Perennial pretenders against metronomic contenders. Or, if you prefer, the Blues against the Crusaders, for all the marbles.

The dream grand final (with apologies to Chiefs fans), at Eden Park next Saturday night, was set up, firstly, with a magnificent defensive performance from the Crusaders on Friday night in Christchurch to strangle the Chiefs 20-7, and then with the Blues’ thrilling 20-19 Saturday night victory over an ultra-competitive Brumbies outfit at its home fortress.

Leon MacDonald’s side did it the hard way in front of a crowd of 26,900, like the Crusaders the night before, kept scoreless over the second spell as they hung on by the skin of their teeth. Two second-half yellow cards gave the Brumbies a route back as they charged back to within a single point in the closing minutes, and it was replacement Blues prop Ofa Tuungafasi who emerged an unlikely hero as he got up to charge down an attempted match-winning drop goal from Brumbies fly-half Noah Lolesio.

It was the Blues’ record 15th victory in succession in 2022 as they ride an unprecedented wave of momentum all the way to their fifth (proper) grand final. It will be the third match-up between them and the Crusaders in the showpiece clash, with the ledger sitting at one apiece. The Red and Blacks won at Eden Park, back in 1998; the Auks gained revenge for that with a triumph in the 2003 final at the same ground.

The Blues were led magnificently by their two best backs, with Beauden Barrett and Rieko Ioane unleashing consummate performances. Wings Mark Telea and AJ Lam put in big shifts, too, and Fin Christie was excellent on a busy night. Nepo Laulala scrummed superbly for the home side and Tom Robinson nabbed two massive lineout steals to mark a fine night’s work. 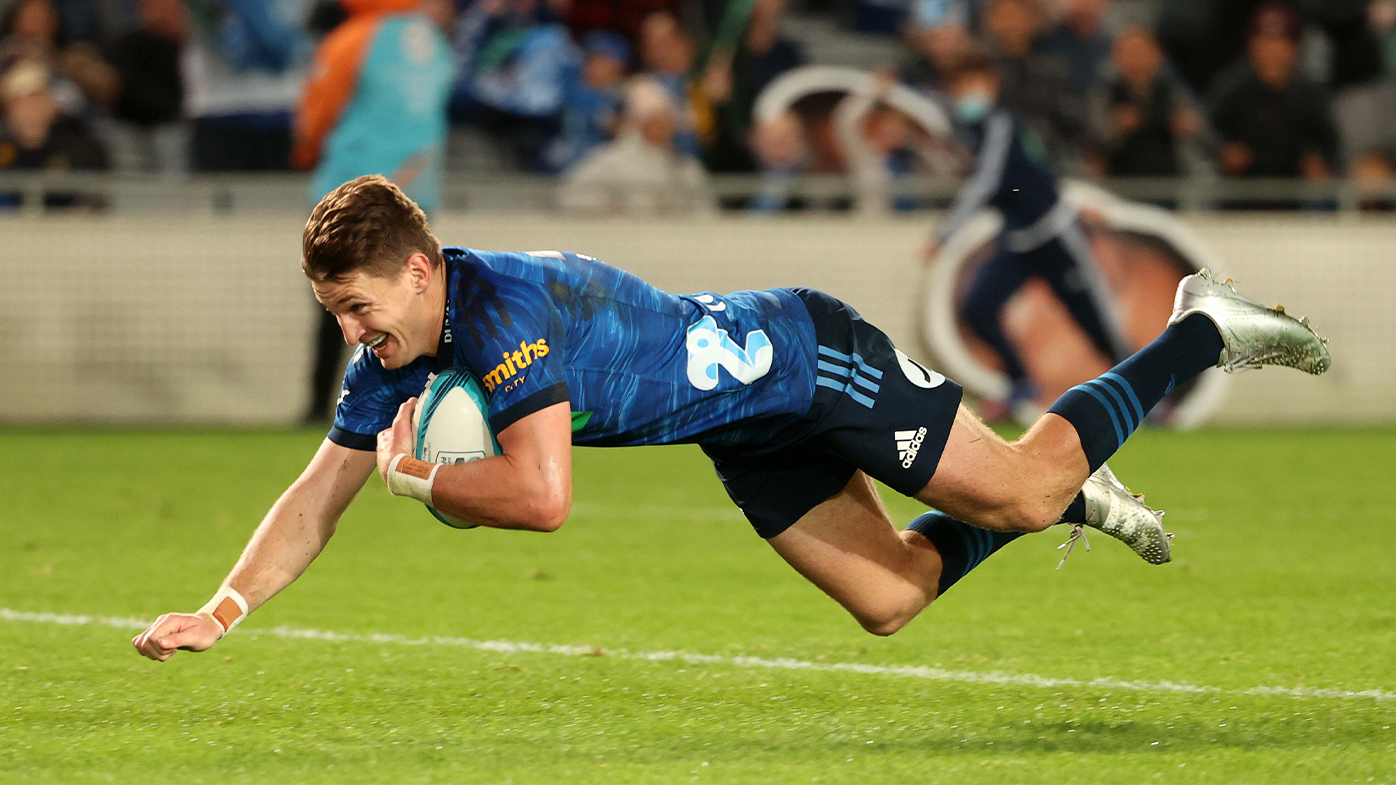 But the Brumbies simply did not give up and very nearly stole the match with some outstanding play by the likes of Tom Wright, Tom Banks and Irae Simone in their backs, and a pack who simply will not be denied on the drive.

The Brumbies made the perfect start when inside centre Simone skinned a flimsy defensive effort off a scrum from 40-odd metres out to give the visitors a dream 7-0 start.

But the Blues settled in slippery conditions, started to get on top at the scrum and dominated the second quarter to run in two superb tries for a deserved 20-7 half-time lead. Ioane and Barrett, who combined for 123 first-half running metres, featured prominently in the surging finish.

Ioane created the openings for both tries with scything runs, Hoskins Sotutu notching the first, in the 23rd minute, when Stephen Perofeta made ground from deep, Robinson and Rieko Ioane chimed in, and a few crisp phases later the No.8 was spinning over out of a tackle. 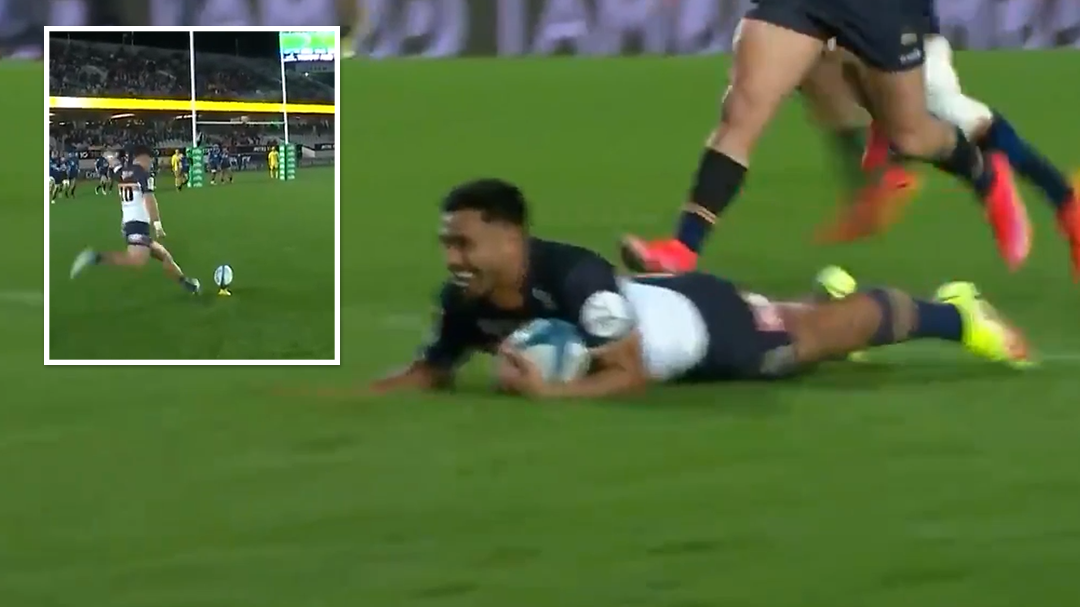 Watch every game of the 2022 Super Rugby Pacific finals, streaming ad free, live and on demand only on Stan Sport. Sign up for your free seven day trial!

In-form wing Telea added the second, a half-dozen minutes from the break, after Rieko Ioane was again set free on the left, Lam and Christie ran the support lines, and Barrett and Perofeta did the rest to allow Telea just enough room to wriggle over.

But the second half was the Brumbies’, as Kurt Eklund and Adrian Choat were both dispatched to the bin, and replacement hooker Lachlan Lonergan powered over for two tries to send the contest to the wire.

Tom Robinson”s 73rd-minute lineout steal, with the Brumbies readying for another drive at the line. At 20-12 it all but sealed the deal for the home side.

Wet conditions and the stakes meant it was always going to be less than free-flowing. But some of the skillwork from both sides was excellent, the physical commitment was right up there and the Brumbies stayed in the contest right until the end.

The Blues now get a crack at their first full Super Rugby title since 2003. To lift the silverware, though, they are going to have to get past the mighty red-and-black machine. It’s the signature final this inaugural season of Pacific footy deserves.

Beauden Barrett continued his princely form of 2022 with a command display. His touches, his running lines, his kicking game, his positional stuff… it was all top class as the Blues No.10 confirmed he’s playing as well as he ever has in a remarkable career.