There’s no denying the phenomenal untapped potential of Zac Lomax.

The Dragons centre, after all, was a member of Brad Fittler’s 2020 State of Origin squad.

But rugby league legends Andrew Johns and Paul Gallen have hit the 22-year-old with heavy scrutiny following a poor performance on Friday night. 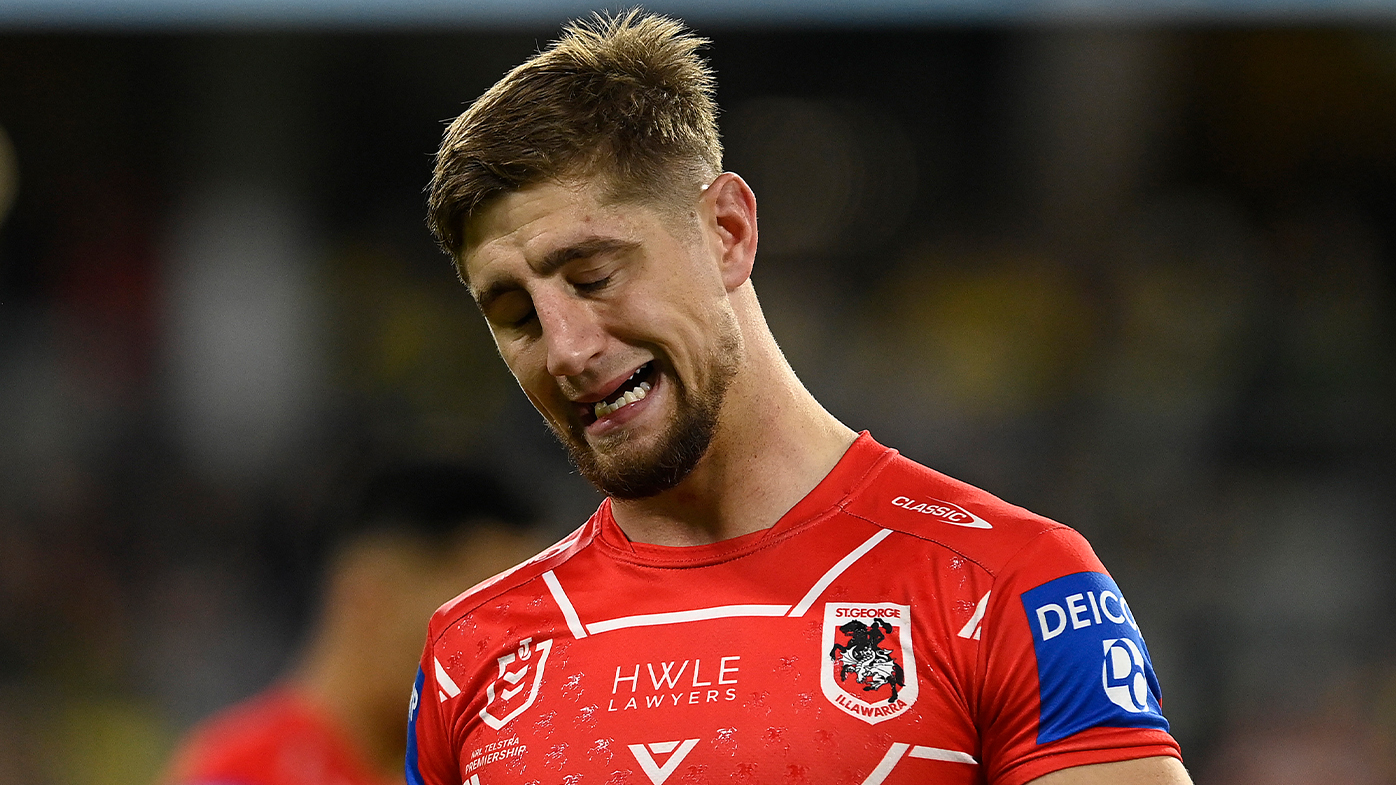 Lomax was a long way from his best as the Dragons crashed to a 31-12 defeat to the Cowboys in Townsville.

Perhaps the ugliest moment of Lomax’s night occurred early in the second half, when he attempted to release a flick pass to winger Tautau Moga only 10 metres out from the Dragons’ try line.

Lomax butchered the audacious move and Cowboys flyer Murray Taulagi made him pay, swooping on the footy and dashing over to score.

“Gus said in commentary there’s a really good player in there. But, at the moment, some of the fundamental errors: the flick passes, the basic two-on-ones where he’s not drawing the winger to get his winger away… he’s just got to nail those fundamentals,” Johns said on Nine’s post-game coverage. 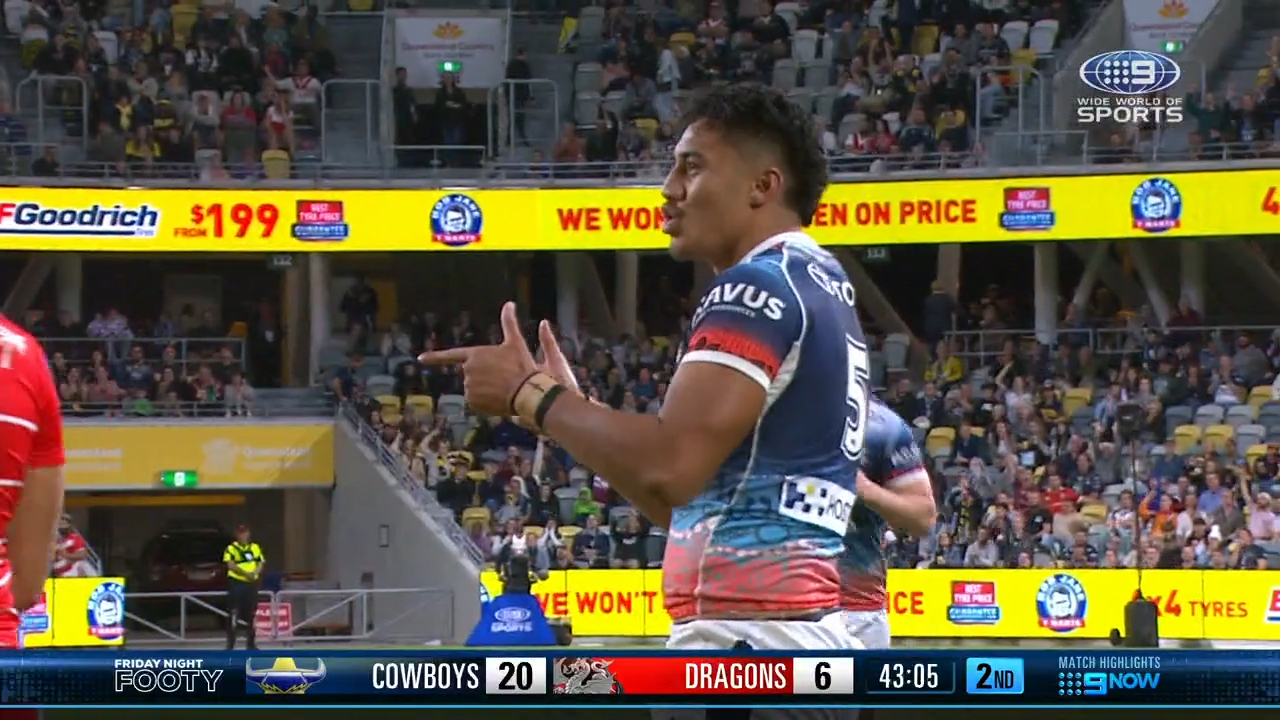 “He gets away with them sometimes, Joey,” Gallen said.

“There’s games where he does the no-look flick pass or the no-look pass and it comes off for him, but nights like tonight he had that flick pass 10 metres out from his own try line (and) it didn’t come off. He had another pass later in the game that went over the sideline.

“He’s just got to get the fundamentals of the game right. You’re right in that regard. You can’t always do the pretty or flashy play; sometimes you’ve got to bring it back to basics and just get the play done.” 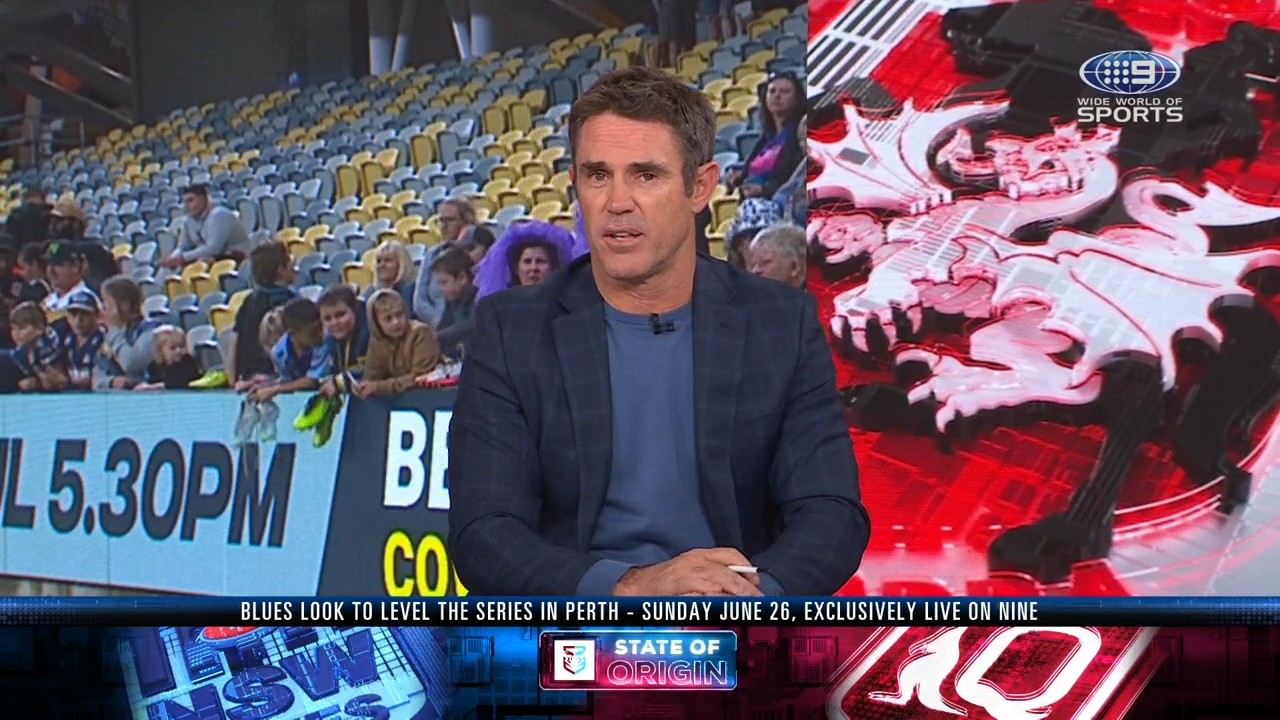 Johns said Lomax’s pitfalls were shared by the Dragons as a whole.

Anthony Griffin’s men had a chance to claw into the top eight on Friday night, but their seventh loss left them hovering in ninth.

“If the Dragons can just get some ball, get some repeat sets of six and apply some pressure they might be able to score some points. But they couldn’t do that all night. At no stage did the half, five-eighth and fullback combine. Their attack’s pretty ordinary, to be honest.”

Is Demon Pelosi the First Communist Speaker of the House? Last Night’s Production Was Straight Out of the Chavez Handbook